A quick look at the Royal Highland Regiment, as featured in the mod.

Today we'll take a bit of a quick look at the Highlanders featured in the mod.

The regiment in question is the 42nd Royal Highland Regiment. Better known as the Black Watch, the 42nd was one of the most famous and prestigious regiments in the British army. During the Napoleonic Wars they fought in every major campaign and were present for most of the key battles. They were also one of the few regiments to retain their Highlander destinctions (including the kilt) throughout the period.

In these few screenshots, you see privates and officers of the regiment doing what they do best: having at the French. The officer is wearing the typical campaign uniform, which consists of riding trousers (the kilt being totally unsuited to riding, for obvious reasons...) and a tartan sash called a Full Plaid, or a Highland Scarf in the parlance of the day. He is also armed with a 1798-pattern Glasgow-hilted Claymore. 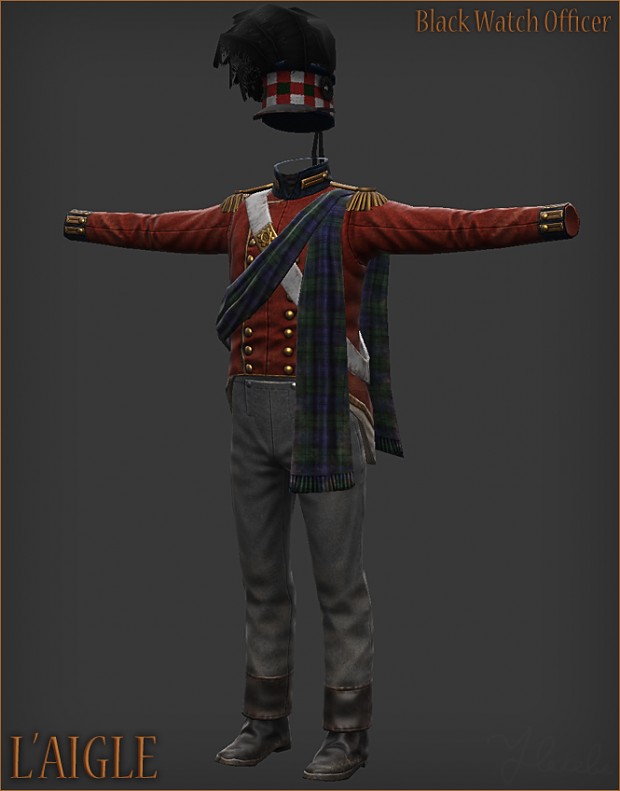 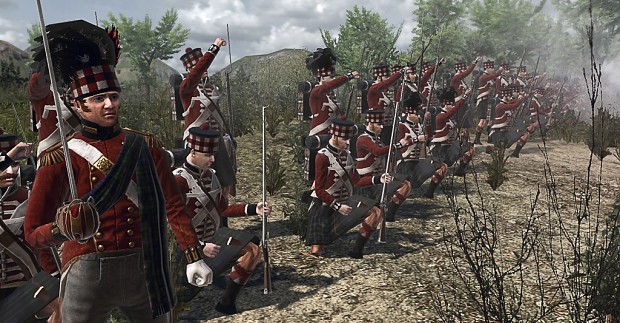 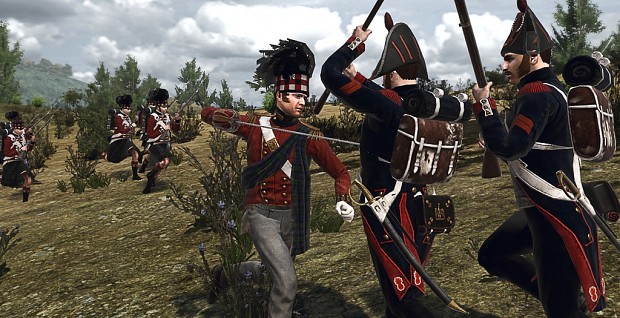 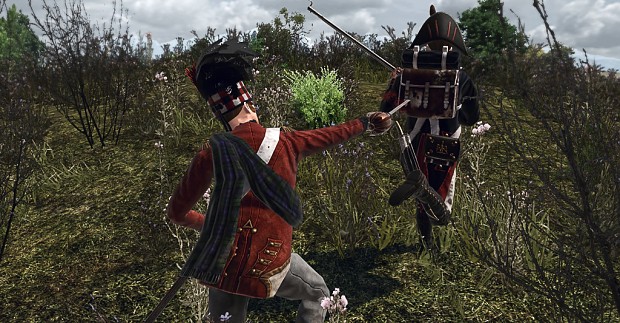 That's all for today. Thanks for reading, and keep watching the mod!

These are fantastic , this going be to be awesome , nice work

I still cant believe how fantastic this mod looks.

I love the detail in graphics ;), keep up the great work!

Keep it up mate.

Whoever is modeling and texturing your uniforms/equipment is doing a professional-quality job. ;-)

I hope you aren't stealing them. :D

Basically all the art is done by myself.

I don't think there are any Napoleonic games worth stealing art from. :p

In that case, I'm impressed by your skill. Lemme shake your virtual hand there. :D

Why don't you make some ingame videos of the actions, animations and scripts, instead always that modelling examples? ;)
Quite boring after a while hehe

Beautiful textures as always, looks a lot better than the NWs version in my opinion.

They are, by a mile. There's no land for discussion here. :)