In which puzzle-building continues; crystal lights are placed; one such light may be activated; crystal shaders are improved; and a musical instrument is made.

This week's screenshot shows a brass instrument, its gut strings long since rotted, from the lower districts of Tenereth-that-was: 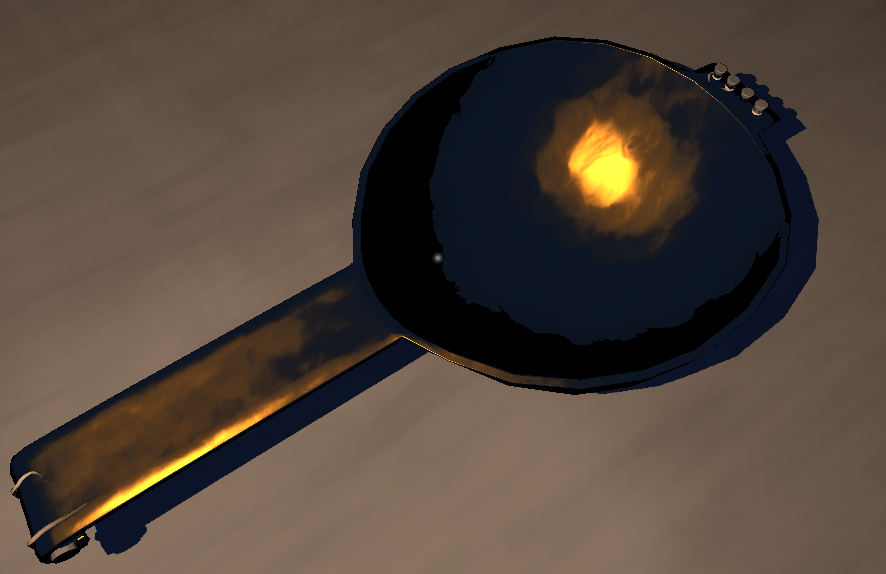 The week just past was another slightly-slow one--but nevertheless some things did get done:

To start with, work continued on the puzzle encountered in the lower books of level five. Indeed, I think that most of the logic is complete!

On first entry, the player discovers a swathe of books, with little place to start. When they interact with the books, a short in-game cutscene depicts the protagonist going through the shelves--until at last a lead, albeit tenuous, is found.

From there the puzzle opens up: The shelves are arranged by author, with each bookshelf holding a given range (indicated by an initial name and a final name). Each book that is part of the puzzle may reference one or more additional authors, opening up the indicated book to be found on the relevant shelf.

Of course, not every reference progresses the puzzle--some are side-paths that lead nowhere. (Aside from some foreshadowing...)

Once the final relevant entry has been discovered, the puzzle in the upper books is "unlocked"--but that has largely yet to be implemented!

As I said, most of the logic for this is done; the main of what remains is to actually write the entries! 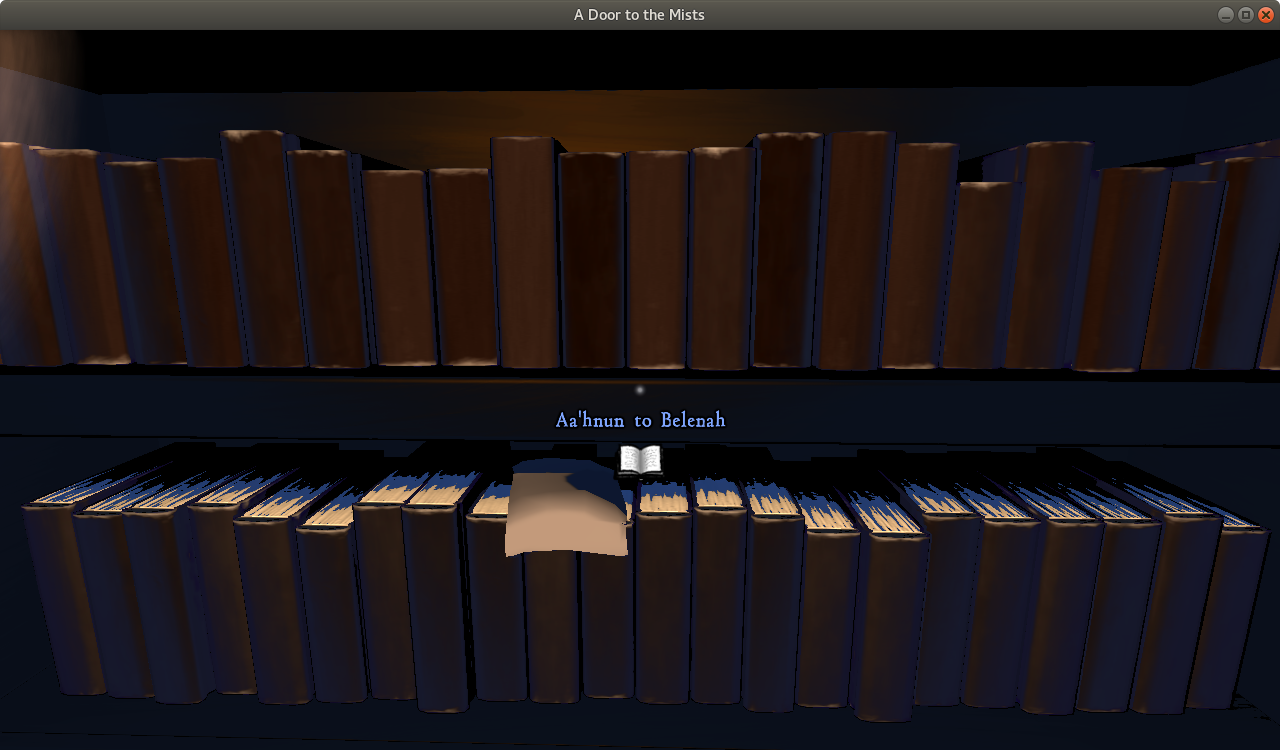 Sticking with work on level five, I completed, I believe, the placement of the level's crystalline lights. Furthermore, I added a minor interaction: one particular light yet has a bit of magic in it, and should the player get a chair and reach up to touch it, it will glow.

(I may want to work further on the effects around that glowing gem, but we'll see.)

I did discover a minor issue with my "blob-lighting" in implementing this glow: I was handling back-faces in a way that didn't quite function as I wanted. This is now fixed, I believe!

Speaking of the crystals, I touched up my crystal shaders in the week just past: in particular, they no longer dim when seen end-on and have more texture and variation in their internal colours. 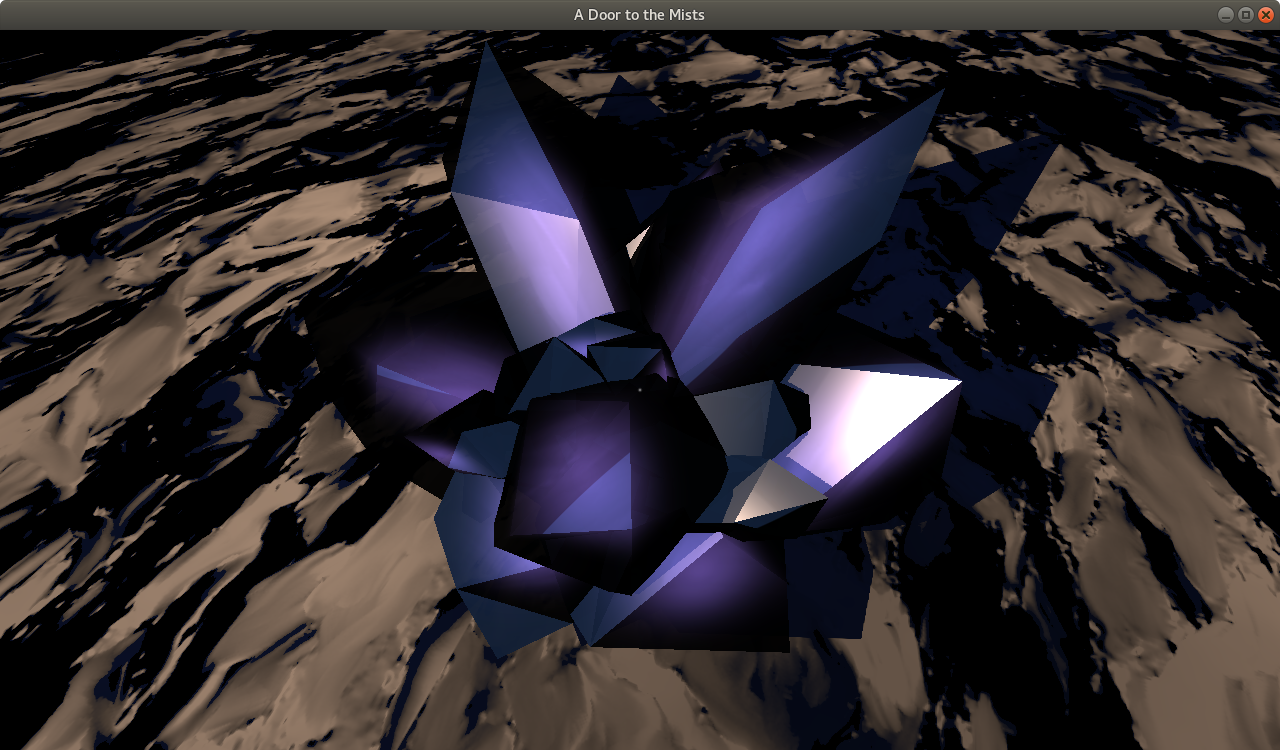 And finally, as shown in the first screenshot above, I modelled a musical instrument in the week just past. Made of thin brass and strung with gut (now long-rotted), it's intended as an addition to level two, to be found amongst the ruins of the lower district of Tenereth-below.