In which level five sees work on puzzle and audio; some goal-texts are added (and logic for one removed; a glowing crystal light acquires a new effect); a musical instrument is placed; the beginning of a new, small lore-entry is made; a new exit is added to level two; some minor issues are fixed; and the aesthetics of blob-lights are reworked.

This week's screenshot shows some changes made to the aesthetics of "blob-lights": 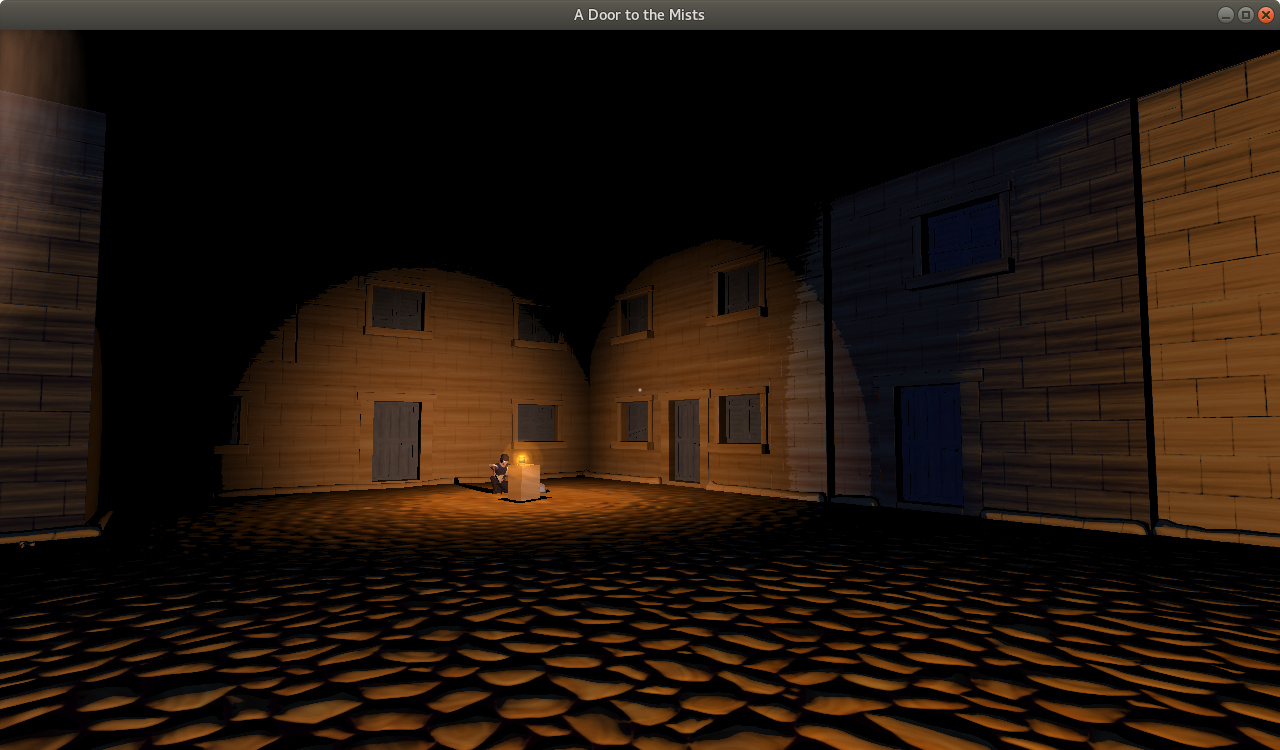 The week just past was a bit of a miscellany:

First of all, work continued towards level five: there were touch-ups to the logic behind the lower-level puzzle; the creation of audio for the (automated) search that begins said puzzle; and the making of footstep sounds for metallic surfaces.

(Those metallic footsteps I'm not quite sure that I'm happy with; we'll see.)

I also added goal-texts to level five, both in coding the appearance of those texts and in writing the texts themselves. Further, I did the writing for level four's goal-text. (And removed some superfluous goal-text logic in level four, too.)

One piece of work on level five that might be worth detailing is an update to the effects involved in the single working crystal light in level five:

I had been finding that the "internal glow" presented by my crystal shader didn't show up as well I wanted in the case of the cylindrical lights: in short, the "internal glow" effect relied on there being at least one visible vertex "pointing towards" the viewer, which wasn't the case with these brass-capped cylinders.

So, after a failed attempt to update the crystal shader to fix this issue, I fell back on older ways. (And perhaps inspired in part by an old fire-particle effect that I made back in my raw-OpenGL days.)

Simply put, there is now a semitransparent, additively-blended "glow effect" overlaid on the active crystal.

But a circular glow wouldn't fit the length of the cylinder, and an elongate glow wouldn't look good end-on. So instead a bit of code in the level-script (broadly speaking) measures an angle between the viewer and the gem, and stretches the otherwise-circular glow when this measure indicates that the crystal is seen "from the side". Thus the glow is elongate from the side, and circular end-on. And the effect works quite well, I think! 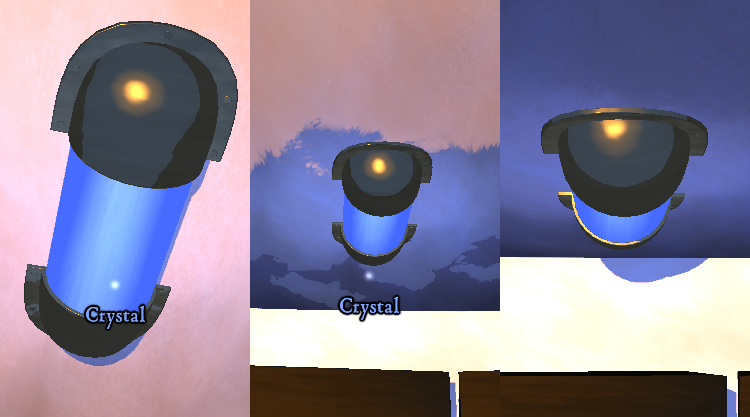 You may recall that in last week's blog post I mentioned a musical instrument, intended for level two. In the week just past I placed it in that level.

It's nowhere particularly out-of-the-way, but it is in a region that I felt was perhaps a little over-empty on exploration. Hopefully that region is now just a little less empty!

What's more, I've set up the logic and bare structure for a short lore-entry that's acquired on examining the instrument. None of the art for this--written or visual--has been done yet, but the functionality is there, with a blank entry and stand-in images. 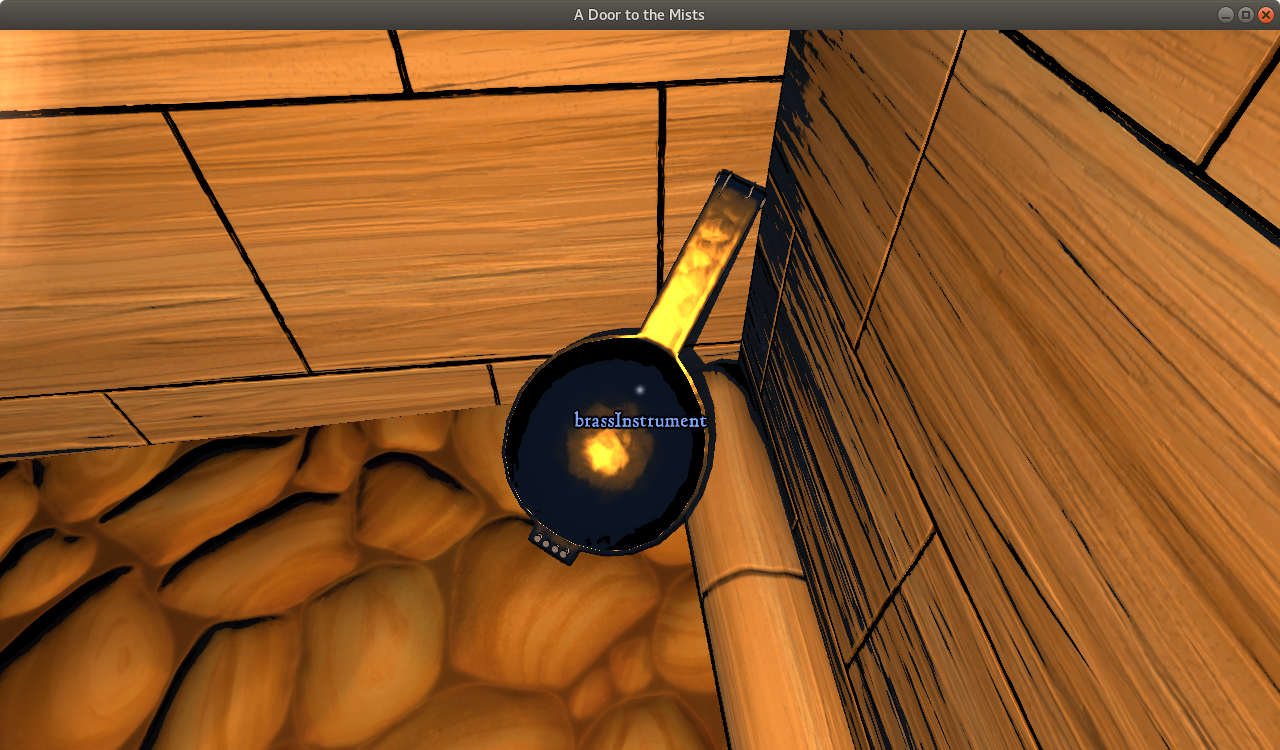 Staying in level two, I added a new exit to the square in which the level's goal is found. It was pointed out to me that the journey back through the level is a fairly long and uneventful one

I did hesitate a little over this: I wanted players to be able to backtrack in search of elements that they may have missed, and blocking off the place in which the exit stands might prevent that.

In the end, however, I did add the exit. My approach to backtracking, then, was twofold:

First, the exit is non-solid, allowing players to simply walk through it if desired. Now, this does go against the usual behaviour of the game, and so may not be intuitive, but it's something at least.

And second, it occurred to me that I had an autosave point shortly before the entry to the square in question. A player who wanted to backtrack and who didn't realise that they could pass through the exit could then perhaps reload that autosave and backtrack from there before returning to the square.

Not ideal, perhaps, but also perhaps better than requiring that all players traipse through an already-explored level. 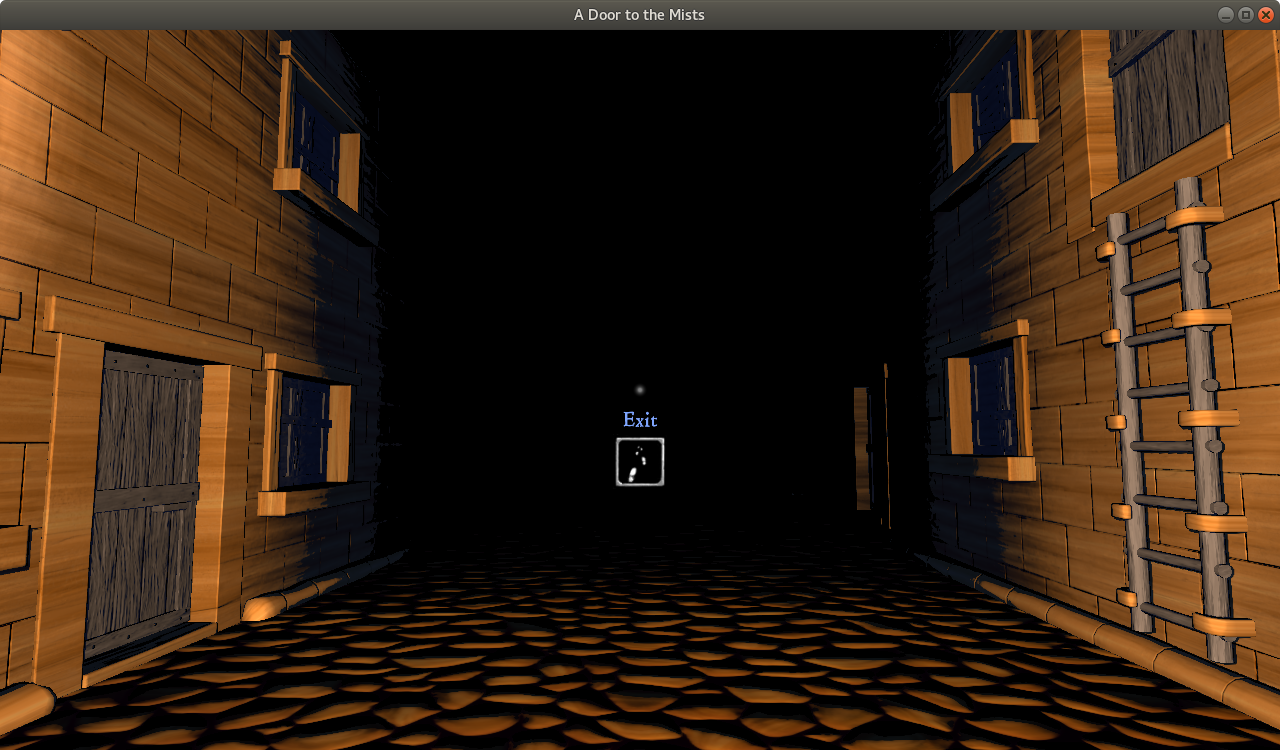 (And along the way I discovered and fixed a few minor issues in level two.)

After some experimentation, the new look that I came to was fairly simple: two steps, one near the brighter parts of the lighting (adjusted for distance from the light), and one near the darker. In addition, an offset prevents hard-edged blob-lights from becoming near-perfect circles.

It's simple, and I'm not sure that I won't tweak it further, but I think that it's an improvement at the least! 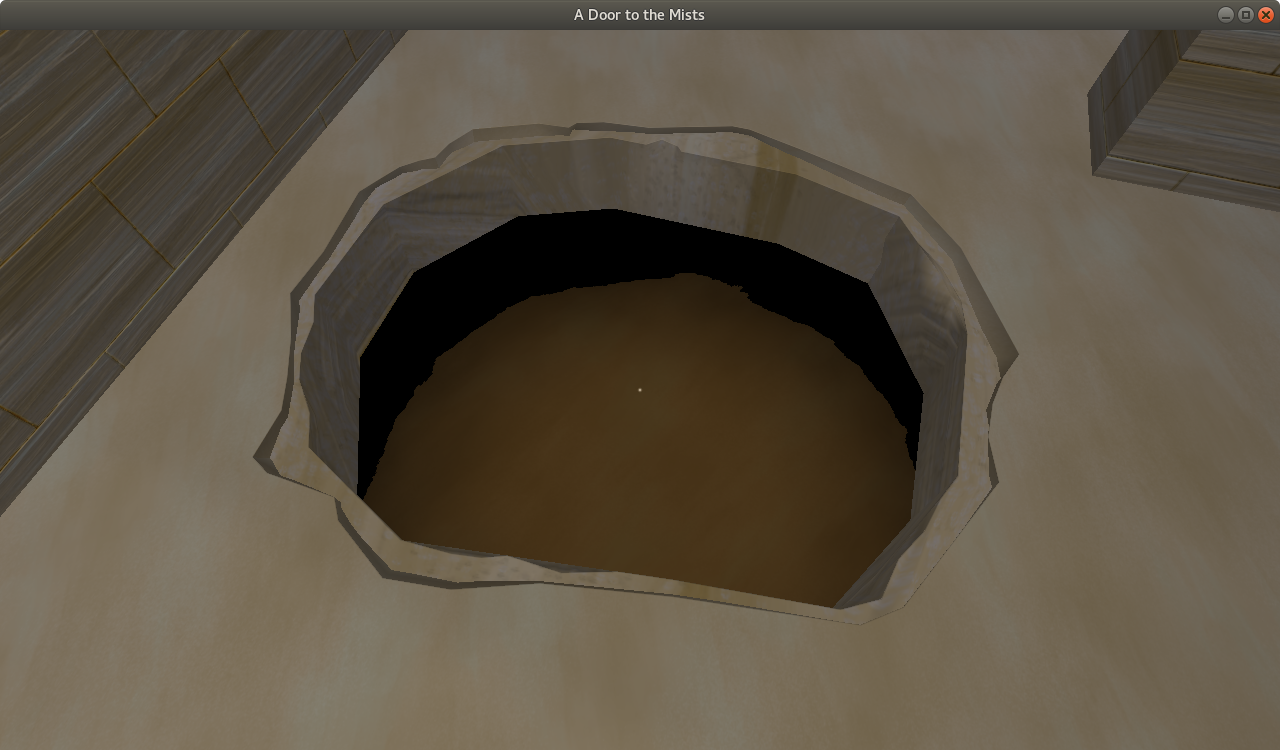 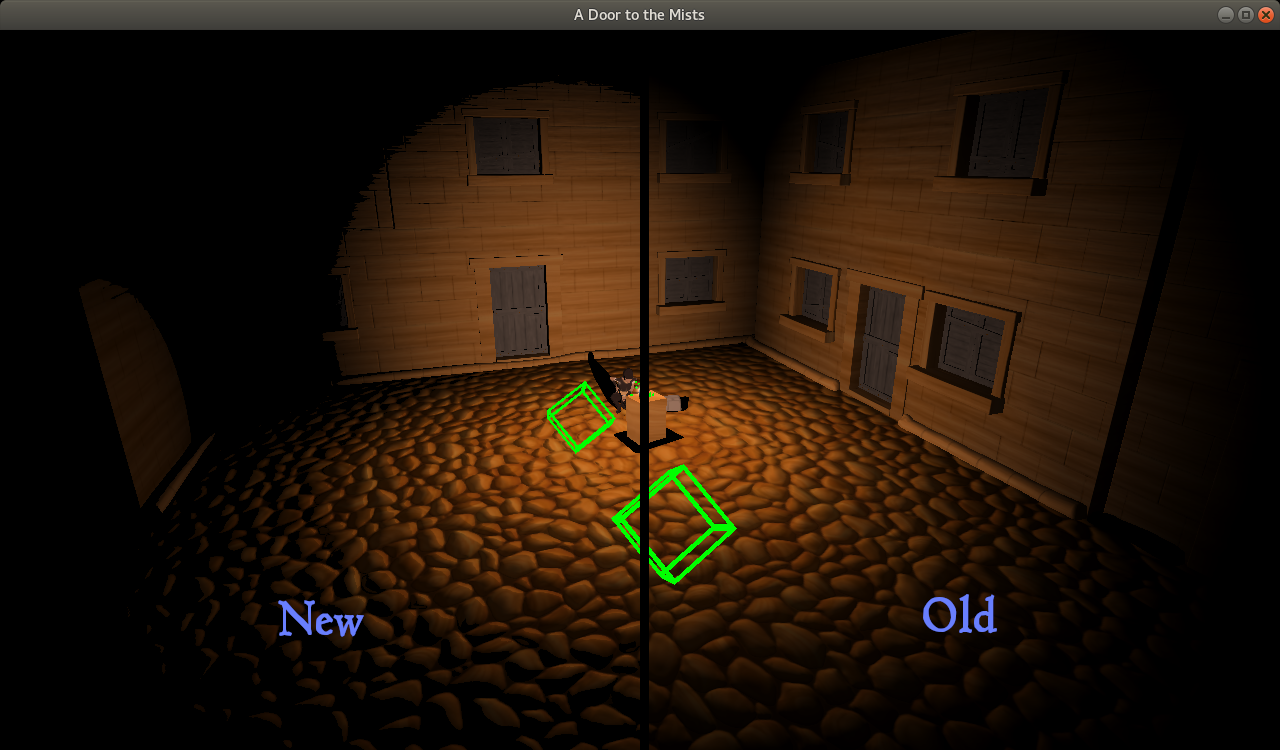