Play as a crow in this twin-stick shooter set in a grim world cursed by demons and ghouls. The developer updates from the past month include a playthrough dev video, dawn stages, inside tree stages, maps with fog of war, arena, partial ragdolling, and also an interview with Obsolete Gamer.

Still images and animated gifs can only go so far with conveying ideas of gameplay. We (Alice and Chad) decided to record a dev video showcasing our updates in action.

In the video, we mention:

We are almost done with all the stages for the Dawn level. In the Dawn level there are lots of lush greens and blue skies. Some stages are outdoors while others are held entirely inside of large trees or underground. A couple of battle arenas were added to mix up the gameplay.

Map View with Fog of War

As the crow, you will have 360 degree range of motion, and you can explore any part of a stage in any order you want. In case you get lost though, there will be a fog of war enabled map view so you can see where you have been, but not the places you have yet to visit. 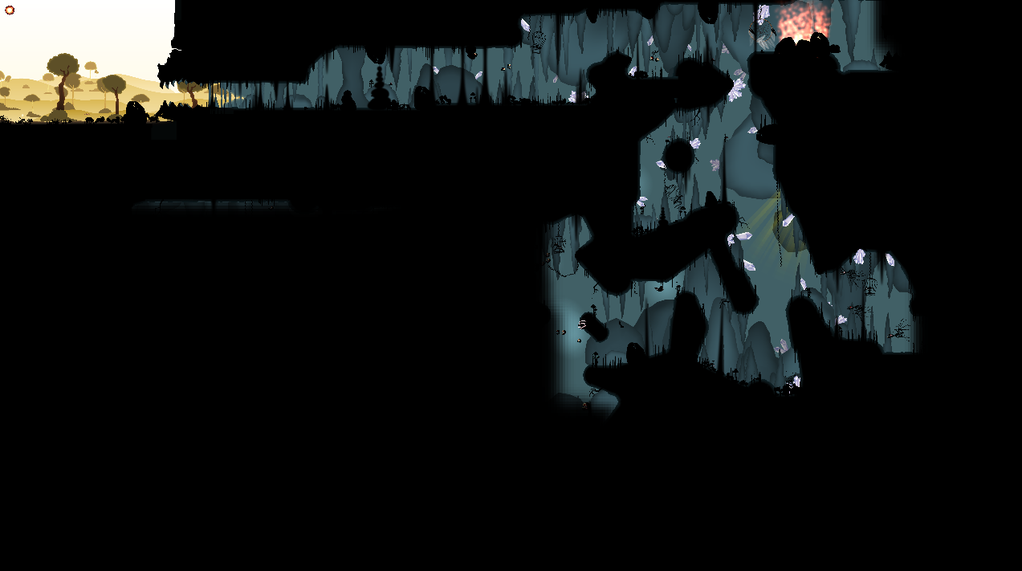 We would love to support every language! But we can’t =/ So after careful consideration we decided to go with the following languages:
Spanish, Russian, French, Japanese, Korean, Portuguese (Brazil), and of course, English.

Here are some links if you want to follow us.