15 days have passed since the release of the Chapter I and even if we're not getting the attention expected we're still trying to keep people happy and specially those (this time) that can't play the game properly cause of the low fps problem (that it seems to be caused by the lighting system).

* There is a small bug generated with this new option that have an easy fix but nothing i can fix on my end. If you turn OFF the system and enter in a new zone (that never had the system ON while in there) and then you turn ON the system, you’ll get the illumination of the previous room. to fix that just get back to the previous zone and reenter with the system ON and everything will work as expected. But if you turn the system OFF is because you’re PC can’t carry with the system so you shoul.dn’t turn it ON again so there’s no bug :P 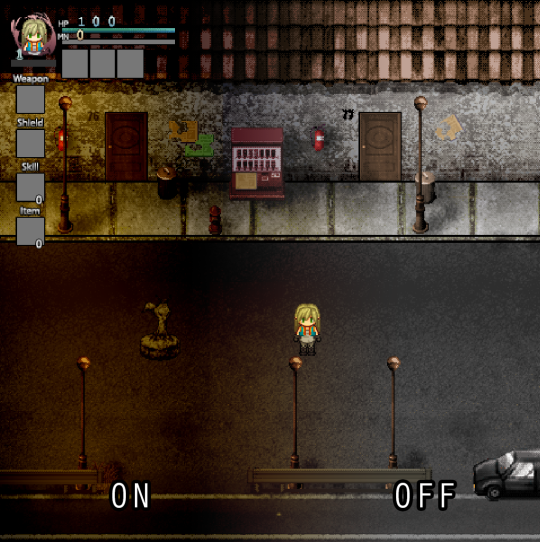 Go update it and if you like it, please help us make possible the next chapter.

Can't say good bye without mentioning one of our fans: the only one whe know of that's uploading "let's play" of the game, Historias de un Arlequin

If you know some spanish or don't care about the language just want to see how to get pass certain zone, watch him: Playlist