From London sewers to frozen caves, come see a preview of the varied levels and monsters Poe will encounter on his journey.

You don’t have to go home, but you can’t stay here.

In our last devblog update we showed a compilation image of some of the levels from the game. Today, we’d like to go into a little more depth on some of them. Keep in mind, this is only a sampling of the planned levels. There are some we will probably show later, and even a few we’re not going to show at all. This isn't out of some innate need to be mysterious (though it is fun) but because Poe’s journeys will have several twists and turns and some things just need to be experienced in the context of the whole story. 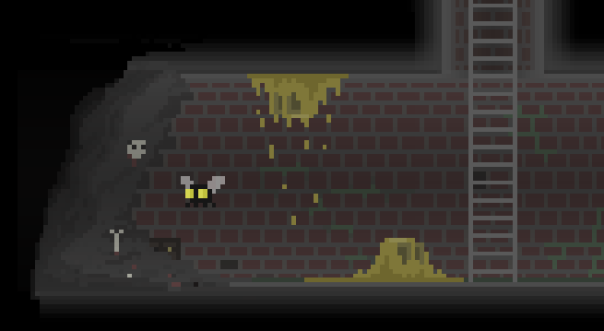 The Brighton Sewers are one of the early levels of the game, and give us a chance to explore the grimy, filthy side of the Victorian Era. Human waste, pollution from machines, and increasing city density, among other things, all contributed to a huge sanitary issue in London. In 1858 an offensively unpleasant summer was dubbed as “The Great Stink” and pushed towards a more efficient and more interconnected, underground sewer system.

In the sewer level, players can expect to face filthy, toxic creatures like the Sludge, which do damage over time whenever Poe touches them, as well as stranger, more mysterious enemies like light-sensitive, subterranean mole-people. 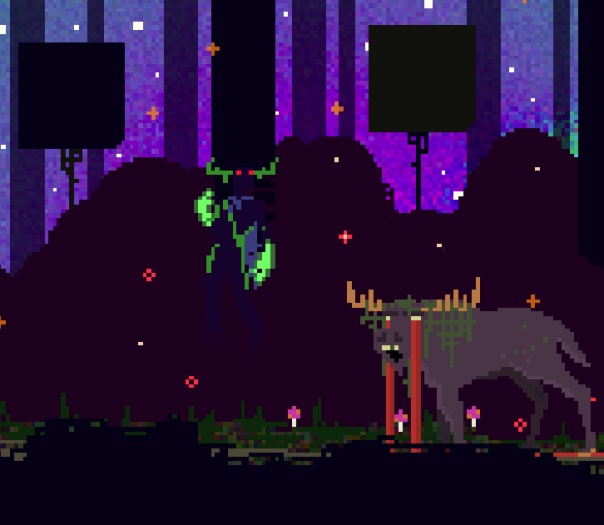 The Witching Woods is a level from the middle of the game, and has been a great place for us to let our imaginations run wild. Once surrounded by the tall trees, Poe finds that the woods are home to all sorts of magical things, from fairies and ghosts to humanoid mushrooms and sentient plants.

In the picture above is a foe we’re calling the Weeping Moose. This creature is passive, and will never attack Poe, but the blood flowing from its eyes pools up on the ground as the moose walks aimlessly around. The blood will make Poe slide, and if he doesn't have full health, it will deal continuous damage for as long as he is standing in it. 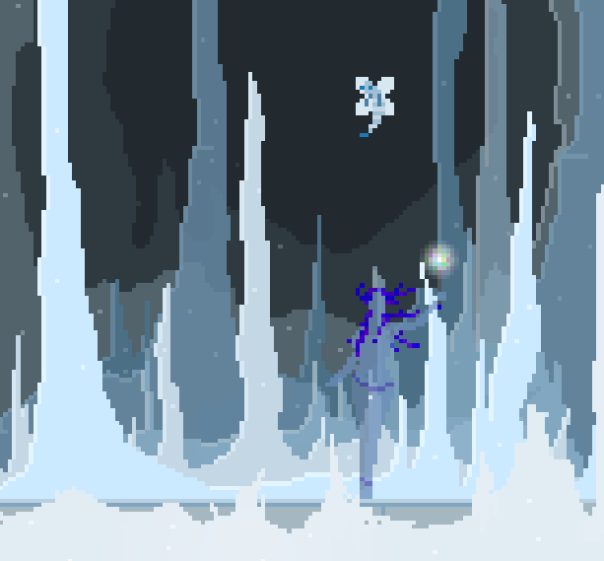 I’m so hot for her and she’s so cold.

The last level we’ll talk about today is the Ice Cavern. It’s a level from the later part of the story, and contains some of the most difficult enemies in the game. Snow monsters, falling icicles, and crystalline beasts are only some of the obstacles Poe will have to face during his adventure through the caverns.

Featured in the image above are a seductive Frost Nymph, and an Ice Wasp. The Ice Wasp is an evolution of some flying monsters from the earlier levels, but they are faster, harder to dodge, and their “frostbite sting” does increasingly more damage with every successful hit.

There is still much for us to do, both for levels and enemies, but we hope that this tiny bit of information gives you a good idea of the variety the levels will have.If you have any questions or comments on any of this, let us know, either here, or on twitter.

Freaking ice/snow/water worlds, they always gotta be the toughest ones!

Thanks, glad you liked it! Though I am a little concerned that depressed animals makes you happy.