Gameplay, Style, Features. Everything has changed since the last article was posted about this game.

Posted by KehlerCreations on Oct 9th, 2019

It has been a long time since the last article about this game.
During this time, the game's direction has changed drastically.
It was originally intended to feature a long and intensive storyline.
With time, I realized how this was too ambitious. One person alone
cannot create a project of this size while maintaining a reasonable game quality.
This is why I shifted my priorites and now focus on the more important parts of the game.
Here is a summary of what I have done during the last 1.5 years. 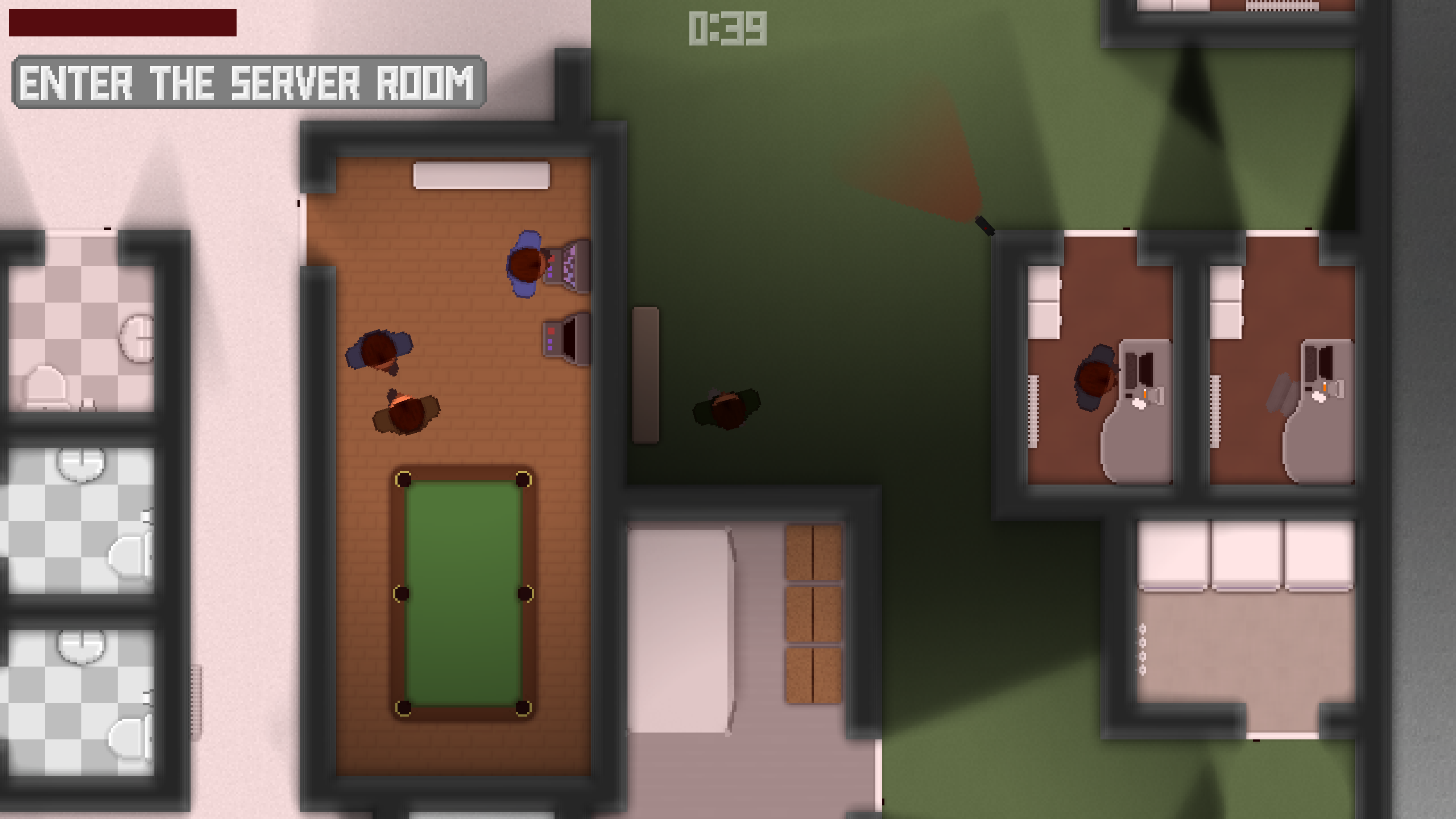 With new priorities come new game mechanics.
As part of a changed focus, the game now encourages a more strategic play style
with new stealth-based features designed to make you think.
The story-centered structure that it once had is replaced
by a more simple level select system with 16 challenging scenarios. 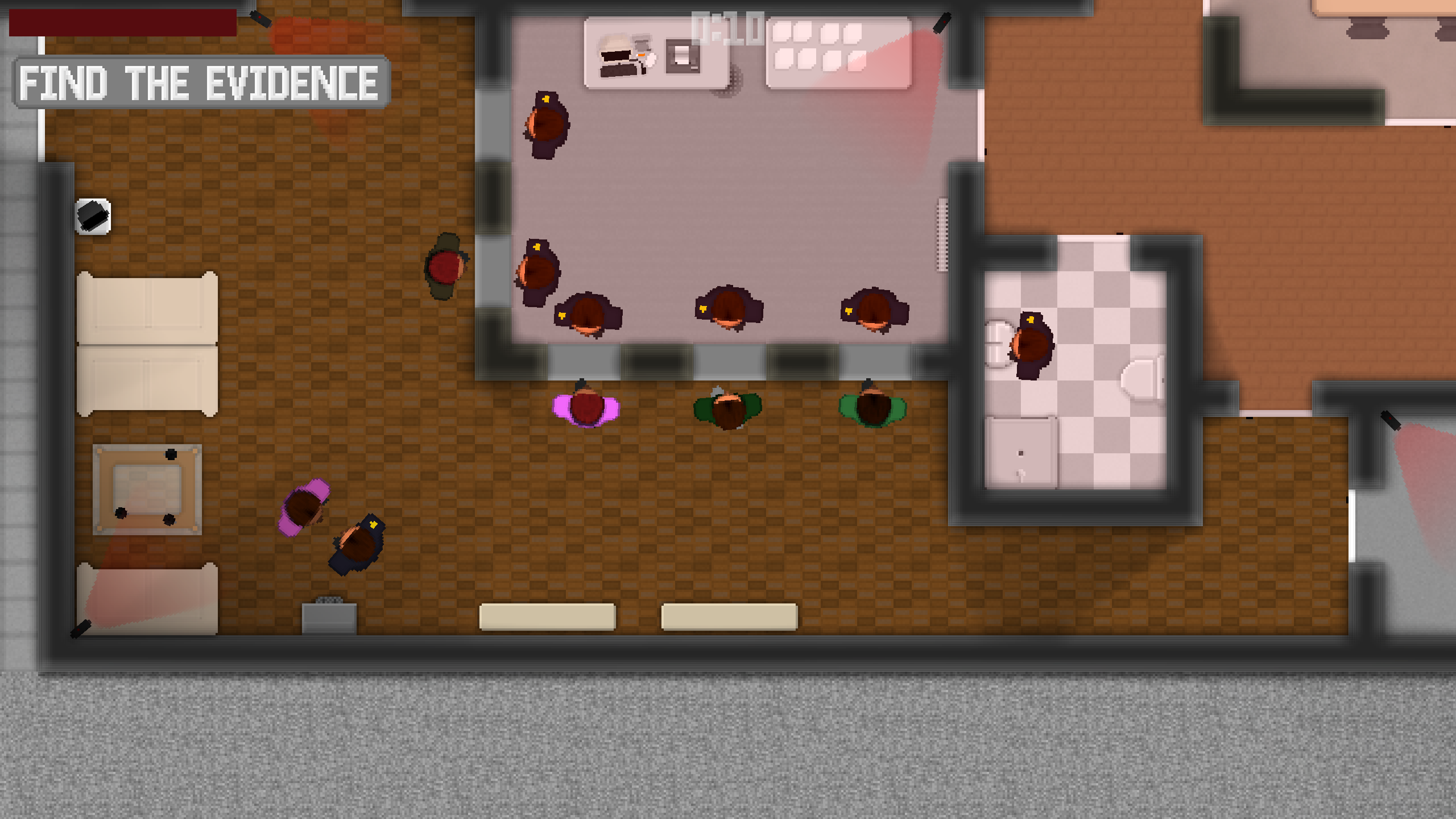 In order to support several different playstyles,
I have changed my level design philosophy to think about
every decision a player can make, and design the levels with that in mind.
The weapons and equipment are re-designed, the minigames are better
and there are more features for both the silent and loud approaches. 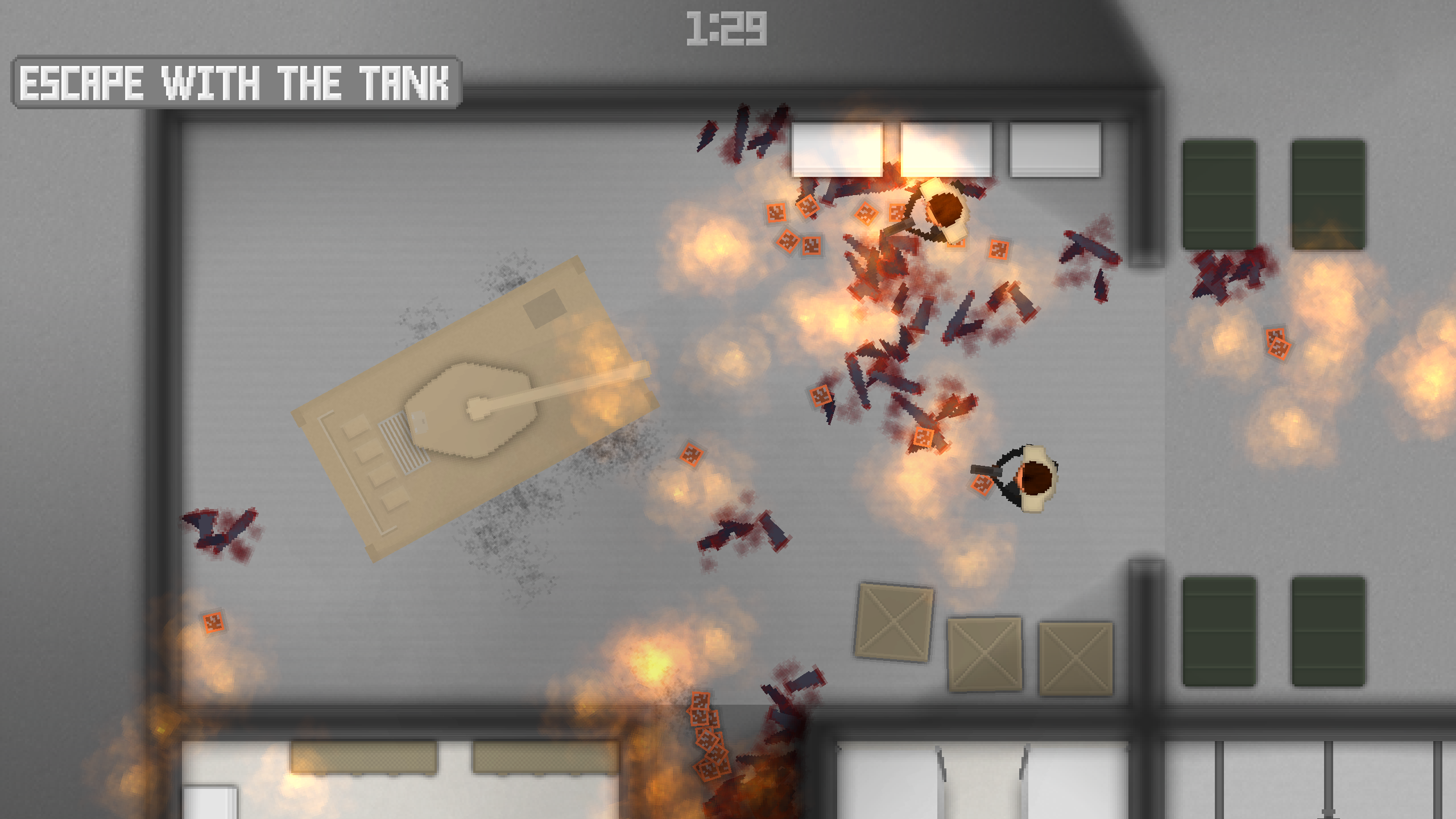 It has always felt like the game was lacking depth.

After extensive experimentation, I discovered how important the lighting can be for a game.

With a lighting engine implemented, it is more immersive to play

and the game looks better than it ever has before. 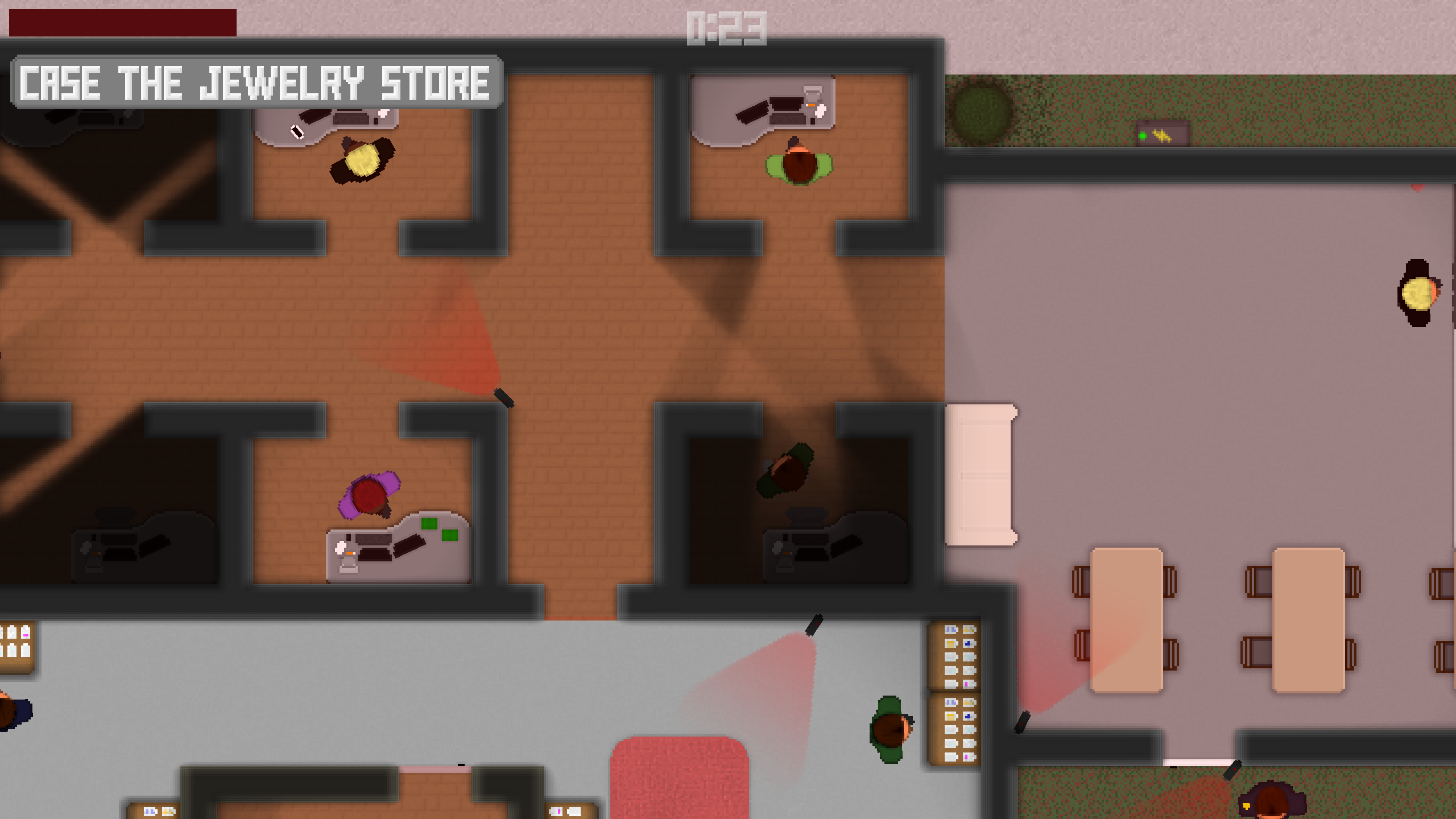 Other Significant Improvements Include 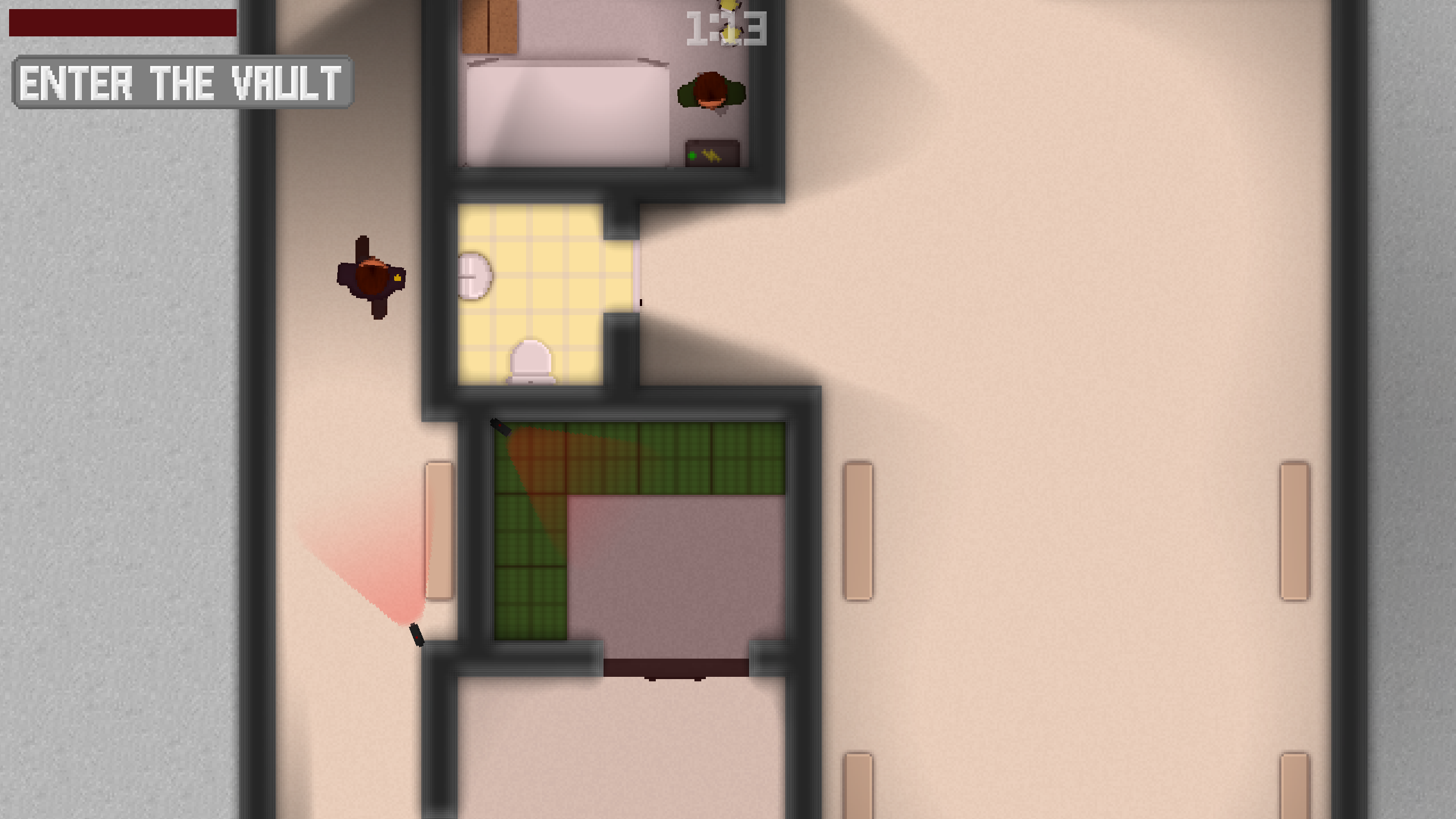 With the game being close to completion, I have begun small scale beta testing.
The early feedback as already been insightful,
and I am open to any ideas that could make the game even better. 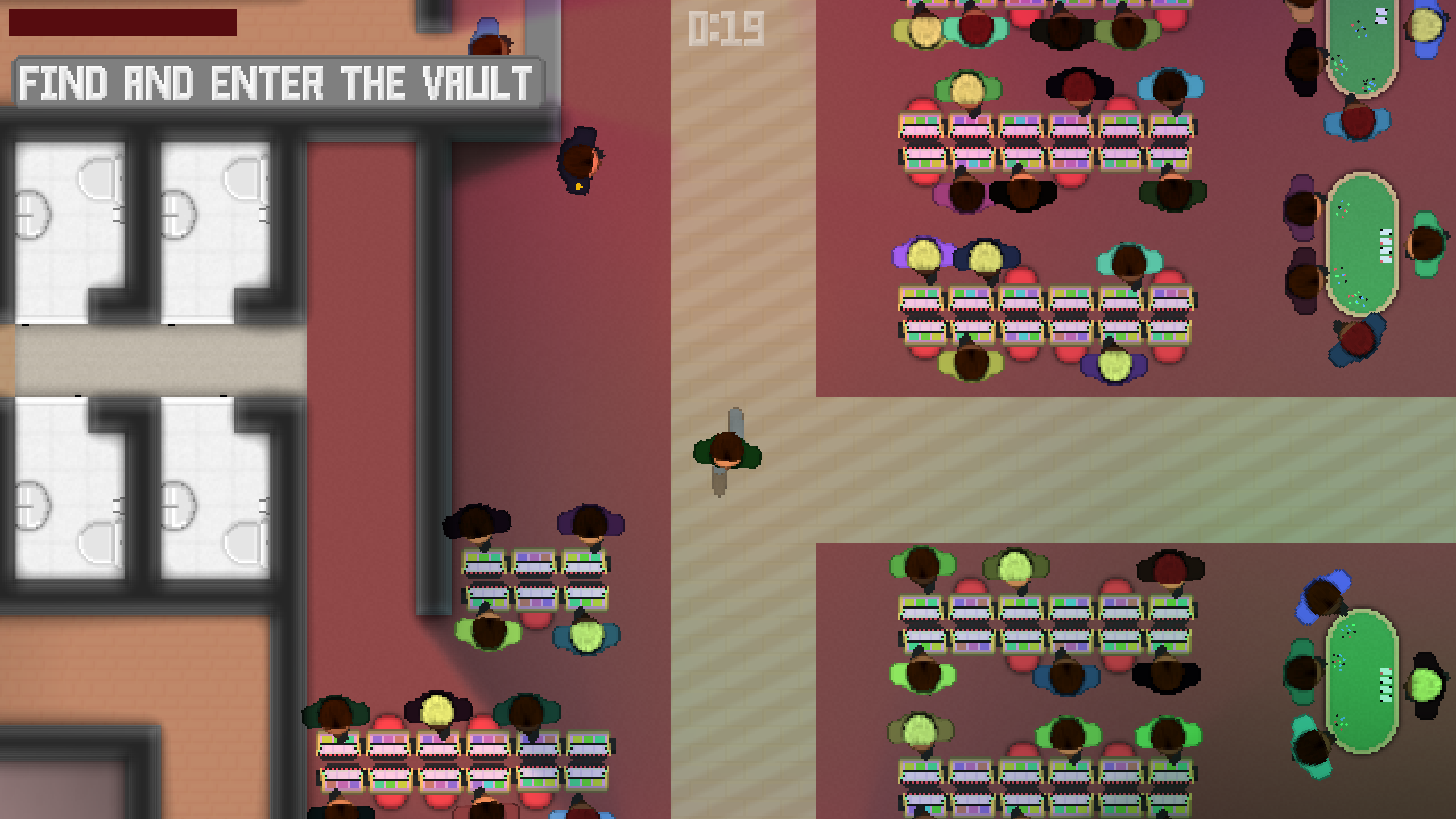 Every single addition has its place, and I am working towards creating an updated demo of the game.