In which the Redux Demo has been released; a particle-effect causes trouble; the demo sees an update in response to that trouble; and a variety of minor changes are made.

This week's screenshot shows a leaf from a troublesome particle-effect... 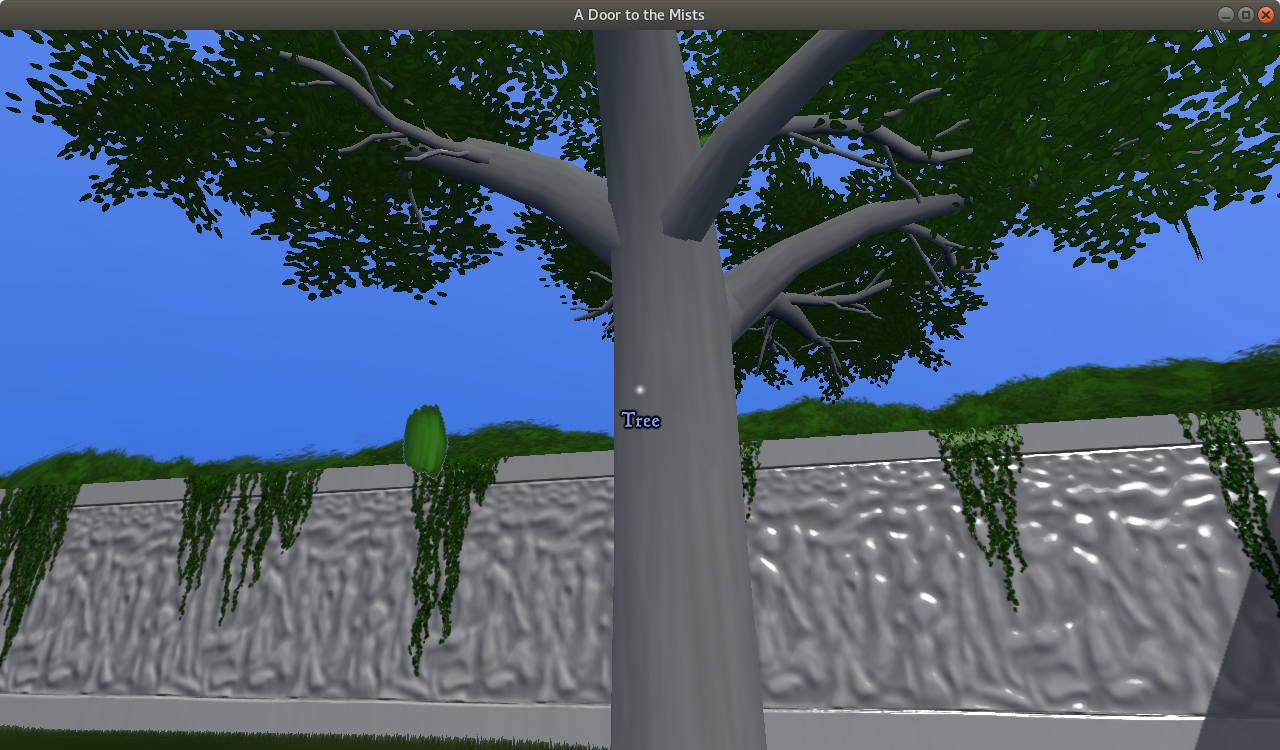 The week just past was dominated by the release of the Redux Demo--not only was that release perhaps the biggest news of the week, but pretty much all of the work of that week was done for or in response to it:

I'm quite anxious to hear what people think of this new version, so if you're interested, please do try it and let me know!

Now, the introduction to the screenshot above mentions a troublesome particle effect. Specifically, it was discovered that on some systems, simply minimising during the first level (that is, the prologue level) could result in a crash! A crash which was tracked down (thanks in large part to a poster on the Panda3D forums) to the above-mentioned particle effect, which provides "falling leaves" for the trees in the level.

Simply put, it turns out that there's a problem with one of the forces applied to the particles in that effect--at the least as I was using it. It's been reported to the engine developers, and they seem to have located the problem.

For the purposes of the demo, however, I've taken the simple solution of removing the relevant forces and giving the particles an explicit velocity in the appropriate direction.

And indeed, an updated version of the demo has already been uploaded with the revised particle effect. ^_^

The other changes made during the week just past were fairly minor and undramatic, I think: I made my personal logo-splash automatically advance after a few seconds, and fade to black before it does; I commented out the code that allows me to skip to a given level when testing; I updated the copyright year to 2020; and I removed the explicit horizontal positioning of the game-window, instead having the window-manager just centre it.

That then is all for this week--stay well, and thank you for reading! ^_^ (And happy playing, if you do try the demo! ;))