Post news RSS A lot of change and remake to the every aspect of the game!

During past weeks I've to change a lot of game feature after giving the game to people for feedbacks. This really push the release date further. But I hope to be able to submit the game within mid-april.

There're a lot of change happen with this version I will cover it step by step.

1. Change game name to "Running From The Dead"

2. Change to the game UI

3. New mechanic for attack; each turn player have a giving amount of bullet to use base on weapon this will reload every turn if player have enough ammo in stock.

4. Run to get the reward; When running to the end of each screen player will get a random bonus base on situation that encounter.

5. Enemy run along with player.

6. Multiply; when not get attack player will receive a bonus to every collects.

see screen shot for the sample 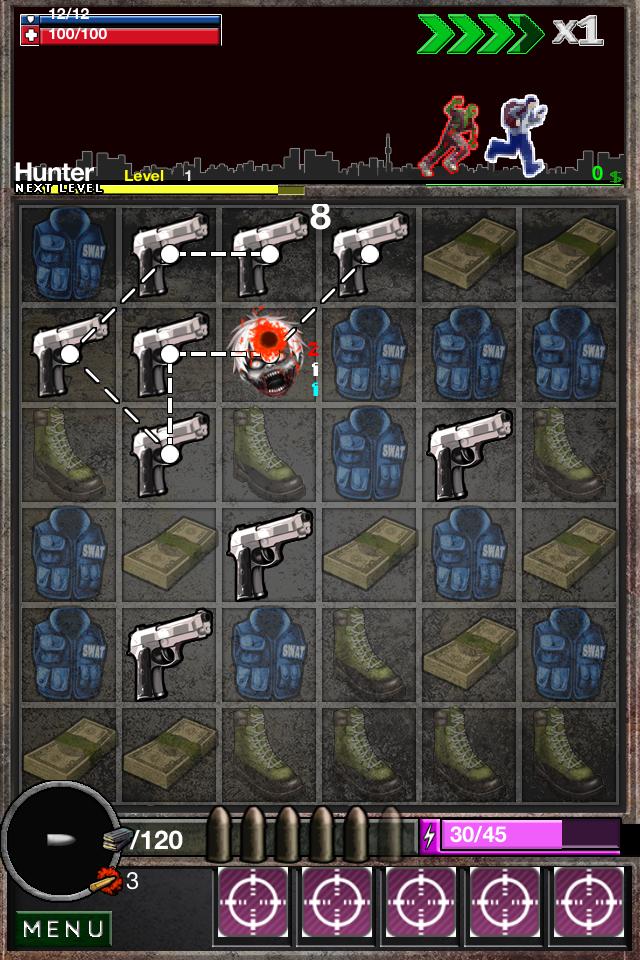