In which a game is made to test key-mapping; and a few minor bugs are addressed.

This week's screenshots come from a little digression that I made in the week just past--more on which in the main of the post: 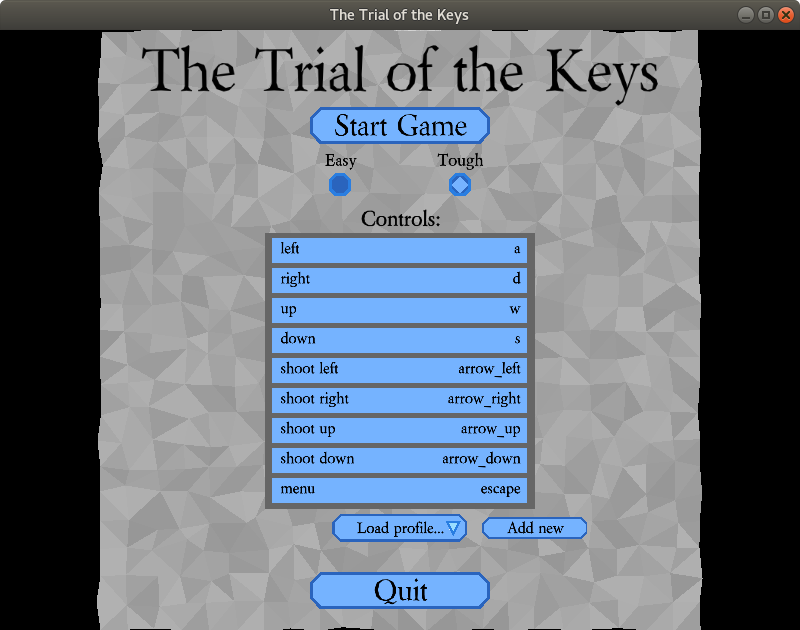 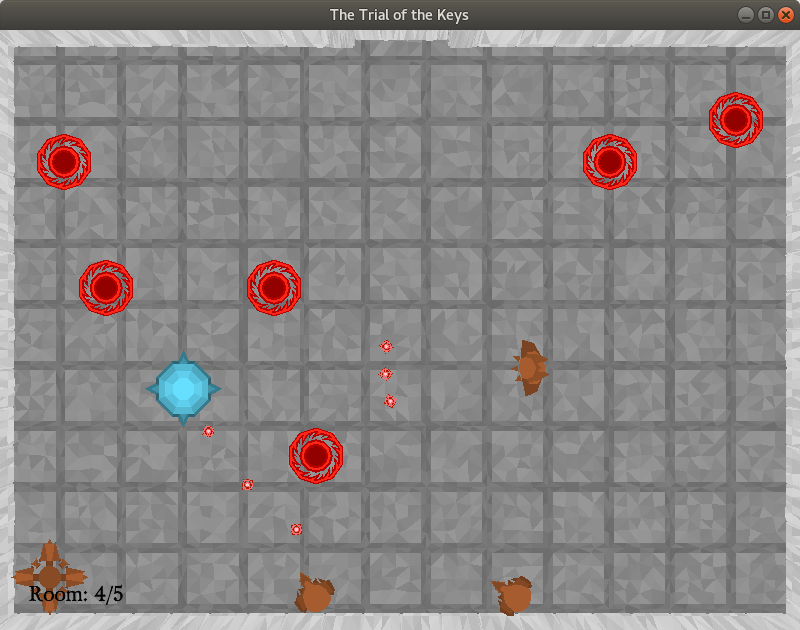 The week just past was... perhaps not my most productive, I fear. Still, some things did get done:

As shown above, the majority of the work of the week just past was a digression: a little side-game, in this case made as a sort of test-platform for my changes to the key-mapping module. My intention is to release it, and ask players to give feedback on the key-mapper.

As to what sort of game it is, it's essentially a brief, linear twin-stick shooter: the player moves from one room to the next, clearing them of enemies in order to open the door leading onwards. At the end, a boss is fought.

There is a bit of a twist, however: shooting drains the player-character's health--but conversely, health is regained simply by sitting still. Of course, sitting still while being shot at isn't necessarily easy... Furthermore, the player's size--and thus the target that they present--is proportional to their health. Thus having more health makes one easier to hit.

The game itself is almost done, I believe--just a few things remain, as far as I'm aware.

The key-mapping module isn't quite ready yet, however: there are some things still to be done, and some elements whose intended behaviour I haven't yet figured out.

On the technical side, I made two minor changes behind the scenes: I added a response to the entry of an invalid file-name in the key-mapper's profile-saving code, and a workaround for a minor nuisance-issue in Panda3D's option-menu.

And that's all for this week--stay well, and thank you for reading! ^_^