The Universim alpha update and some good news for beta backers Much like the transition from prehistoric to, well, historic, it’s about time we drop the ‘pre’ in pre-alpha. That’s right, from this moment on, The Universim is officially in full-blown alpha. In addition to this news, we are also pleased to announce that all Kickstarter beta-level backers will gain access to the alpha starting on the 15th of April, which coincides with that month’s patch!

In today's update, we'll be discussing the complete Nugget overhaul and how the changes will affect the way you play the game. Forget (almost) everything you know about the Nuggets, because they just got a whole lot more complicated.

The goal is to imbue Nuggets with a new sense of life. We want them to feel like real, living creatures, with thoughts, needs, and feelings. This is why we have spent a great deal of time designing Nugget parameters and ensuring that Nuggets act like living beings. We want the surroundings and your actions to affect Nuggets directly, either slowing them down or causing other, contextual reactions.

Thus, you will come across research items that can lengthen your Nuggets’ lifespans, or decrease them, depending on your research path.

Nuggets are very fragile beings, and it will take us some time to balance their life factors with what you are able to do in the game. Nuggets will also begin to form families. Each family will need their own home to live in. When someone from a Nugget’s family dies, the entire family will be unhappy for some time, and they will visit the cemetery every now and then. With Your Power, you’ll be able to inspire sad Nuggets. Families will also celebrate when a member of the family achieves something important during their lifespan. For example, when a regular Nugget joins a more advanced profession, by finishing their studies, the family will receive a boost in happiness. This will make them more productive, meaning things will be built faster and stronger. Imagine a family's reaction when a relative becomes the first Nugget to land on another planet, or the first of their kind to travel to space.

Basically, we don't want Nuggets to be lifeless AI. We want them to have personalities and react to the world around them. Any living creature has feelings, and we want you to have feelings for them. We want to make you care about these little characters!

Based on the feedback we received from you, we redesigned the Nugget ID panel. Now the panel will have vertical bars that represent basic information about the Nugget’s life. Additionally, when a player mouses over a bar, we will show the factors currently affecting this bar’s value and at what speed it is depleting. ‌

FROM LEFT TO RIGHT, HERE ARE THE NEW INFORMATION BARS

NUGGET'S HEALTH
This bar has multiple intervals, indicated by the white lines.

The Maximum Health value is 100%. Certain Key Buildings will be able to add points to the maximum value. For example, if a Nugget is assigned to the Hunter’s Hut or Defense Tower, their total health points will increase by 25 due to the special equipment they receive.

NUGGET'S HUNGER
Next is the Hunger bar. It also has three intervals. 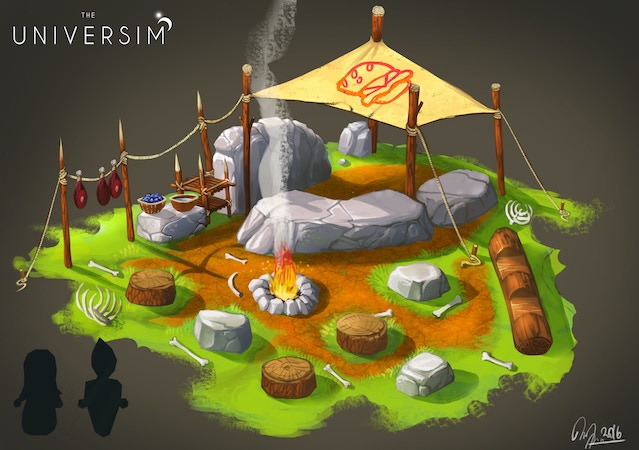 Thirst mechanics are very similar to hunger mechanics, but instead of eating food, the Nuggets will travel to the nearest Well or Water Pond to drink water. There are also three intervals, which affects Nuggets exactly the same as food. However, there is one difference. When the temperature at the Nugget’s geographical location rises above 35 degrees Celsius, this bar will deplete 25% faster. This means that Nuggets, who live in deserts will require more water to survive.

Strength demonstrates how powerful a Nugget is. Based on this number, Nuggets will construct or destroy objects at a faster rate. Different activities increase a Nugget’s Strength at varying rates. Every Nugget starts with 1 to 4 Strength points, and based on their assigned tasks, this value will grow.

A Nugget’s offspring will inherit some of their parent’s Strength (half of the mother’s and father’s average Strength). For example, if the mother’s Strength was at 6 and the father’s at 3, we will get an average of 4,5. Then, we divide that value by 2, which will bring us to 2.25. This will be added to the child’s base Strength. This way, the next generation will always be stronger than their ancestors.

Each Nugget can only carry a certain amount of things at a time. This bar has only one value that indicates how much a Nugget can carry, going up to a maximum of 100. Each Nugget starts with 3 carry points by default. With proper research, this number will be increased globally. Some buildings can add extra points to their workers. For example, Warehouses add + 17 carry points to their Nugget Couriers when they’re assigned to that building.

NUGGET'S AGE
The Nugget Age bar has three intervals and it fills from the bottom to the top. 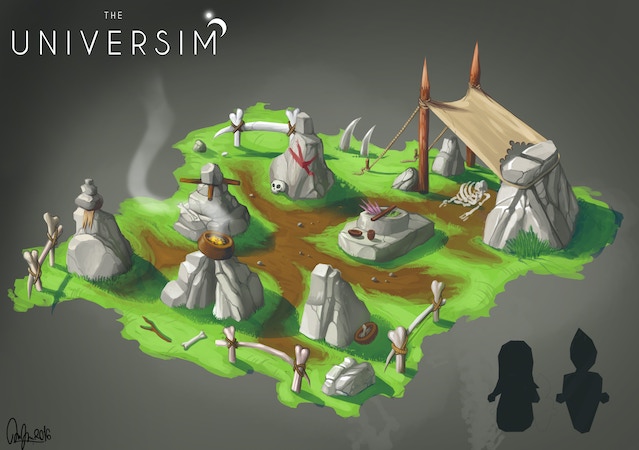 NUGGET'S LOCAL TEMPERATURE
Local Temperature bar: this bar indicates the current local temperature surrounding the Nugget. The bar can move either up or down depending on how the temperature changes. It has a neutral section in the middle, which is good for the Nuggets, as it has no effect on them. At the top of the bar is an area where the Nugget will be heavily affected by the temperature. They will drink more water, their movement speed will be slowed by 50%, and they may even begin to lose health if things get too hot.

The same thing applies to the area at the bottom of the bar. When it’s too cold, the Nuggets will have reduced movement speed and will begin losing health. This is why selecting a favorable starting area for your first Epicenter is so important, as the temperature can play havoc with your Nuggets’ wellbeing. Fortunately, when it gets too hot or too cold, you can click on the Epicenter and trigger an Alert, which will make all Nuggets take shelter inside of buildings. Nuggets will receive more protection from extreme temperatures when they are inside houses, but normal buildings are better than nothing.

First, We’ll be moving from Pre-Alpha to the Alpha stage! We’re also happy to finally announce the date for the Beta Backer Alpha unlock! All Kickstarter Beta level backers will gain access to the Alpha on the 15th of April, coinciding with that month’s patch!

We’re also working on something extra special for those who were early backers. All Pre-alpha/Alpha Kickstarter and website backers will now have a monument in game to thank them! The "Founder's Monument" will be a permanent feature in all games, throughout all ages that when clicked on will display the names of every pre-alpha/alpha backer! Here is one concept of the founder's monument. This may change down the line! 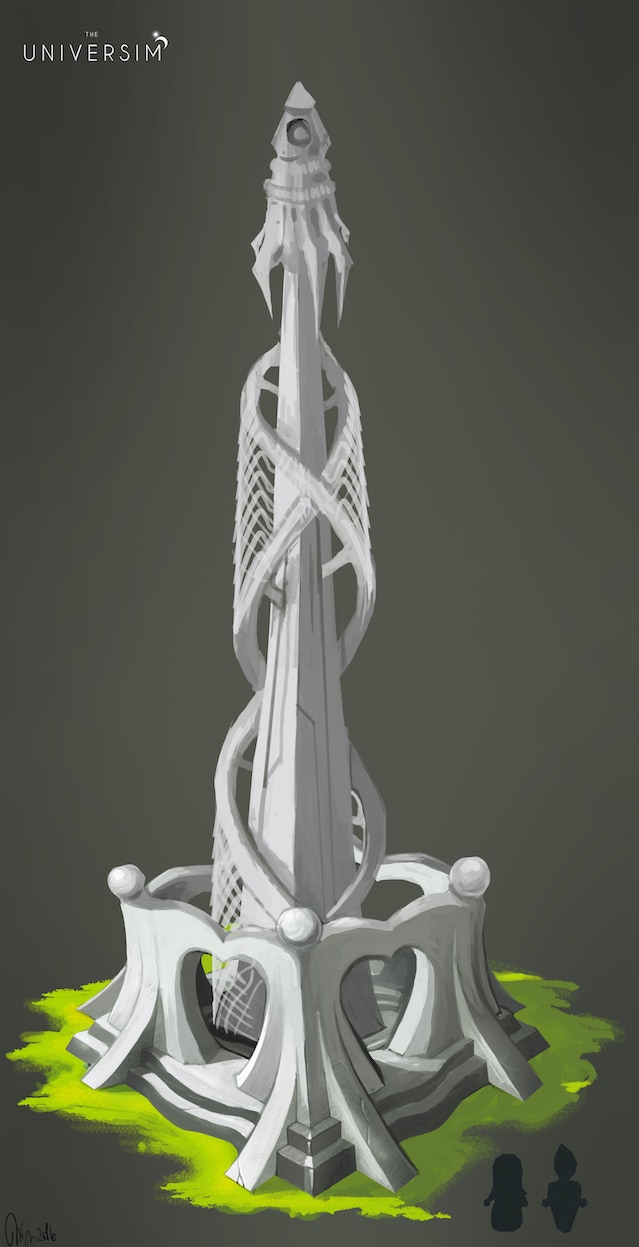