Post news RSS A First Look: the Kingdom of Anorthile

One of the last of an ancient order, Anorthile is the dominant power in southern Althas. 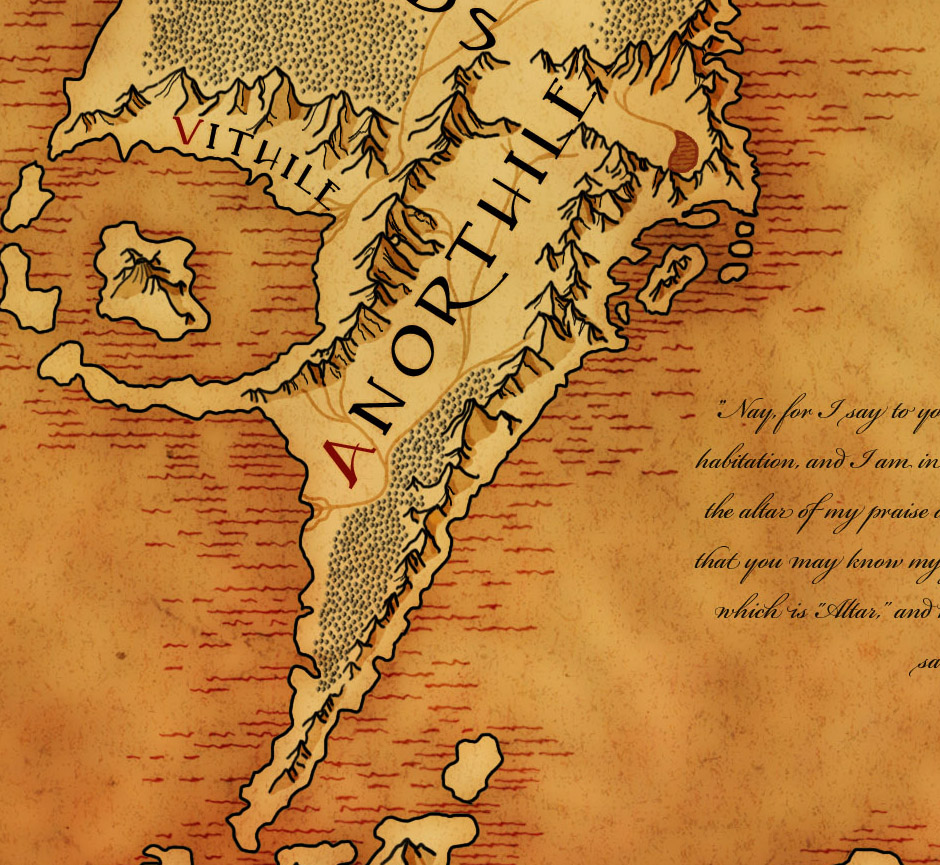 One of the last of an ancient order, Anorthile is the dominant power in southern Althas. The most prominent of the three remaining Anointed Kingdoms, Anorthile is a kingdom steeped in tradition, a bastion of Althas's ancient customs and teachings in a world rapidly changing. Under the successful rule of Falos I, Anorthile was reunited and reestablished as the greatest power on the mainland. Now his son, Falos II, seeks to return both Anorthile and the Anointed order to their full glory.

The History of Anorthile and the Anointed Order

In the first days after the creation of Jevreth by Driomi (who is The One, the creator of all things), Men were divided into seven peoples. After creation fell from perfection, the seven peoples formed seven kingdoms. The first Diasairos, the speakers for Driomi, organized these kingdoms, anointing their first kings. These were the seven Anointed Kingdoms that would be the ruling order over all of Althas for over seven hundred years, providing the foundations for many of the traditional institutions of ancient Althas such as the Temple and Academy order and People's Councils.

In the years following their formation, Anorthile rose to be a leader among the Anointed alongside her sister kingdom of Gorandel. However, despite their united strength, Althas was shaken by ever more intense conflicts. Narthendar was the first to fall, its lands falling under the protection of neighboring kingdoms. Anorthile and Gorandel struggled to hold the Anointed together as the first age of Anorthile continued onward, with divisions and controversies slowly eroding the Anointed Kingdoms' unity.

The various troubles of the first age of Althas culminated in the War of Calamities, the most terrible war in Althas's history. The War devestated Althas, destroying the kingdoms of Gorandel, Driesefair, and Lamniemalos and flinging the lands of the Narthendar region into chaos. Also, the direct lines of the Anointed Kings perished in that war, leaving Althas on the precipice of chaos. However, the kingdoms of Anorthile, Nosmalos, and Vishethas did survive with new lines anointed to rule. But the lands of Gorandel, Driesefair, Lamniemalos, and Narthendar remained leaderless and became known as the Feralands. 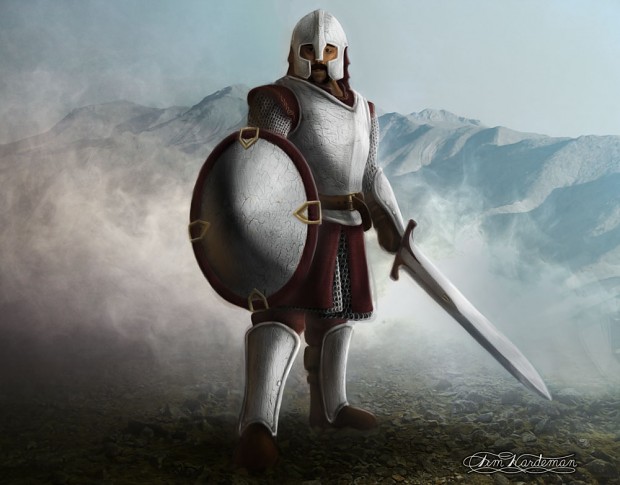 The Years of the Renewed Kingdoms

With the reestablishment of Anorthile, Nosmalos, and Vishethas, a new age begins: the Years of the Renewed Kingdoms. As the three remaining Anointed Kingdoms rebuild, they try to restore order to the Feralands. Anorthile does experience some success in Narthendar, where they establish the state of Mosvaseb. However, despite these initial successes, the lands remain largely in chaos.

On the homefront, Anorthile struggles to maintain internal unity, with the tensions culminating in a civil war. Out of that war emerges one of Anorthile's greatest kings: King Falos I. Under his rule, unity is restored and Anorthile rebuilds and becomes strong again, maintaining the traditions that now fade in Nosmalos and Vishethas. But in Mosvaseb, confidence in the Anointed wanes as less support is spared for them and the administration of Mosvaseb proves incompetent.

Now Anorthile is under the rule of Falos II who faces a new challenge. Mosvaseb has broken off from Anorthile, the events of which have left both peoples embittered. Now the Kingdom of Thenodar has risen in Mosvaseb's stead, the first great power to rise outside the Anointed order. This new kingdom now threatens Anorthile with war and Anorthile aims to answer. Now is the time for Falos II to prove he is not a lesser son of his great father and for Anorthile to prove that her ancient strength is not lost. And it is on the Feralands that the strength of kings and kingdoms will be tested.

The lore sounds interesting but about how many years pass before the player begins their journey? I like finding ancient stuff in caves if ya know what I mean:D

The world is fairly young. About 1500 years. There will be plenty of ancient things to find, especially in the Feralands and certain regions in Thenodar. The ruins of the Gorandle, Driesefair, and Lamniemalos Kingdoms will have many things for you to find. There are other ruins also in more remote places.

Also the dates, the lore of a being creating everything, the fall from perfection, the wars and violence just all make me think of Genesis 1-5 or the beginning of The Silmarillion :) (I pretty much only read the first 10-20pages of The Silmarillion:( I should probably buy it and read it) Of course in both of those stories there were other beings than just regular humans involved...

There are similarities in the earliest stages but also marked differences. And the story quickly departs from the Silmarilion feel.

Finally, I can sink my teeth into a new RPG that is single player based. 1500 years by the way is very young, like barely the bronze age young, so this will definitely be interesting in terms of setting and the way things seem to be going here in terms of plot.

Well keep in mind this is fantasy; not all the same rules apply in terms of soociety's development. Part of the reason we kept it you was so that we could devote detail to the lore rather than have bigeempty gaps between big events.

I don't think its actually that young. In my example I mention how that in 500 years the Americans went from not even existing in European maps to being populated by European settlers and eventually the US became a super power. All that within about 500 years. In 1500 a lot could happen...

Have you started moddeling and such, or are you just working on the story now (no hurry, we need a good story,) just wondering XD Great job by the way :P

We have, but we want to present mostly polished screens of models and ingame content. One so that they are honest representations of what is going on, and two because we want to maintain an image of quality that represents our commitment to doing this right ;) . You will see more as it is ready to be seen.

Even before seeing any in-game shots I think everyone here knows you guys really aim at the best quality possible...

We know many of you do, especially our fans from MERP. But We want to make a good impression on others as well who might not be in the loop about what we have done before. You will like what you see, I promise.