Post news RSS A few notes on the Greenlighting process

A small update and insight on Steam and the Greenlighting process. If you have your game Up There, read!

1) The game has gathered a bit over 500 Yes votes and it's been there for 7 days as of now.The first 2 days is where most of the votes come from. Then vote acquisition rate drops dramatically, unless a gaming website makes a review, where you will see a spike in voting.

Nobody can tell when/if the game will be Greenlit. It can sit there for a week or a month. It can have 1,000 or 100,000 votes. Games have been Greenlit with as few as 400 Yes votes! Also, the Yes/No vote ratio is largely inconsequential, as many games have been Greenlit with 30%-70% Yes-No votes. Remember that for every game genre your game is, people who like 10 other genres can and will vote No for your game.

Note the amount of Yes votes, as well as the Yes/No vote ratio in these Greenlit games (highlighted in green)

Ultimately the entire voting process is some sort of daily journal of potential customer interest for Valve and they have the final word for greenlighting a game.

Also, almost all of the comments are positive, save for the purely trollish/12-year old ones like "LOL XD". It's generally more frequent for someone to leave a positive comment rather than a negative one. No voters just vote no and leave. But if your game has a ton of negative comments, this should cause some pondering on your part. 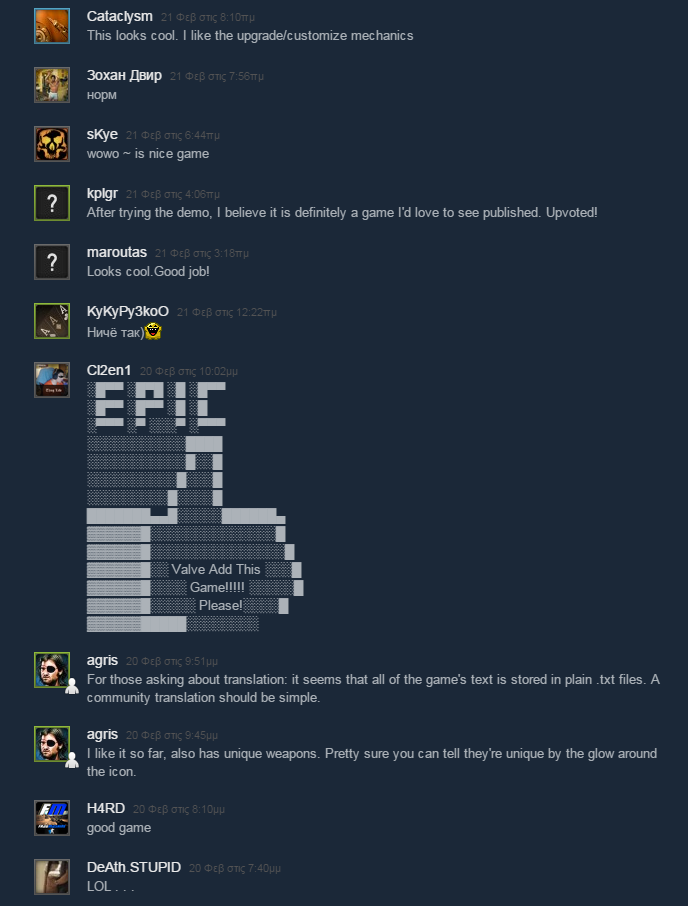 2) The game will be featuring dynamic music during combat. Each music track will be separated in 3 layers of intensity, and as more zombies appear and the situation becomes more dangerous, the music will also be more tense. Neat, huh? The music will be composed by Janet Banerjee.