Post news RSS A Demo of the hand-drawn RPG Aurion is now available!!!

The demo of Aurion: Legacy of the Kori-Odan is out. The dynamic gameplay is partially inspired by the old school Tales Of series, and focuses on 2D real-time combat sequences with narration and environments both drawing deeply from African culture, myths and lore. We hope you will enjoy the demo and feel free to send us in comments your impressions and remarks. Thanks! 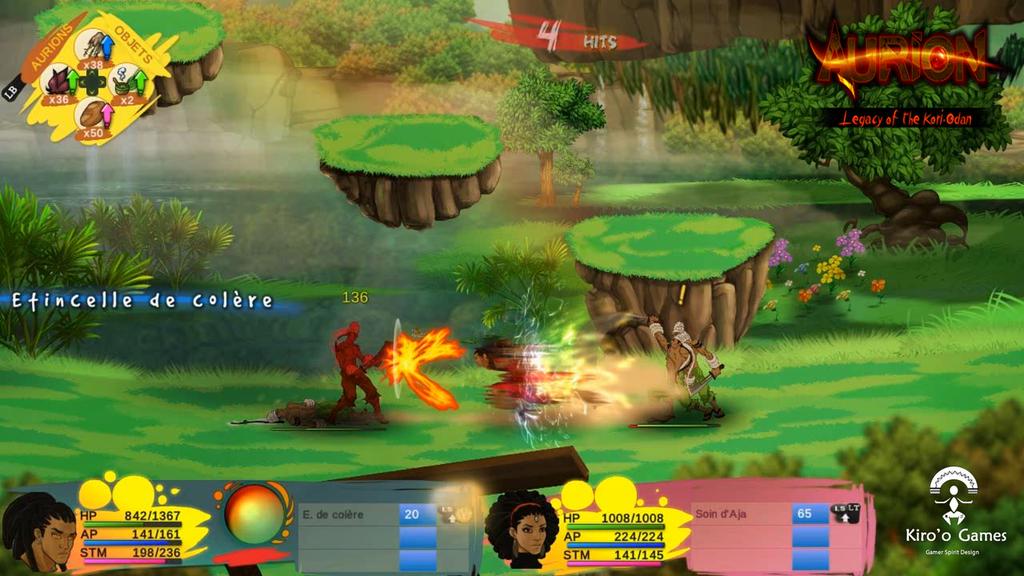 Aurion features hand-drawn and animated African-style graphics and a deep storyline which unfolds over 20 hours of action-packed gameplay which is filled with combat and combos.

Aurion's demo gives you a small view of what the final game will be. It will let you explore the prologue of the game and give you access (after the 1st boss) to a free zone where you can freely try the gameplay and fight another boss (if you are worth to try it).

If you have liked this demo, don't hesitate to vote for our game Aurion: Legacy of the Kori-Odan for the Upcoming game of the IndieDB Awards! Thanks!

Stay tuned for more news about the gamedev: