Post news RSS A Brief Q&A, and a preview of this months news!

I answer a few questions that some of you have about the game! And a preview of what the next news post will be about.

I thought 1 news post a month isn't really a lot, sadly the work I'm doing at the moment is mostly time-consuming and behind the scenes, which means I do a lot of work but at the end of it, the work can be covered in a sentence or two.

So to bridge the gap this month, I'll be doing a brief Q&A about the game, other months I may be doing a video, or whatever I feel I can show at that point in development.

Remember, you can ask me anything about the game in the comments section of the game.

Let's get started shall we?

Q: What kind of modes will there be in the game?
A: The game currently only has a single-player mode where the objective is to build up wealth, start a business and gradually gain influence over the town. I'm not sure if I'll add any more game-modes. Multiplayer is very unlikely.

Q: How much will the game cost?
A: The game will be on the cheaper end of the scale. Below $10

Q: When is it due to be released?
A: The plan is to release the game on Desura's alpha-funding program first (if possible). The aim is to have an alpha version available to the public in Q4 2013.

Q: Can I play the game with a gamepad (I.E Xbox 360 Controller)?
A: At the moment the game is played with the mouse & keyboard, gamepad support can be added if it is a highly requested feature, but is not planned.

Q: Are there going to be future updates?
A: The Alpha-build will contain the core gameplay elements, but you won't have access to the whole game at that point, the game will be added to throughout the alpha and beta-phase up until Version 1.0. Purchasing the game during the Alpha stage will entitle you to updates up to, and including Version 1.0. After Version 1.0, I will ensure the game is as stable as possible, and if financially viable, I will expand the game with as much free content as I can.

Q: Will there be violence or other mature-rated acts?
A: There will not be anything that would make the game be rated mature if it was rated by organizations such as the ESRB or PEGI.

Q: Can I customize my character?
A: As the game is top down, your character's shoulders and head are the only visible parts. However you will be able to customize your characters hair and shirt.

Q: What are the system requirements?
A: At the moment it's hard to say, the game is being built on a medium-high end PC, and I don't have access to lower powered computers to test the game on. At a rough guess I would say a 2.4GHz Dual Core, 3GB of RAM and a 256MB Graphics Card would be able to run the game. These are of course, subject to change as more features and optimizations are put in place.

Q: What platforms will IRL be released on?
A: IRL will first be released on Windows, with a Mac release to follow later, if I can afford the additional fees incurred by releasing a game on Mac.

Have a few screenshots! 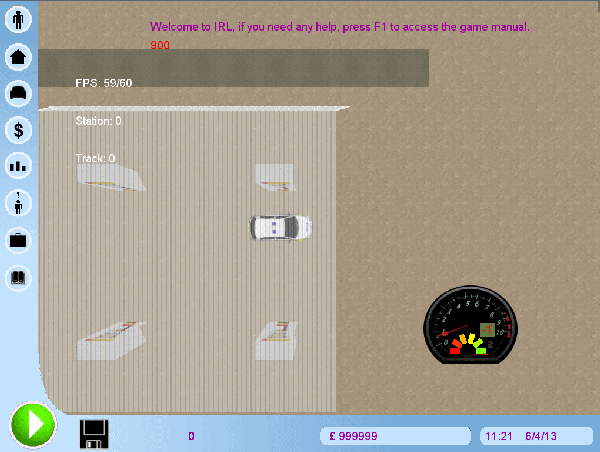 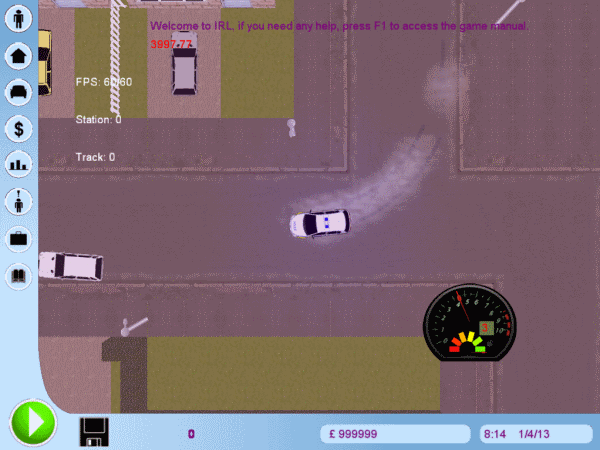 Sneak peek at what's been the focus of this months work: 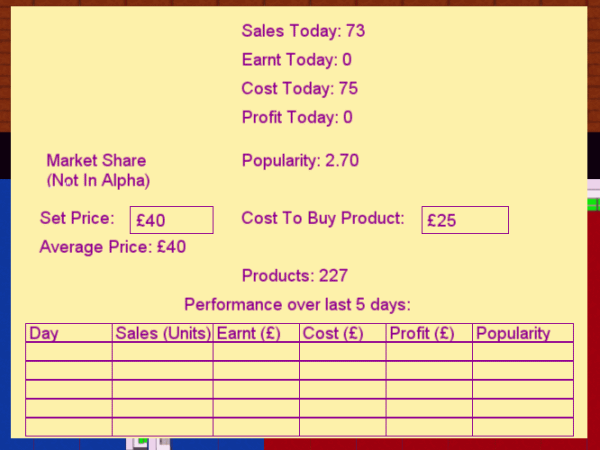 Sorry about the quality of images here, IndieDB requires images be fairly small, and the quality was degraded while I was editing them.

Remember to follow me on Twitter to get the latest info on what I'm working on! @IRLGame