The new version includes tougher early levels, better fireworks effects and an improved tutorial at the start of the game.

99 Anime Girls is an easy to play runner/platformer with mini-games, surprise chests and story elements. Fans of old-school platform games like Alex Kidd, Mario and Sonic will feel right at home. While seemingly simple to start with, the game does get harder with tough jumps, puzzles, secret areas and boss-fights later on.

Out now on Android with iOS release planned. 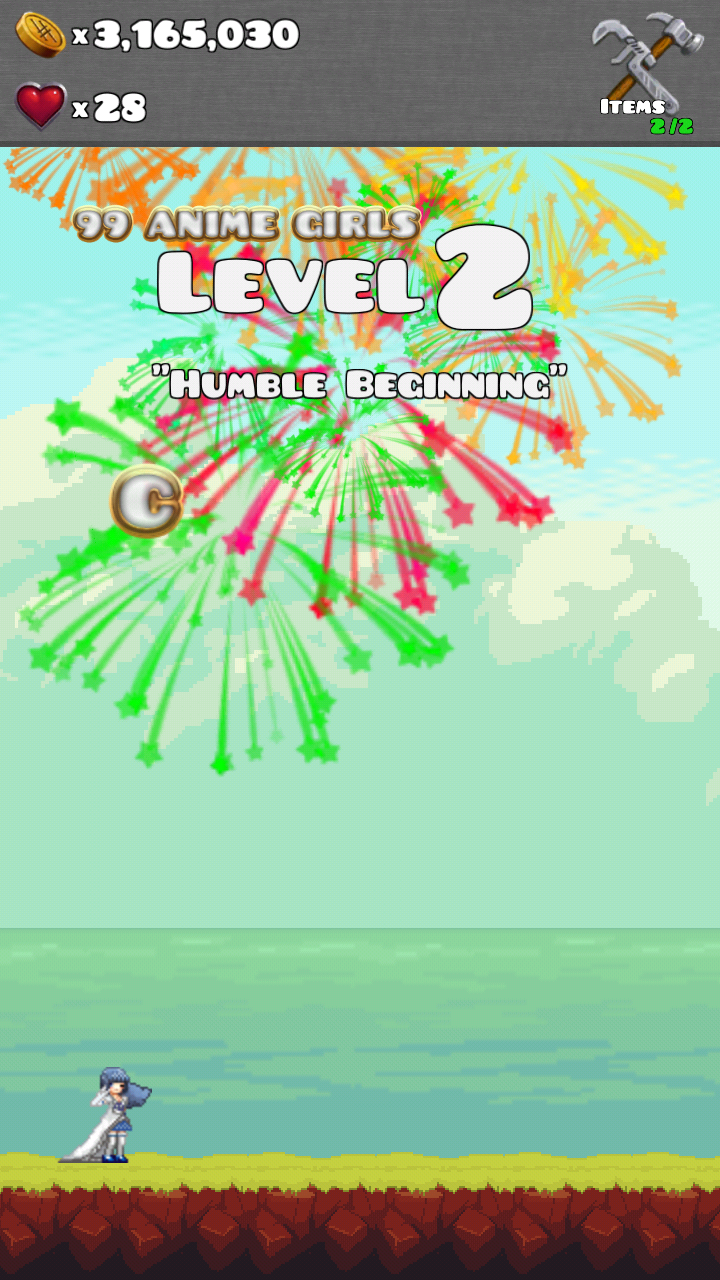