This week we got started on procedurally creating our terrain landscapes, built a prototype for character customization, and took a stab at a world map for level and mission selection.

Posted by galvanicgames on Oct 5th, 2015

Previously we had been crafting our levels by hand using the incredible Ferr2D plugin for Unity. It allowed us to create outlines for the levels with precision, then layer them on top of each other to create a little bit of depth in our view. We try to sneak some depth into the visuals of the game wherever we can, it adds a lot to the overall polish of a 2D game This gave us an extreme amount of precision in creation, but it came at a large time cost. But now with CJ's system we are able to create static meshes in black and white, which you can see below, then Ferr2D maps the points of the terrain edges to the outline in the mesh. It is still a work in progress at this point, but we're excited about where it's headed. The colored sections you see below are areas where content packets will go - bits of flora and fauna like enemies, NPCs, loot crates, and other destructables.

We started work on a character customization prototype.

Royce has been having a lot of fun creating characters these past weeks, and we want to allow the player to choose from a variety of features for the in game avatar. The gif below shows one of our character bases and a few variants on each feature. Below you can see the random button generating a few versions of the different features to choose from. We are using Spine for our 2D animation and then exporting a single sprite sheet and data file to Unity that we can then manipulate at run time to choose different attachments to certain bones. So for example, there is one "eyebrow" bone that animates, but there are 3 different eyebrow variants attached to it that we can swap at runtime in Unity. We have a few other characters in the works, so stay tuned for more.

Royce is working on a world map!

We're playing with a mission based system right now, so with that we need some sort of world map. Royce has been playing with some ideas for the overview of The Rust Belt region of the midwest, and he landed on this version recently that we all really liked. In the image below you can see a view of the town of Crowperch in the bottom left, and in the top right is the Erie Desert, previously the great lake. In this view only the first act is unlocked, so the DMZ, Blightsburgh, and the Chicago Deadlands are obscured by the fog of war. 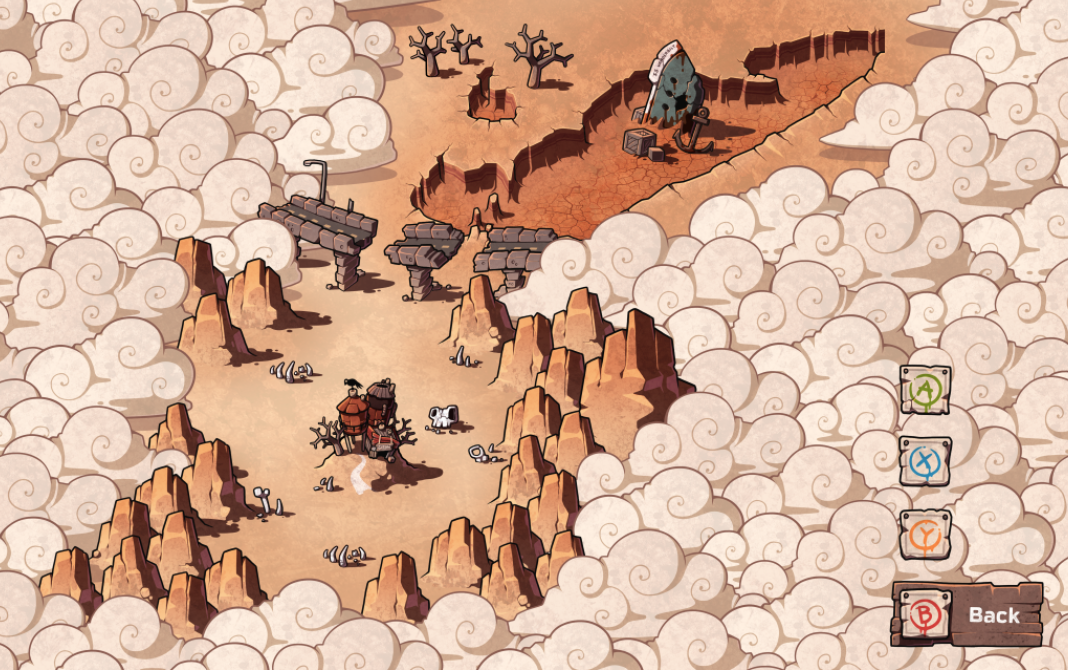 If you're in Vancouver tonight the 30th, come by the Full Indie meetup!

We're in Vancouver tonight for the Full Indie meetup, so if you're in the area stop by the Butcher and Bullock! Lots of great teams and games here to drink, eat, and talk shop.