You can listen to main menu theme song and read about it's inspiration and composing.

Posted by treestronaut-team on Sep 2nd, 2020

Music for your ears

You know how sometimes, you stay in the game menu for a long time, just because the menu theme song is really good? Well, we hope you’ll feel that way with Elfscape: Ancestors.

The menu theme will be on loop, so you can stay there and listen to it infinitely. Also the menu isn’t the only place you’ll find this theme. Different aspects of the melody will occur throughout the game, mainly in the storyline dialogues.

Here, you can listen to it:

And now, some of the more technical details:

The song was made using FL studio. To get to the final version of the song, an effect was used - reverb. The effect used is called Fruity convolver - it simulates the echo captured from real acoustic places. It’s a less known effect in FL studio, people usually use the Fruity reverb2 effect. Piano sound in the theme is used from a direct wave sampler, which is free in FL studio. However, it’s a little hidden, so if you’re interested in it, the next picture can help you find it. There are many good samples in that package, better than the basic FL keys. 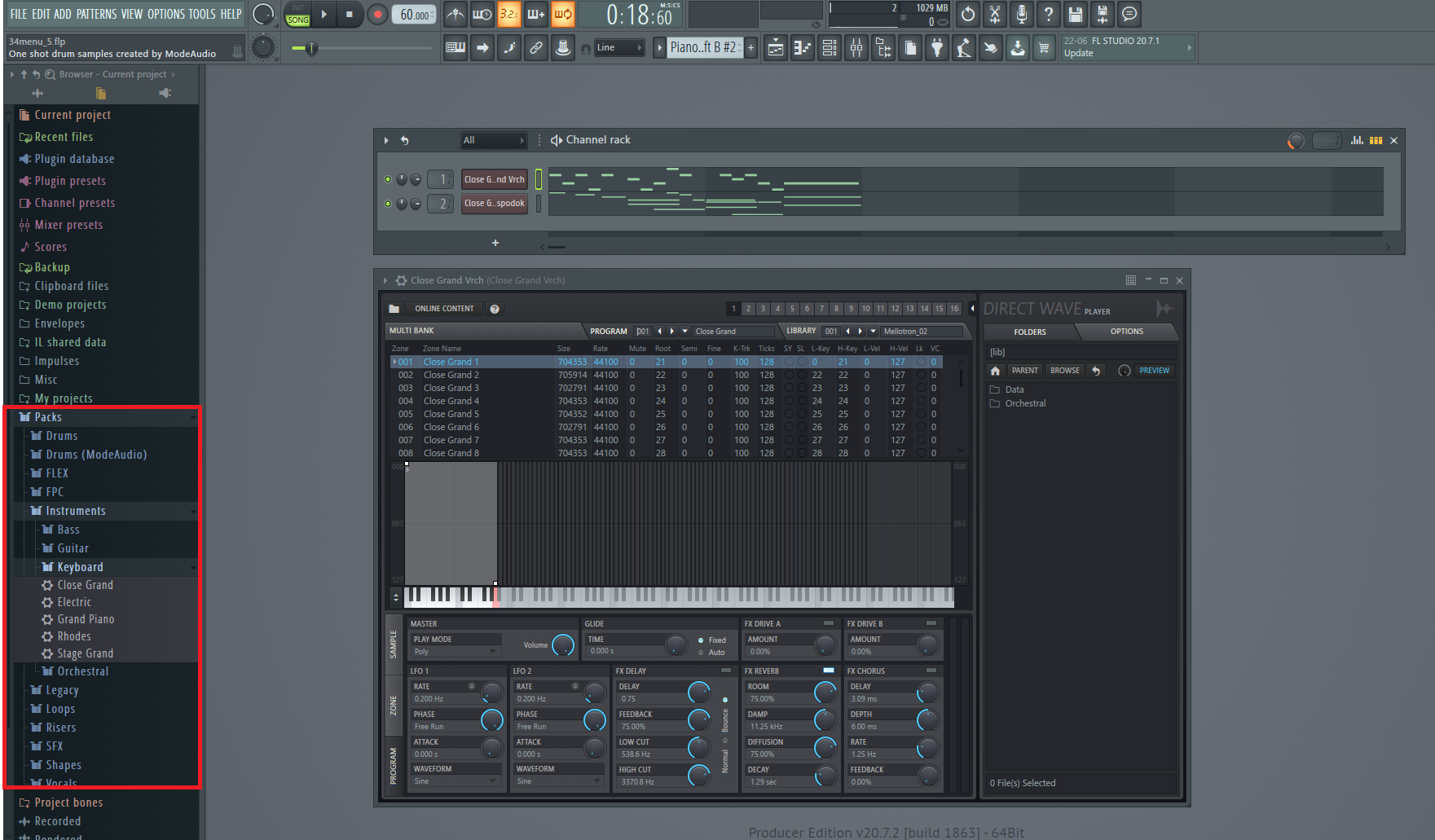