Post news RSS 5. New recruits from the depths of hell!

Posted by goblinzstudio on Sep 7th, 2019 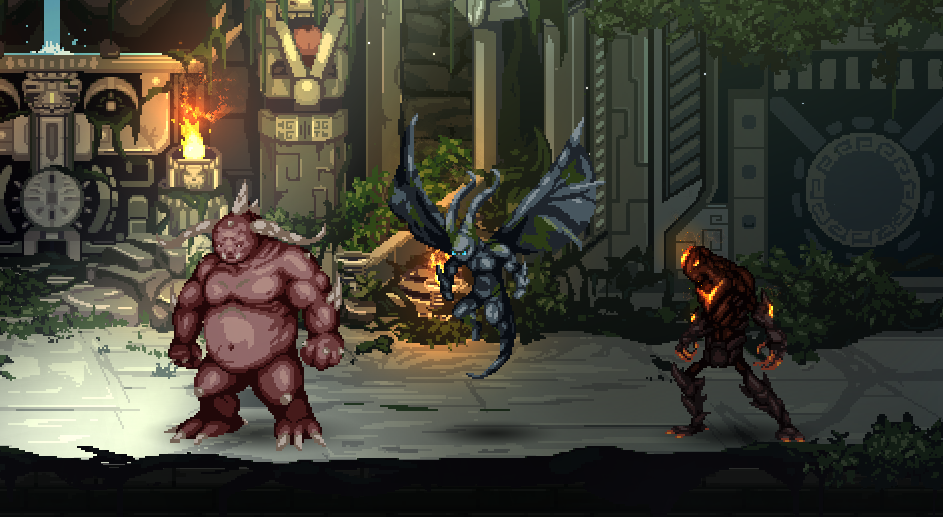 You have been proving yourself and have become famous in the region. New monsters are now willing to work under your orders in the Dungeons Company!

Here’s a quick overview of these 3 demonic creatures!

Let’s start with the first one! Made of living stone, this flying Gargoyle will scare heroes to death!

Here’s the turn of the Flame Eater! This vicious fire entity will burn down adventurers into ashes in no time!

And the best one for the end: the Infernal Guardian! When this greater demon will work for you, the squishiest humans won’t be able to hide behind their tanky friends anymore!

New norms to adapt to…

The dungeon industry is constantly evolving. The high council of dungeoning is always revising or adding laws for dungeon companies.

We’re no exception and we have to respect them.

Too many heroes have been defeated easily lately (you must be the main responsible for this). It resulted in a decrease of adventurers interested in plundering, and actions had to be taken.

You will now have to choose between half of your active employees team and pool of traps when placing your forces.

We hope you’ll still show us that your the best one for the job!

And to finish, a WIP of the next environment <3

Legend of Keepers: Career of a Dungeon Manager Turn Based Strategy
Related Engines