The second blog post, the game is getting more and more interesting. 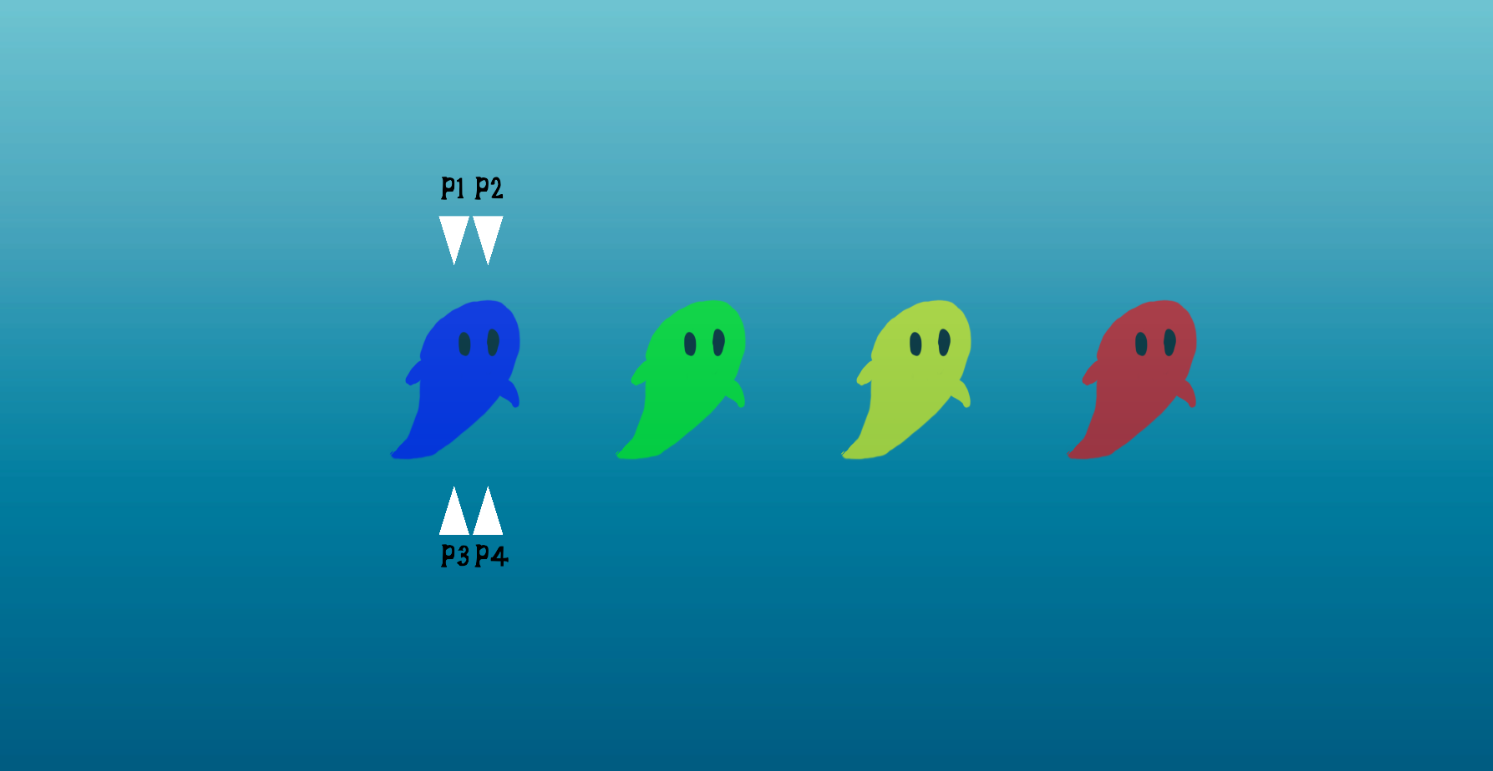 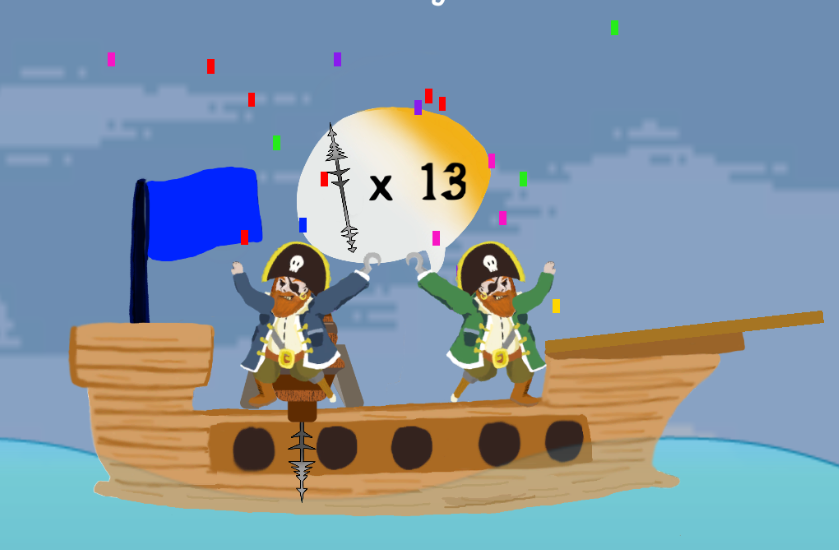 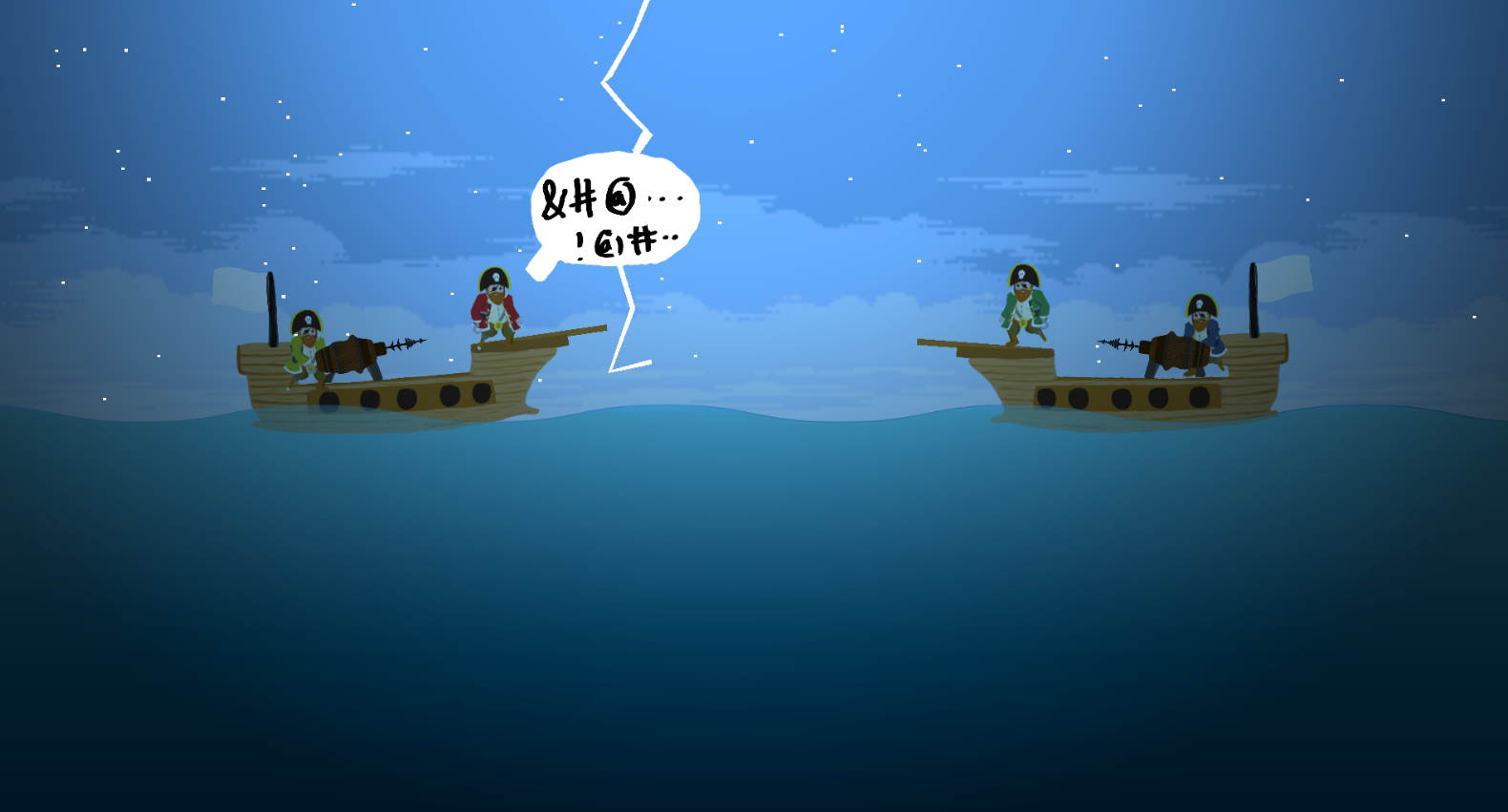 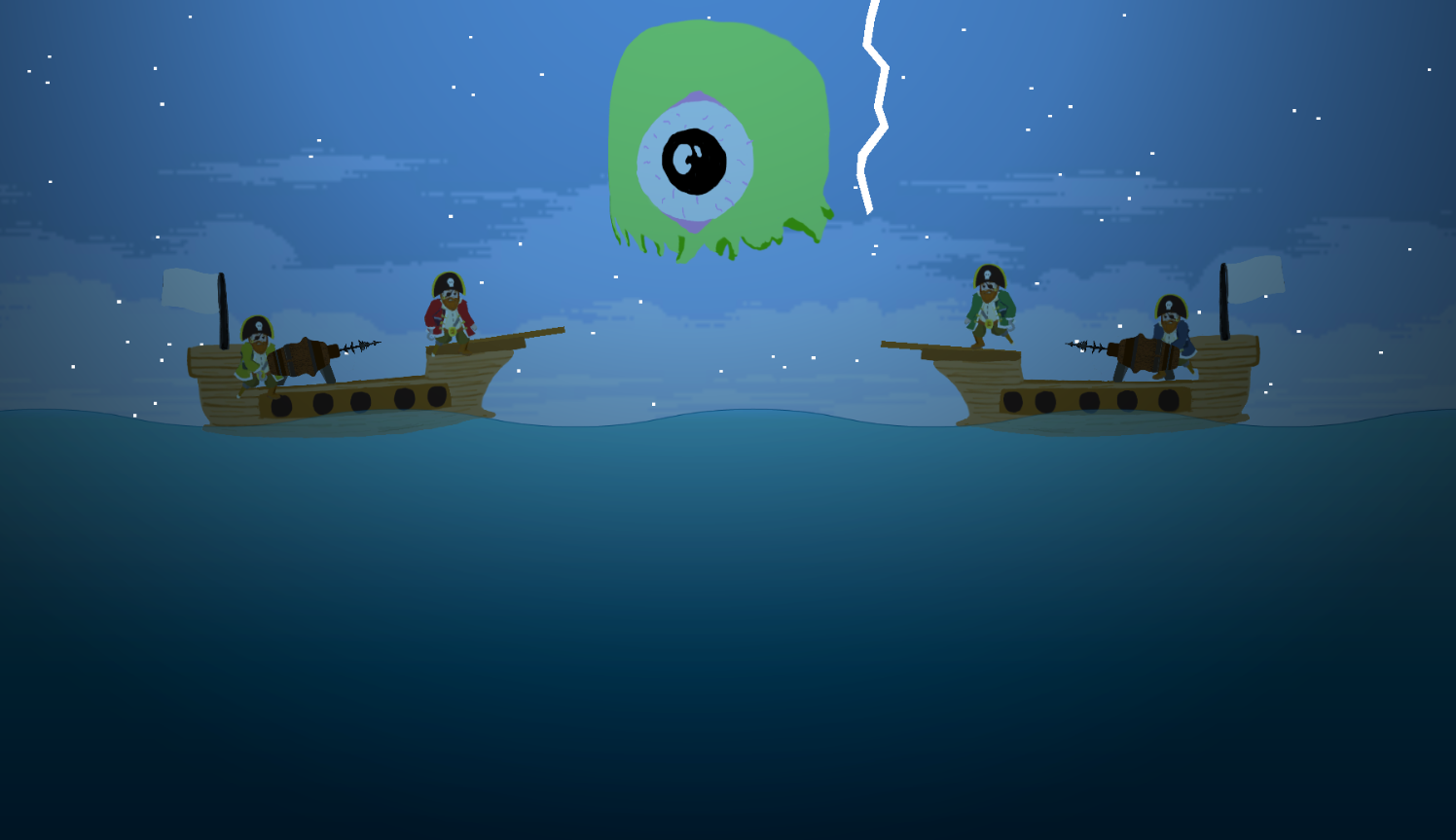 During our alpha testing sessions, we received a lot of positive feedback about our artistic improvements. We felt like we could've still improved on the playability of the game, so we added a lot of juicy effects and scenes this week.

We fired up an intro scene that tells the players why on earth would pirates go hunt fishes (the fish are actually spirits of the dead pirate ship crew killed by a random monster popped out from the sea). The scene had some really cool effects like rain and lightning.

Also, winning the game had no effects in our alpha version, so we've decided to add some celebration animations so the winners can enjoy their victory better.

We also got many feedbacks on the tutorials not being clear enough, so we've also dedicated some time to improve tutorials as well. Hopefully, it's clearer!