version 3.16 open beta released. It is a full version free to play. It might still have some bugs, so play with patience.

Version 3.16 is released as an open beta. 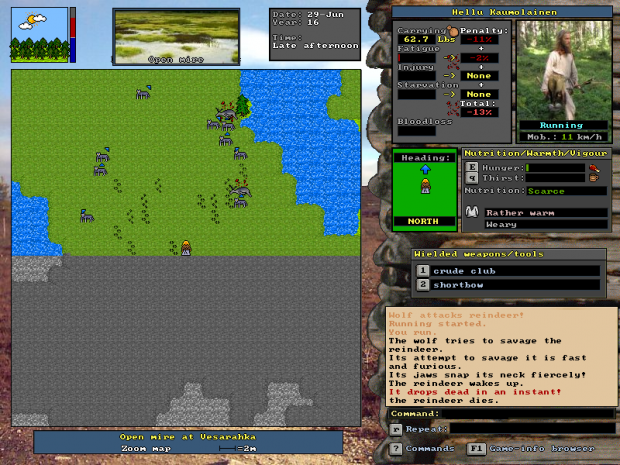 Smoother item handling user interface. For example, now you can easily select multiple items to drop or to move. Dragging items and many other tasks now require fewer keypresses, making the gameplay smoother.

Animals now need to eat. This effectively creates predator - prey relationships. Gregarious animals work as a herd, following their leader. Your pet dog will alert you if he detects wild animals approaching.

For the full changelog see Jmp.fi
For more information about going license-free and donation based see Jmp.fi