We're humbled and proud to announce that our little indie game Table Tennis Touch has achieved 300,000 official downloads as a paid/premium title across iOS and Android.

Our game started life as a little personal hobby project around the time of the App Store's inception. It took several years to even reach the prototype stage, and when James and Jordan finally poured themselves fully into the project it took another two years before it was finally ready for release to the world.

TTT launched in May 2014 as Apple's Editor's Choice, and also went on to receive the same accolade on the Google Play store in April this year.

The game has many "personal" touches in it, like the garage that the home menu is set in is actually Jordan's dad's garage(!), and the Table Tennis club is the very one that he spent his childhood playing competitions in. In our latest multiplayer edition we've teamed up with some new friends, like the wonderful team at Bounce in London, a stylish ping-pong themed club that serves as a brilliant new venue for the game.

We never really thought we'd make it this far with our idea when we first fired up Unity and began tinkering with table tennis physics, but we're now thrilled to announce we've achieved 300,000 official paid downloads - more than we could ever have imagined. We extend a massive thank you to our players and fans for all of their continued support - and rest assured, there's more in store soon! 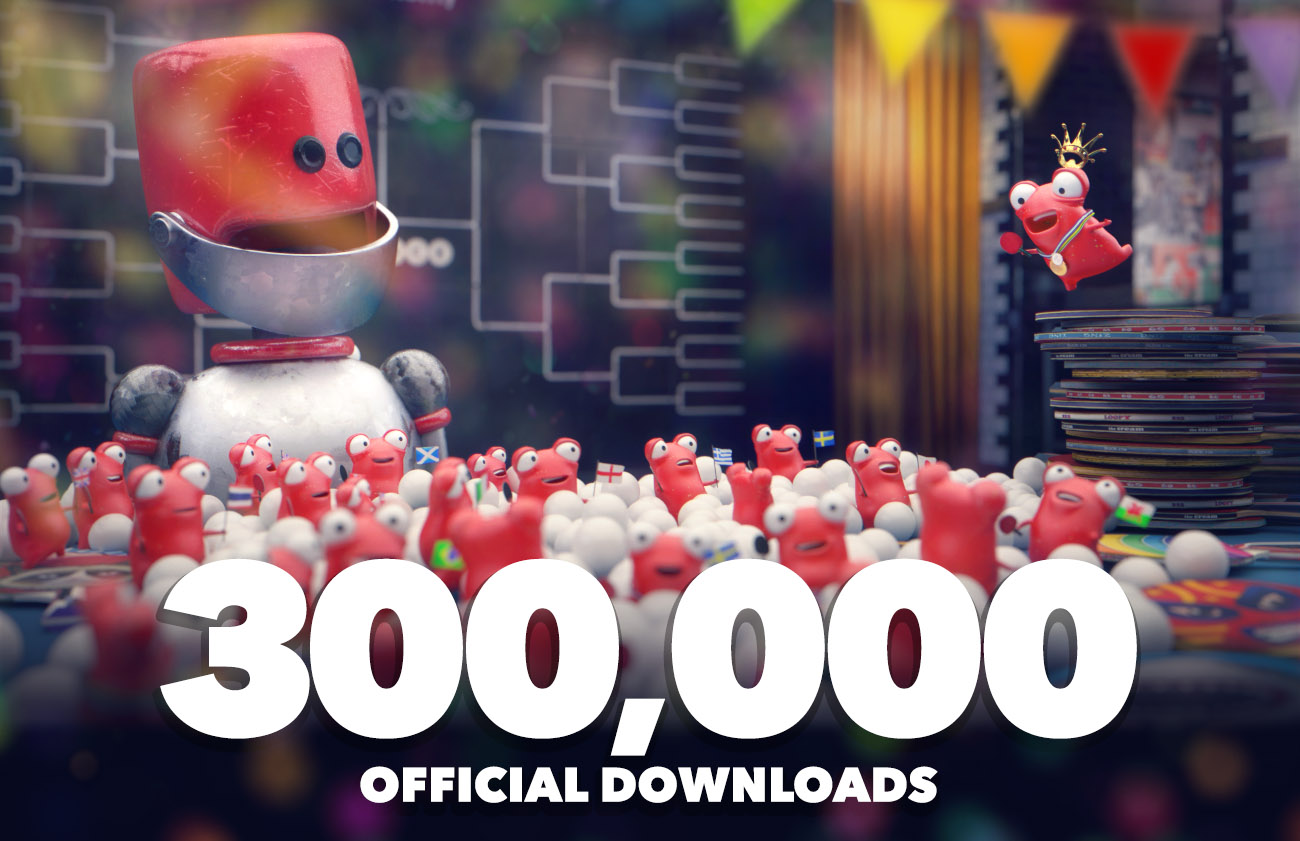 played the game on android device really fun to play,awesome game modes, tried many other table tennis games but this one delivers a very entertaining gaming experiecne