First off, we have racing. Though unlike certain creatures with dots floating above their heads, Roblets drive vehicles. You can change the colors of these, but not much else. As you may be able to tell here, races are in a straight line and involve jumping over obstacles. Sadly this has to be the case as making regular tracks would have made the AI way more difficult to code, though I may still be able to have some tracks which have segments where the Roblets turn left or right (though still stay in their own lane).

There's a lot that may be changed over time and some extra animations I want to add as well, and as far as how stats come into play, the amount of times your Roblet is able to jump over obstacles depends on their defense stat (insert defensive driving joke here). Essentially, your Roblet will be able to jump over obstacles an amount that's equals their defense level (plus 1, so you don't hit into everything on level 0), taking a hit after that, and then it repeats. Future tracks will have different obstacles (both when it comes to type and amount) and race lengths, so having a high enough defense stat will be important. Like everything shown in this video though, the way the defense stat is used may be changed depending on what works best.

In addition, a tester for the game and I had the idea of being able to assign a pit crew before specific races (if not all of them) comprised of up to 4 of your other Roblets, which will upgrade your car mid-race, but only for the remainder of that race. The quality of the upgrade you receive would depend on those Roblets' skill stat, and also the amount of Roblets chosen. This all has yet to be implemented and frankly, I'm unsure if it will work well enough, but I really like this idea so I'm looking forward to testing it out!

You may have noticed the player's Roblet speeding up at times in the video, and also a boost counter in the debug UI (I've still yet to make proper UI for the racing mini-game). Boosting can be done by pressing the A button during a race, though keep in mind you'll only have a limited number of boosts, and while boosting Roblets will always hit into obstacles. But at the moment properly timing boosts is essential to winning the race, so hopefully most people enjoy that. I might consider changing the boost counter to fuel and having it deplete as more boosts are used, though I'm unsure how well that would work.

Lastly, aside from what I've mentioned, I of course plan to add a podium scene after each race, and rewards for the winners (which will be the primary way to level-up Roblets). So yes, as you can probably tell by now there's going to be a good amount of depth to these races, though there's still a lot of work that needs to be done.

I want to end by admitting that it's very well possible the public demo for the game could release in 2022 or later at this point, though I also feel it's quite possible that it could be done for 2021 especially considering what's finished for the racing mini-game so far really didn't take long at all to make. I also want to thank everyone for their support and patience. I can't stress enough how much it means to me. So thank you, and hopefully I'll have more cool stuff to share soon! 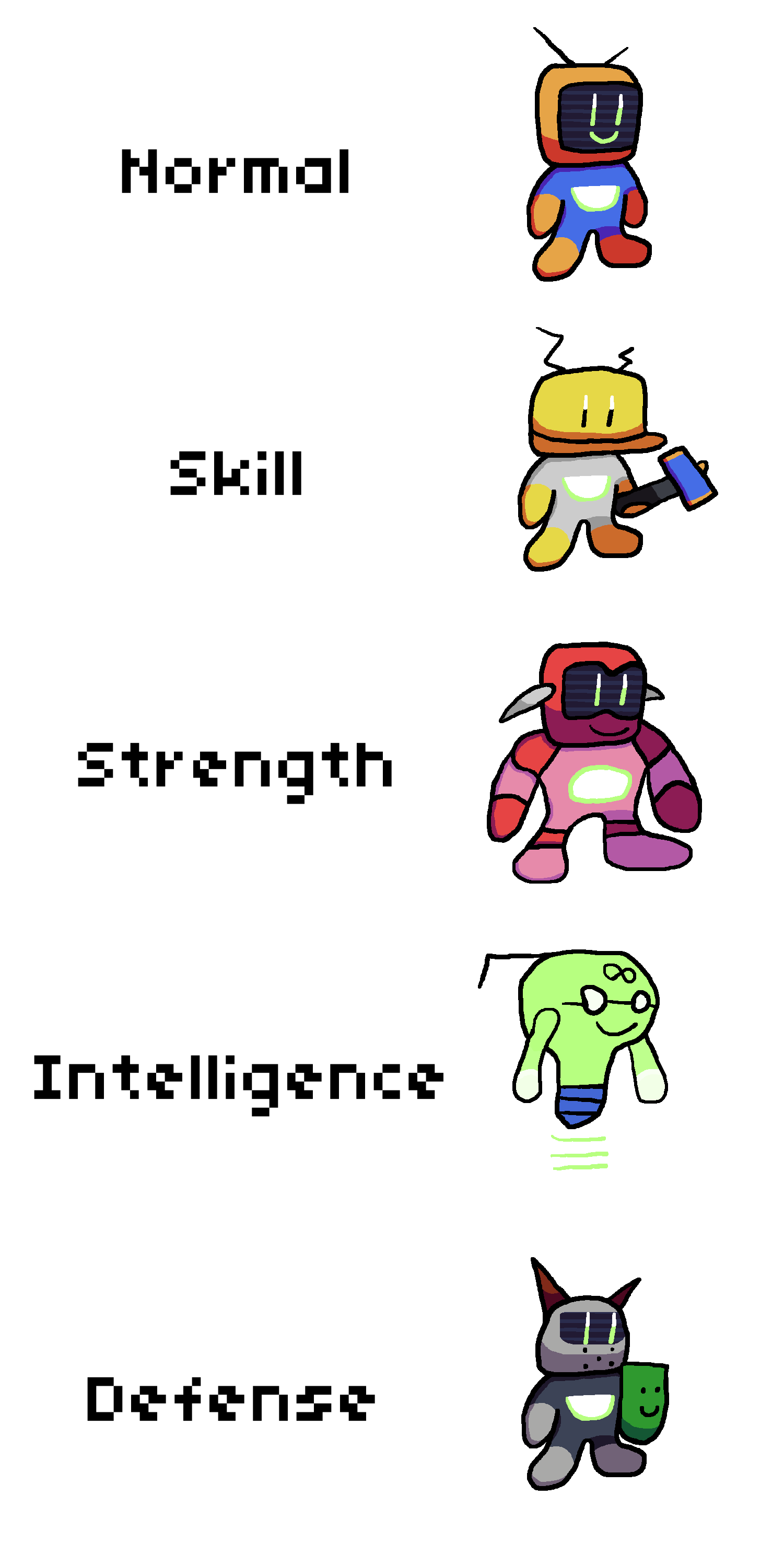 Oh and by the way, here's some Roblet evolutions, most of which I've designed somewhat recently. Thinking there will be a lot more than this, though I don't plan to show all of them off and few of them have been sprited at this point in time. Regardless, stay tuned, and maybe you'll see more of these in the future!