Added dirtiness for liquid foods. Dirty liquids increase zombification. No effect on taking shower. It needs to be heated to clean. 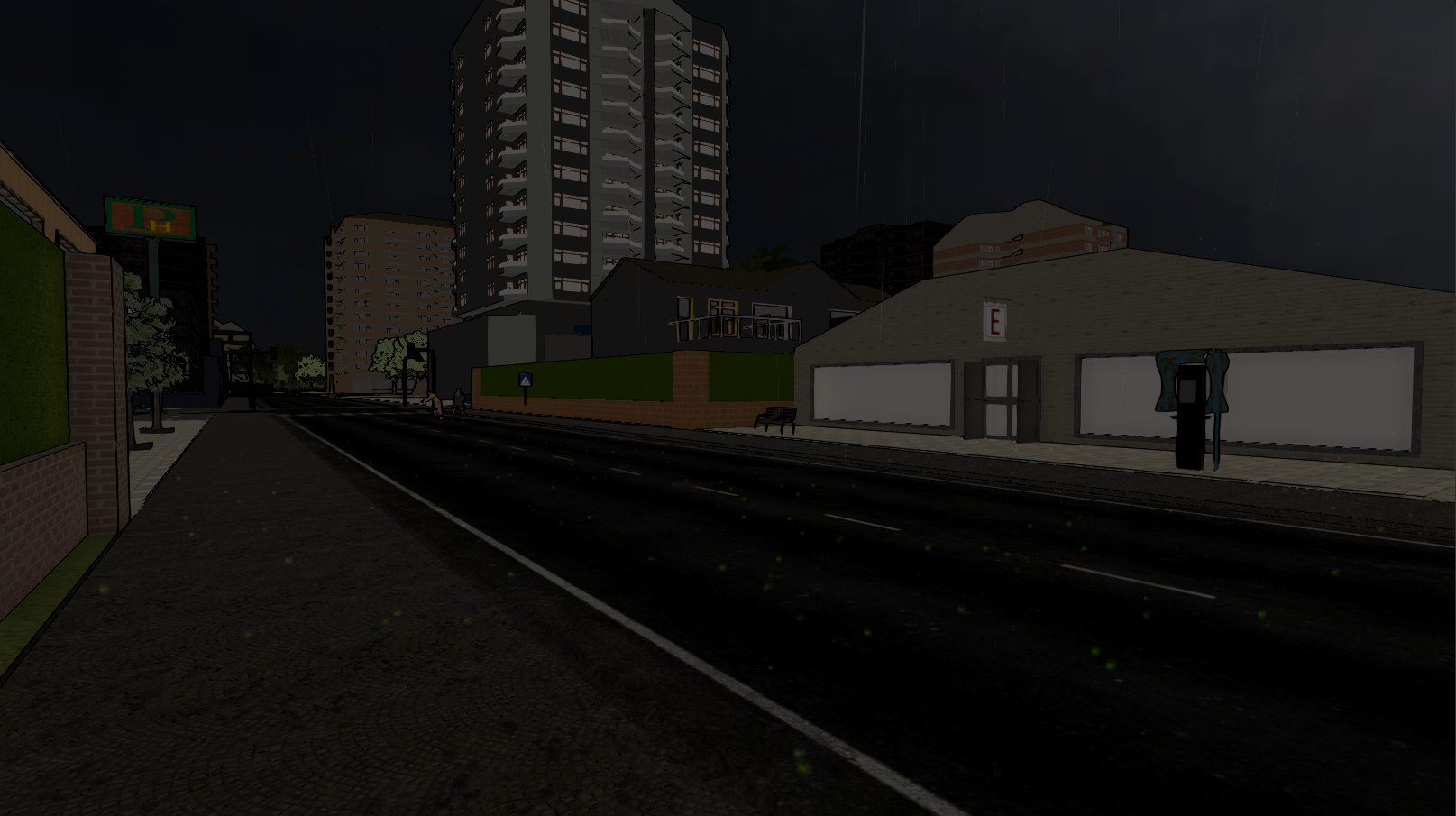 Halloween Special: Witch. It will be replaced by the Architect after Halloween.

Addiction added. The first aid materials used will cause addiction over time. It is treated with serum. 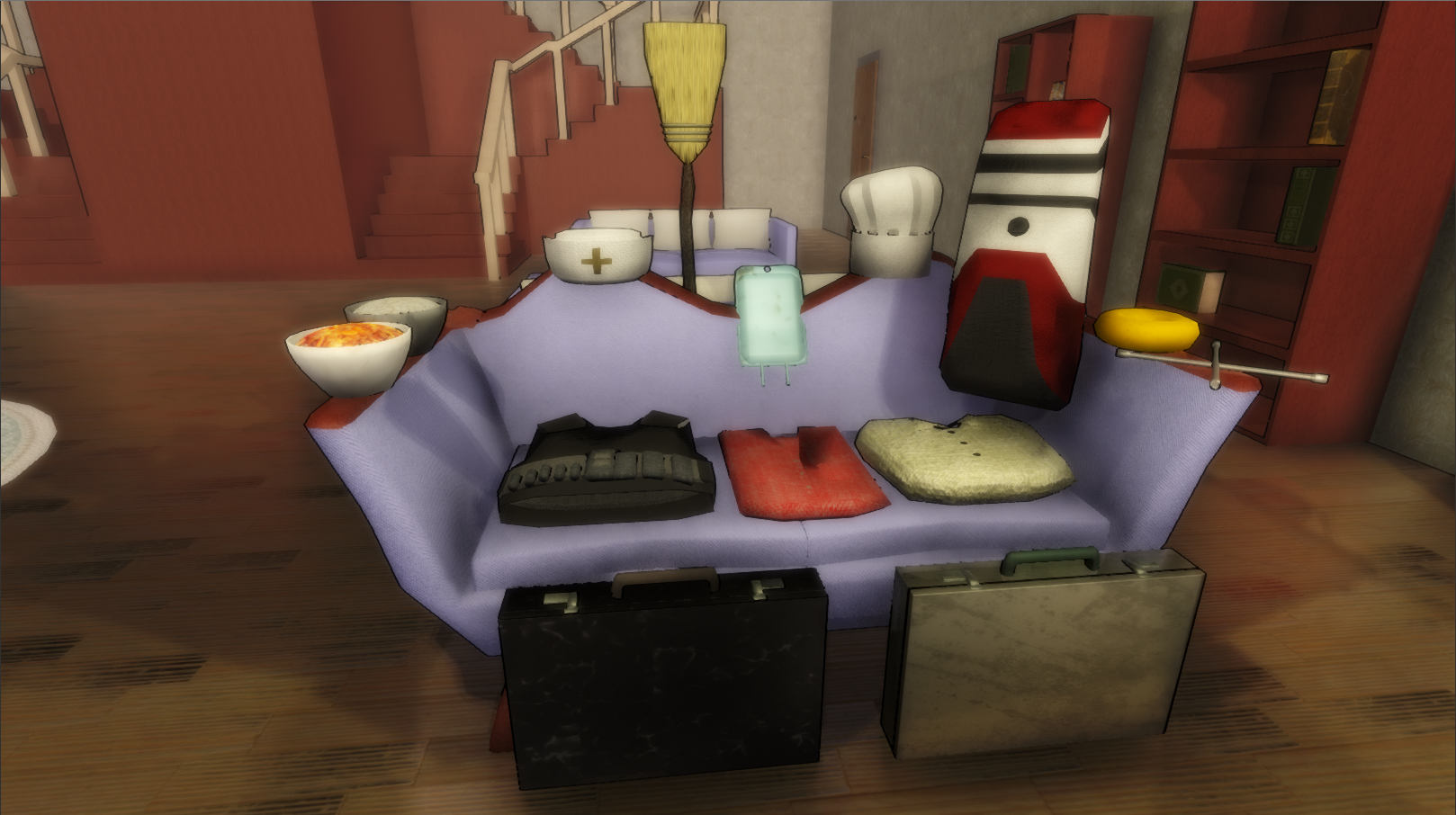 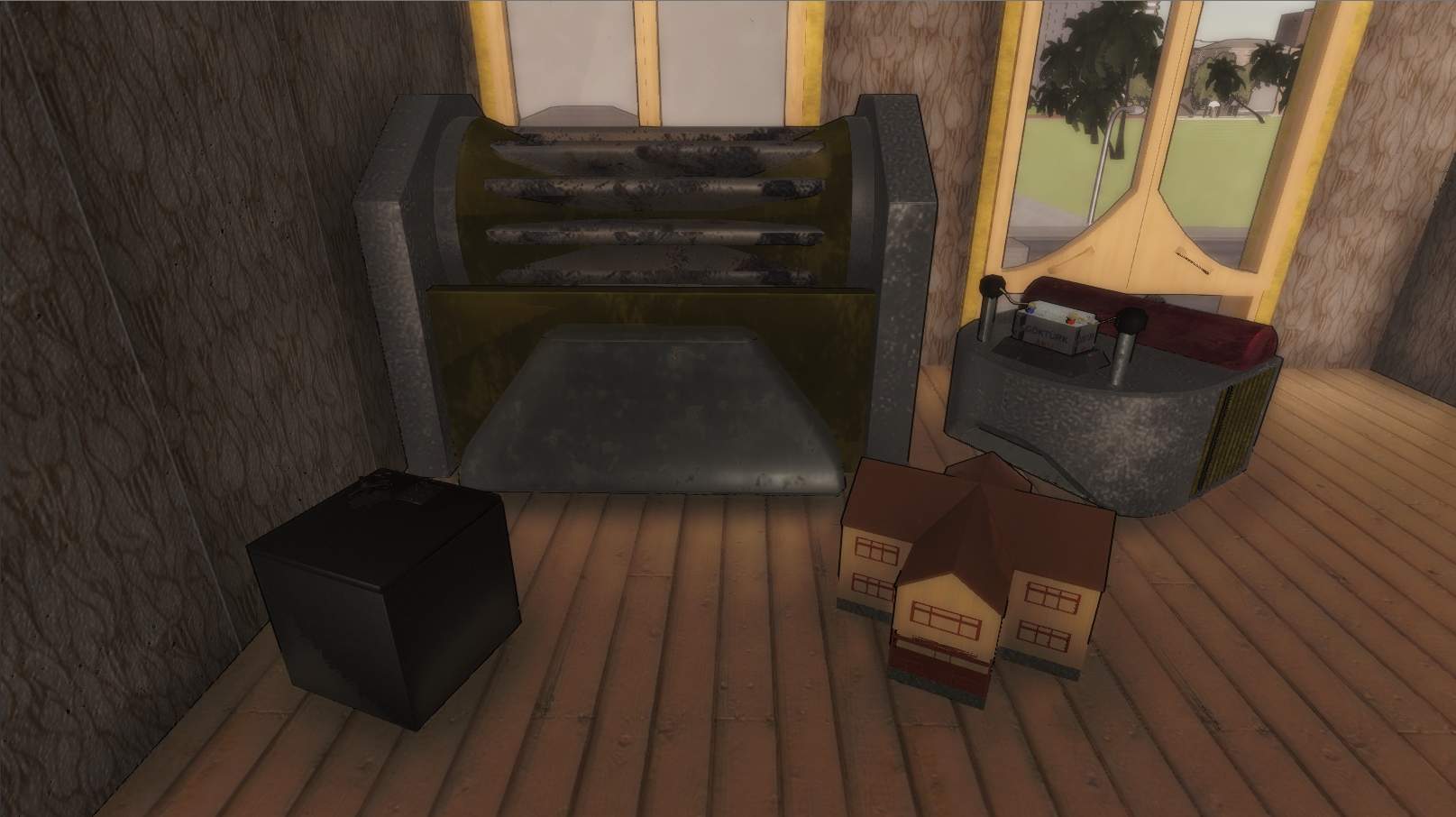 Background color of the inventory objects shows their condition

If present, animals are now spawned with a random color. 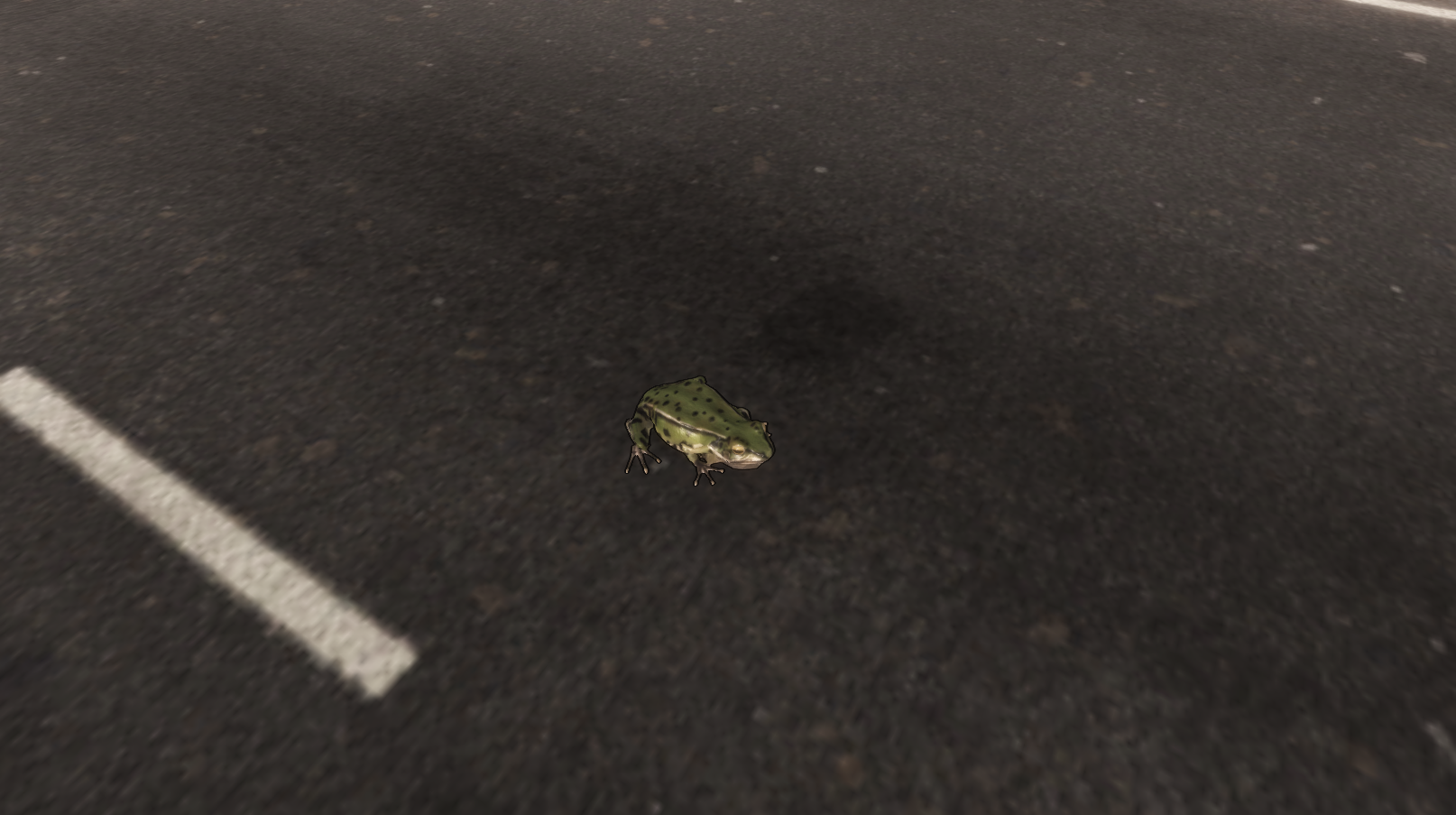 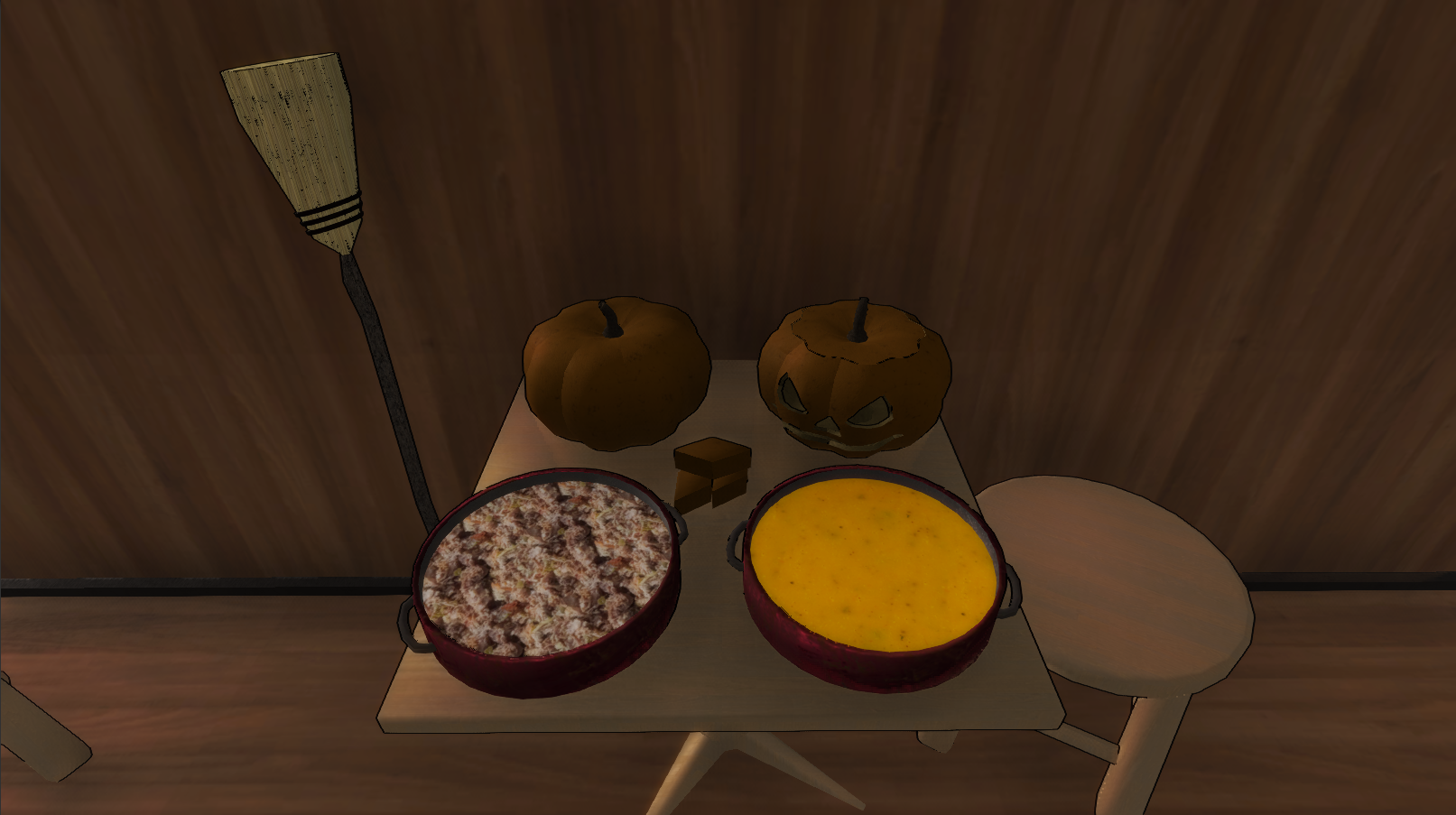 Balanced graphics set to the top

Component of many objects changed to leather piece

Screen blood effects now appear in the case of bleeding 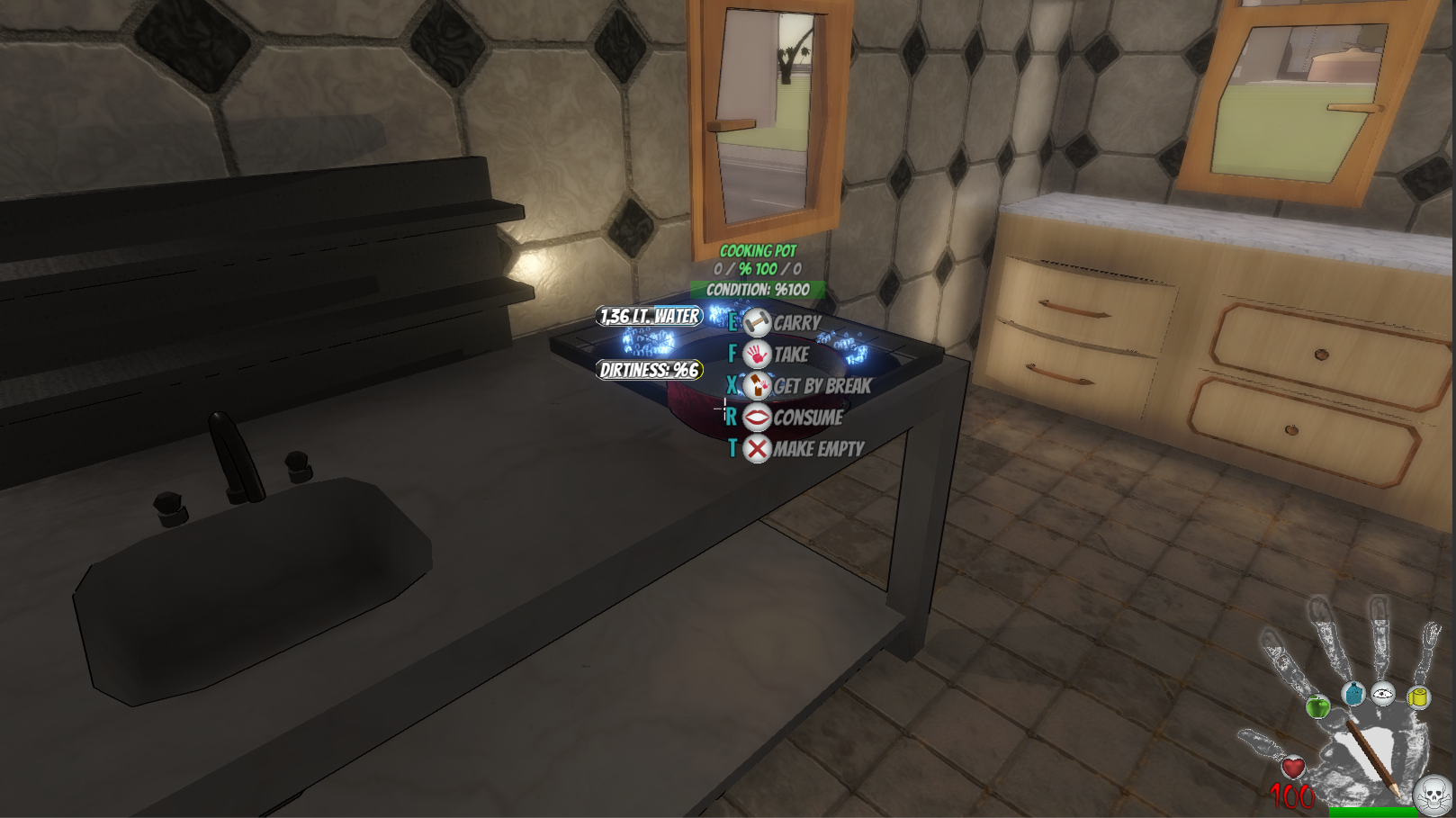 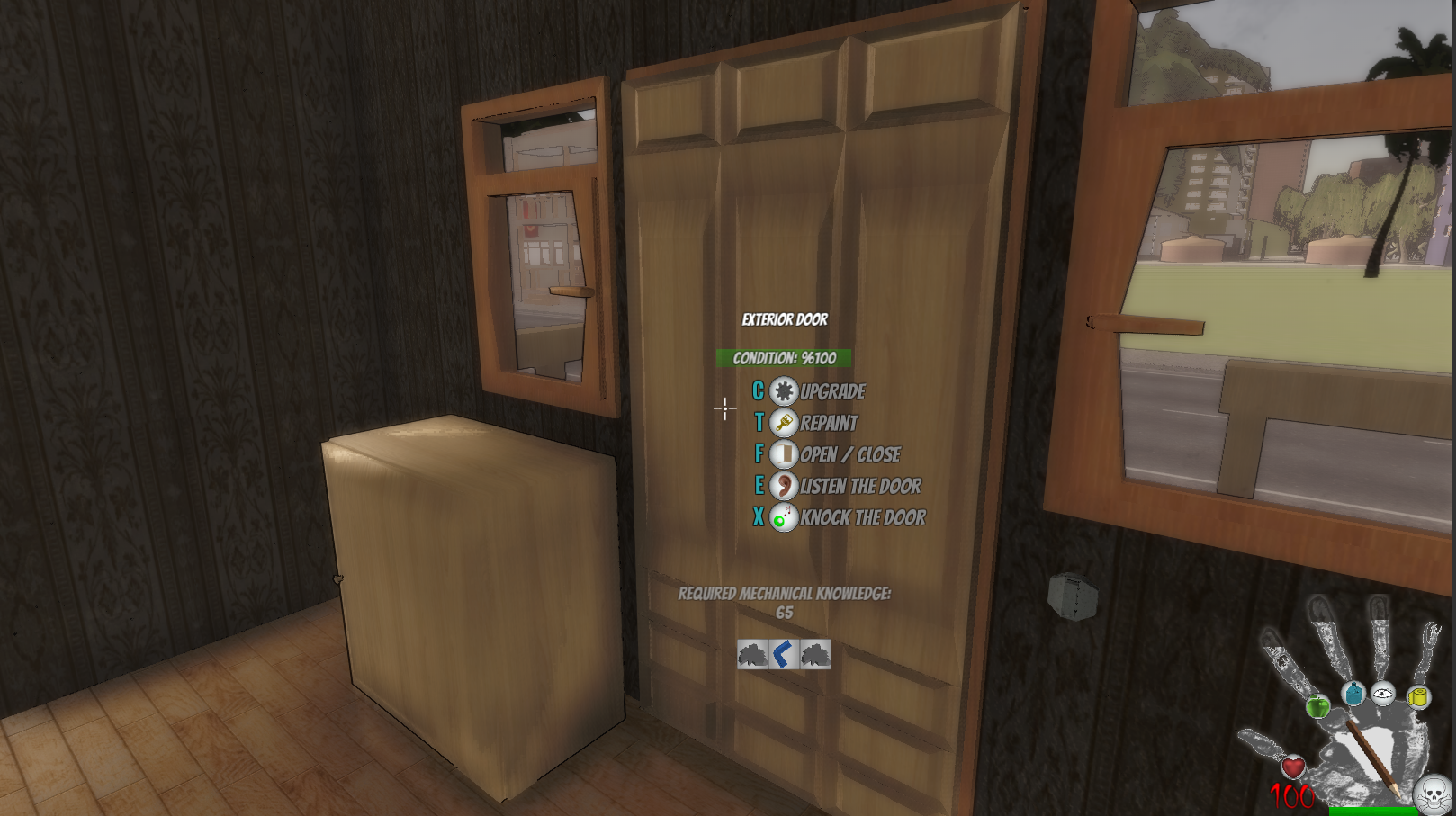 Closed objects cannot be filled with rain or water

Changes made to the character creation screen 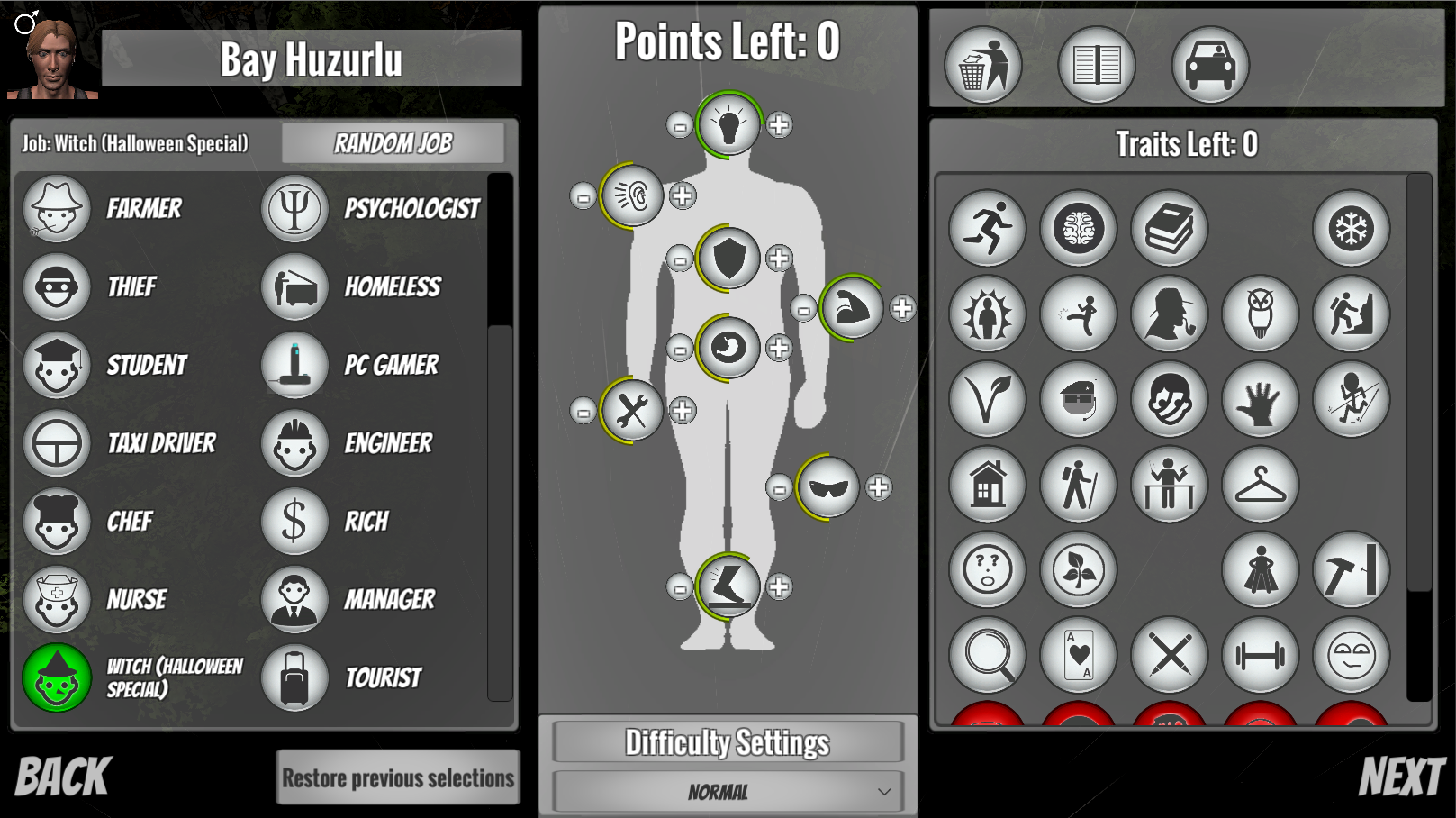 Added to the driver trait: "starts with the car key"

Freedom and Peace now gives 10 point instead of 15 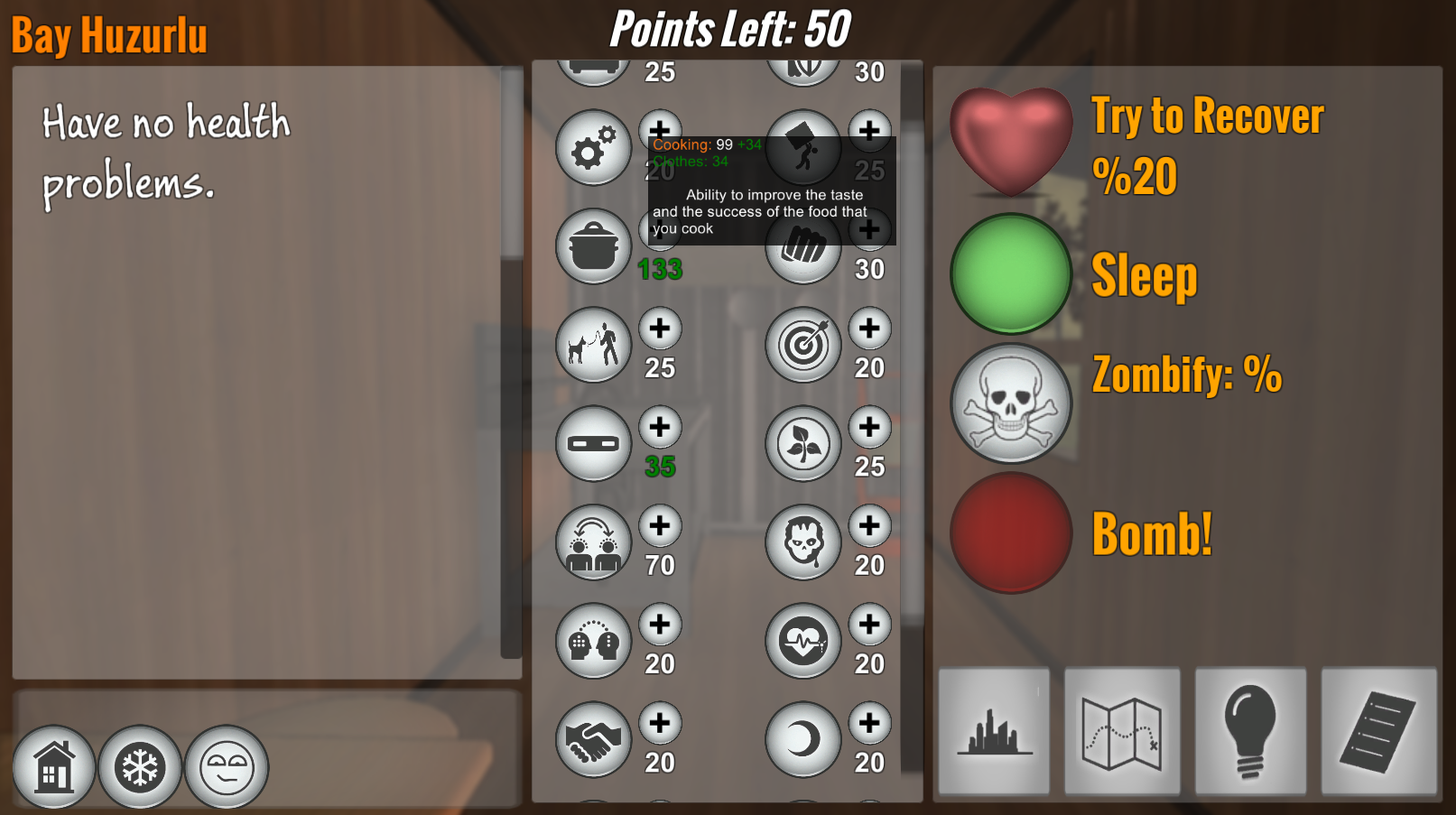 Immediately destroying when melee weapons are thrown into nothing. - Fixed
Problems with NPC, Animal, Zombie saves- Fixed
Big Farming Crate bugged after loading - Fixed
Cooked solids foods have a risk of disease - Fixed
The FOV setting conflicts with the All Terrain setting - Fixed
Zoom options such as binoculars etc. conflict with the All Terrain setting - Fixed
Bookshelves and Barbed Wires not visible - Fixed
Energy Generator can be operated directly without object inside - Fixed
Tool table description is wrong - Fixed
Problems with toy car - Fixed
NPC shelter claim problems - Fixed
Listed keys Do not work on Engine, Battery and NPCs - Fixed
Upgraded van and ambulance rear right door does not open and close - Fixed
Visuals of upgraded glass-based objects do not change - Fixed
Broken glass still looks broken when repaired - Fixed
Karma reset is not working - Fixed
Oil Extractor bugged after loading - Fixed
Traps resets after loading - Fixed (However, they cannot be taken to inventory until they are activated
Fat trait dublicate after each loading - Fixed
Free upgrades works only in replace missing doors etc - Fixed
The books for items "Tandoor" and "Barbed Trap" can be used, but not learned - Fixed
Problems with the Cookery Table - Fixed (Cookery table in previous saves will cause loading problems)
After a while trading with black market is not allowed to trade anymore - Fixed
NPC grouping and base claim issues - Fixed
Problems after fainting - Fixed
Theft or donating product does not work - Fixed
No "required object" translation on locked doors - Fixed
Pictures inside bank vault is have loading problem - Fixed
Street Smart description wrong - Fixed
Gas Generator not working in some cases - Fixed
Infinite loop formation during base claiming - Fixed

Changes have been made to solve T-Pos problems on animation start-up and supervision.
When some open doors or windows are upgraded, it is opened again - Fixed
"Take your life under X" missions not working - Fixed
Weapons act like melee if change weapon at reloading - Fixed
No animal sounds or animals have NPC sounds - Fixed