Posted by DonleyTimeFoundation on Apr 24th, 2016

Welcome to the weekly Boss 101 update!

During the time Boss 101 takes place the robo’s are constructing a warp gate network across the galaxy. As you can imagine this gives them a lot of quick shortcuts to various planets.

The backstory
As you might know – STEVE and Max shared an adventure with ROB a little while back. In it they traveled about the galaxy in their ship – the Cosmic Clicks. Here’s a shot from that go around: 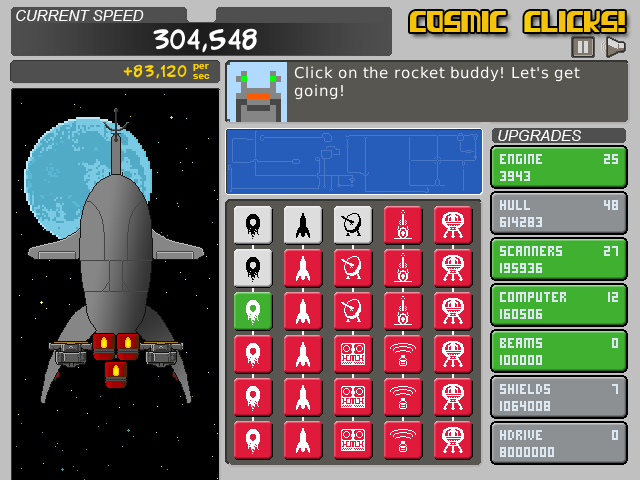 That was then, this is now

Well, ROB upgraded the ship and outfitted it for new adventures. Now it's the main transportation for ROB and the professor when they are scouting areas or making repairs in the local solar system. Of course, they only head out when they know the coast is clear since the Clicks ship isn’t really a warship, it's more like a science vessel. Check out some of the sweet work done!

Here’s the Click Ship all ready for animation tweaks. For scale comparison that green rectangle represents an average game screen. The Clicks ship is big, it needs to be since the engines are equipped with hyperspace jump boosters.

Once everything is in the game we can actually send the guys on an adventure. In this case we have some snaps from them shooting around the local star system. Here’s a series of shots of the ship showing some scale and detail.

As you might notice in some of the screenshots most world have working warp gates, those giant green or purple objects in the background sky. Even with that knowledge ROB and the professor keep the Clicks ship in top form in case they get the call to action.

Warp Gate on a world 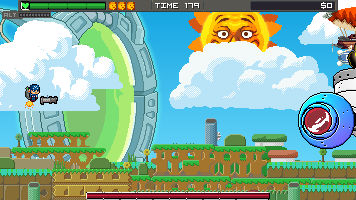 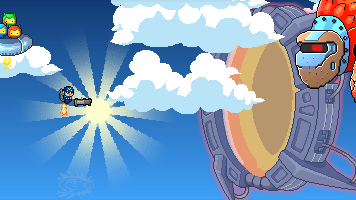 The Boss 101 old school way of travel, use your jetpack

When all else fails, there’s always the old fashioned way 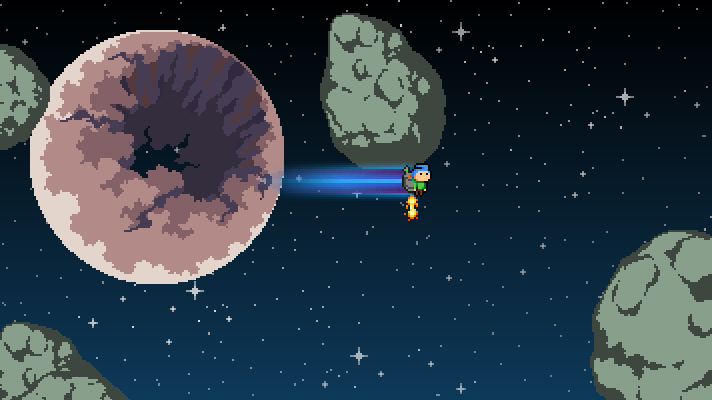 What we have here is gameplay using a special Boss 101 hat. This lid design comes from an awesome character designed by Ryan Carag for one of his games. ‪

Also - watch out for those eyeball bombs! HA!

Thanks again for stopping by for another update and thank you again for the letters and comments. We appreciate your time.

Look forward to hearing from you and remember to live your dreams.

in the second screenshot, are those upgrades for the ship ;o ?

The second screenshot is actually the game Cosmic Clicks from a while back. We did talk about allowing the Clicks ship be upgraded in this game but it will probably be a Boss 102 thing. haha!

ah I see, so its from a different game ;o and also would be something neat to be implemented