We’ve got machine guns, shotguns, pistols. We have bazookas. We even have flame throwers! Did you know we have a few special guns straight from the mind of Professor Gopher in your Command Center? Check this out!

Posted by DonleyTimeFoundation on Apr 11th, 2016

Welcome back to the weekly development update for Boss 101. Thanks for stopping by and we hope things are going awesomely for you!

Creating a Unique gun for Boss 101 and tuning it

You know Boss 101 is about battling the robot bosses and their minions but did you know we’re giving you some of the galaxy’s most awesome weapons in your fight? Well we are!

We’ve got machine guns, shotguns, pistols. We have bazookas. We even have flame throwers! Did you know we have a few special guns straight from the mind of Professor Gopher in your Command Center? Check this out!

This one is awesome and uses the latest and greatest tech you find in the game. Once assembled it can put the big hurt on the bosses by turning their own power against them. First though – let’s walk through the process of making the gun for the game.

Before it gets into the game, we design and create the base art. This is after discussing the basic powers and leveling of the gun. In this case the art below is a Level 1 Gravity Gun which is the weakest Gravity Gun you can get in the game. It’s limited to smaller boss and minion bullets but can still pack a punch.

Here is the art ready for an animation pass… 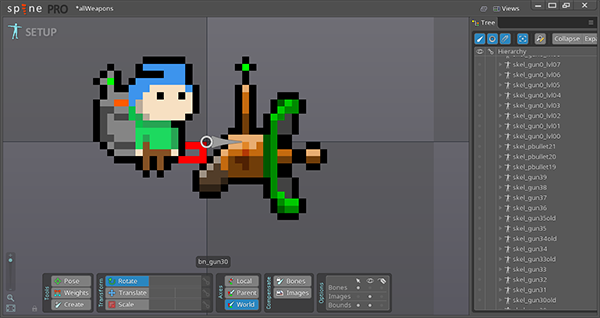 Once we have everything in we look at making an idle and firing animation for the guns. In this case we setup the basic idles and prepared to import things into the game.

We also created two more versions of the Gravity Gun as upgrades to the base gun. Here is a Level 3 Gravity Gun. A little more powerful looking and a stronger sense of the ‘magnet’ theme.

Once things are in the game we get them functional before we do any serious tuning. Here’s a pass on what to expect from the gun. It can grab enemy bullets and then release them back at the offending party.

For instance, this minion didn’t know what was coming…

Of course, if you get a little creative you can hold the bullet and have a little fun ramming enemies.

Screenshot for the day

Boss 101, how does the story start? Check this screenshot out. Where does it go from here? That's up to you. 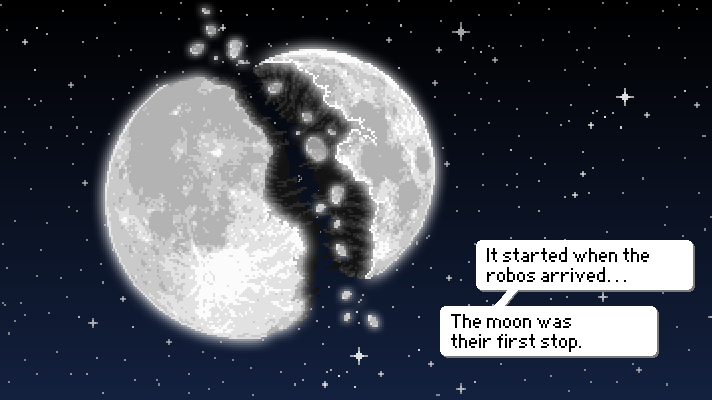 There’s more to come as we continue down the path of polish. Keep checking back for more looks at the weapons and the world of Boss 101. We enjoy showing you a little of the time and care we’re putting into everything.

Boss 101 means a lot to us and thanks again for all the letter and the feedback. We appreciate all your support.