We look at Boss 101 as a world and you are living in that world with S.T.E.V.E. and Max while you are playing the game. For that to feel as awesome as possible we want to put in the details that bring the game screens to life. We want to show the world as we see it, in cool details and interesting action.

Posted by DonleyTimeFoundation on Mar 28th, 2016

Welcome back and hope you are doing well! We’re here to talk about the ongoing touchups and polish going into Boss 101.

A lot of what we are doing is making sure there is something interesting happening for you on EVERY screen in the game. We look at Boss 101 as a world and you are living in that world with S.T.E.V.E. and Max while you are playing the game. For that to feel as awesome as possible we want to put in the details that bring the game screens to life. We want to show the world as we see it, in cool details and interesting action.

Most of the time we are taking the ‘show don’t tell’ approach and putting the action up on the screen for you to see and make your own conclusions from. We often talk about creating enough detail on the game screen for you to get a sense of the world’s story without us having to outright spell everything out. There are a LOT of great movies and games out there which do this so well. I think one easy example is an old movie called Raiders of the Lost Ark. In the first 13 minutes we learn just about everything we need to know about Indiana Jones. That sequence involves him stealing the idol by sneaking around all the traps, then escaping in spectacular fashion. He then LOSES the idol and escapes another near crazy situation by leaping into a river and climbing into a plane as it is taking off. Of course, in the plane’s seat is a snake and he hates snakes. Ok, seriously, by the end of that sequence we know exactly how cool this guy is, we’ve seen him do his thing and he’s been through a variety of situations. It’s a brilliant intro to a character. I would also argue that Pirates of the Caribbean intro of Captain Jack Sparrow is pretty compelling in terms of ‘show don’t tell’.

The point of mentioning all this is to talk about the kinds of things we are looking to do with Boss 101. We want you to come back to each screen and maybe see something new or some detail you might have missed the first time. We have lots of animations and details we are putting in to help round out the story of the world and the people in it.

Of course, if you are reading this devlog you have a huge heads up over people playing the game since you are seeing the work first. Here we have the Endless Boss launch room. It was coming along really well but we still had a pass to do with your friends and mine – the gopher crew. This is the instruction panel were you will see how the various modes for Endless Boss actually work. It wasn’t enough to just have some words written on the panel. We wanted to actually have some cool gopher tech happening. You know those guys are ESSENTIAL to the success of your mission. They run a lot of the main base along with R.O.B.

Here we have the panel in progress with a call out to the art we want for the gopher tech. 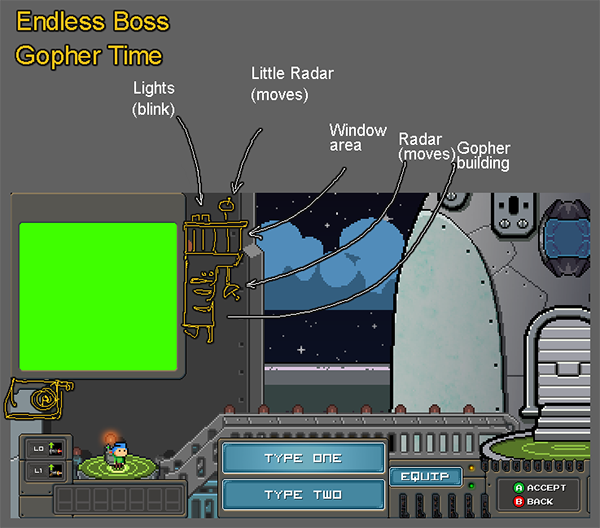 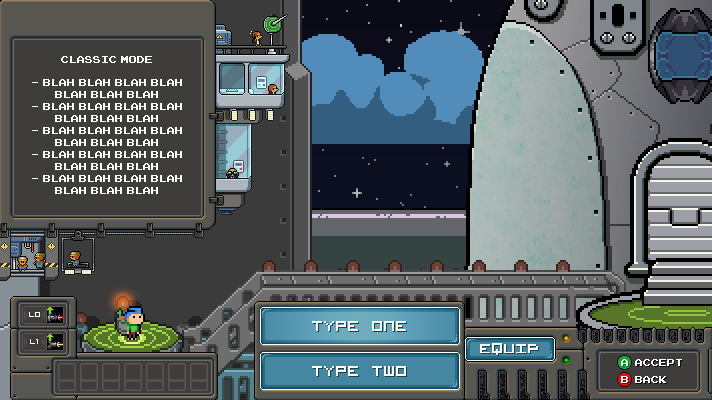 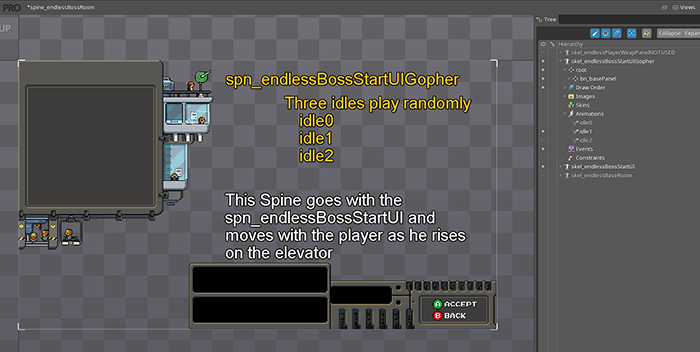 YES!! That is how the magic is brought to you. We’re doing this all over the game. Check out this one on the options screen…

What are those guys doing? What do you think they are up to? That is part of the Boss 101 magic. You get to join in the story too!

Working on effects for the warp jumps Max and S.T.E.V.E. do. You do get to hop around the galaxy in Boss 101!

Talk with you soon and remember to always – LIVE YOUR DREAMS!