We appreciate your time and support. Let’s get right into things shall we? We are here today to give you an update about the game’s progress and talk about the schedule going forward. Also, we are answering questions about Early Access.

Posted by DonleyTimeFoundation on Mar 14th, 2016

Hello and welcome back to the latest Boss 101 update. We appreciate your time and support. Let’s get right into things shall we? We are here today to give you an update about the game’s progress and talk a little about the schedule we see going forward. Also, we are answering questions about Early Access.

For some of you this might be an AWESOME read filled with behind the scenes information and for a few it might be a lot of writing to cover a simple subject. Let’s start with the simple answer first and then elaborate.

The current expectation among the team is we are shipping Boss 101 in 2016 and ideally mid/late summer. We can’t put that in stone and if you will ALLOW US A MOMENT OF YOUR TIME we can explain what’s been happening and how soon you might get a copy in your hands.

Light at the end of the tunnel

Yes, WE DO SEE THE GAME HEADING INTO A FINISH! While we don’t have an exact date the main components of the game are in place. The game loop has been tested and is in order. Most, all the main gameplay elements have their foundations and several passes on them. All good and well. 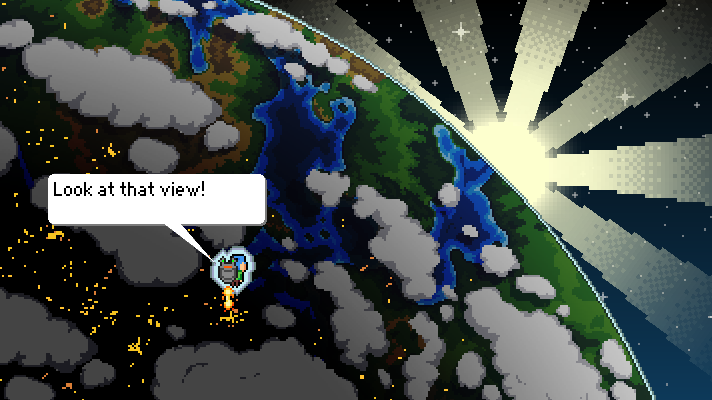 I know it might be hard to read and understand how something can have all the main components in place and not be ready for something like Early Access but I will attempt to give you our perspective on things. I know it might not satisfy those who are really anxious for Boss 101. I also know we have some extremely caring and patient people who would probably be OK with a rough pass on Boss 101 in Early Access since after all it’s called EARLY ACCESS! HA!

From where we stand Boss 101 is moving along smoothly and all of us are working our hardest to make sure the game has as much quality and polish as we can put in it. When it comes to something like Early Access we have seen a few roaring successes and a LOT of really bad releases. One thing the successes seem to share is a development team dedicated to constant feedback and frequent updates to the builds. One thing the failures seem to share is low feature count, bugs and devs who become somewhat absent parents in terms of feedback and engagement.

The slings and arrows of outrageous boss fights!

For Early Access to work we would want it to be a stellar experience for you. We would want to be right there for comments, feedback, fixes and updates. We would expect you want no less. Of course, we would also want it to make sense from a developmental point of view (i.e. more sales and/or a much better game). At the moment, it doesn’t make the most sense to put our time into an Early Access with chief reason being we just don’t have the bandwidth to do it the way we want to.

Your personal opinion might differ and we thank you for believing in us that much. The simple truth is the team has less people than fingers on one of your hands. We are daily stacked with the task of taking what is in the game and making sure it plays nice and well with all the other parts. This includes basic gameplay balance as well as core level functionality tweaks and adjustments.

An example among many examples would be the option screen. We are adjusting it to have all the functionality one might expect for a game. We have the broad features but are now drilling down to specifics such as adjustable screen sizes, configuration of controls, sound panel controls, etc. This is just a small example of an area where the basic code and art structure is in and the shine is being added. Take this example across a multitude of systems and you start to see the picture.

Some might debate that it’s probably better to go Early Access and let the community in on the dev cycle. It does allow a lot of nice things. We still have to circle back to the position we would want to do it right and at the moment it just doesn’t make the most sense given our internal schedules and manpower.

Hats, some new versions in

What about a Beta?

We might have mentioned this before but we are planning a BETA. For that we are planning to give a limited amount of people access to the game to review and help us shake down some of the early issues. If you are interested in that you can always mail us at hello @ donleytimefoundation.com (remove the spaces). Just mention you are interested in helping out with any early BETA’s and we will put you on the list to be contact if and when the time arrives.

So to sum it up

As we have said before in prior posts and replies - giving you our best effort hopefully isn’t making people impatient. We are not looking to disappoint anyone or make you personally upset. If the end result is a better game with a much higher value there really is little loss for the user. We’ve only promised the best game we can do. We’ve had delays but they were communicated here and in all our blogs. We've welcomed feedback and answered every comment directly. Also, we aren't doing a Kickstarter and we haven't taken anyone's money. The only thing happening is we are making a game, on our own dime, in the hopes of bringing you our best. We just can't rush it, it doesn't get us anything and won’t make your experience any better. We have only a few people so out time is really at a premium.

I may have mentioned this earlier but I have been making games for a while and the thing which sets the gems I have played apart from the ones I have long forgotten is the care and love the devs put into their effort. Nearly every single game I can name that I love also seems to have been equally loved by its creators. Now it’s our turn. We aim to have Boss 101 entertain and delight you.

Thank you again for all the support, e-mails and contact via our various blog posts. We do read and listen to all of you and it MAKES OUR DAY to hear from you. 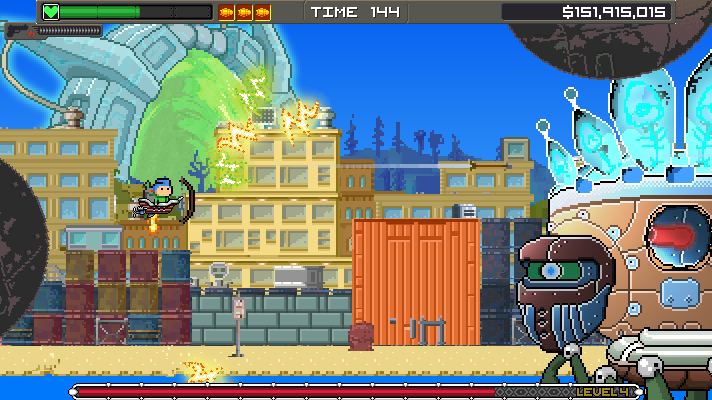 We are going to keep you posted as we have been with weekly screenshot posts and weekly blog updates. We appreciate you and your time.

Remember always to live your dreams!

What I really love about you're game is not only that you can do crazy things and **** but you also included that nice backgrounds like for example that green portal in screenshot 2 and 4. I think those backgrounds do really tell a background story and they add a lot to the overall immersion, even if you won't notice it immediately. You can really feel the character of the environment telling something. The best comparison are the amazing and breathtaking backgrounds from the original Rayman which are almost unrivaled till nowadays. You do a great job on your game and I'm amazed to see more updates soon.

Thank you so much and that is exactly what we are aiming for when we put in the details to the backgrounds and other areas. We want you to feel like you are part of something bigger. I know it can sound a little corny since we are talking about a pixel art game but we do agree with you it has an impact and is worth it. Boss 101 has become a really special project for us and we cannot wait to get it in your hands! Thank you so much for the post and the interest. More to come and we do regular updates to keep you posted.