So we have our train boss with his various abilities. He is a conglomeration of a lot of prior boss abilities and a test of all you have learned about Boss fights up to that point. Boy, I bet you have NEVER HEARD ABOUT THAT HAPPENING IN ANY GAME EVER!

Posted by DonleyTimeFoundation on Mar 7th, 2016

At any rate, one of his abilities is the “earthquake car” or more appropriately the ground-pounder car. What this does is cause a pillar of rock and sand to come out of the ground to block your path. The idea here is you can shoot and destroy it or fly over it if you have the room and time.

For a lot of the boss fighting we are looking at giving the player choices in any situation since that seems to be the way people enjoy and remember their most awesome battles. If the player has a bunch of options then a successful decision can seem even more amazing since they feel they made the ‘correct’ choice. If there is only one solution in a situation then the game turns into a war of attrition where the player simply cycles through failure until they arrive at what the game designers wanted them to do. I should stress that BOTH situations can be used and be successful for a designer. For us in Boss 101 we are looking to give you choices though. We want you to make the moves and decisions your way as much as possible.

So the deal was – the boss weapon for the train is a copy of the boss weapon found in the regular rounds. The thing is while you are battling the train you follow it on its path across the land. The tracks it’s on go up and down and can lead you to never see the pillars coming out of the ground since you are too high to see them. Well, we needed to fix that and so we did.

Here is a sample of the old style pillars and the kind of height discrepancy you can get between the pillar and train.

Things work OK if you are near the ground...

Check out how much space you have flying around down there! CRAZY. The train battle is above this area!

Made some notes about a new pillar set 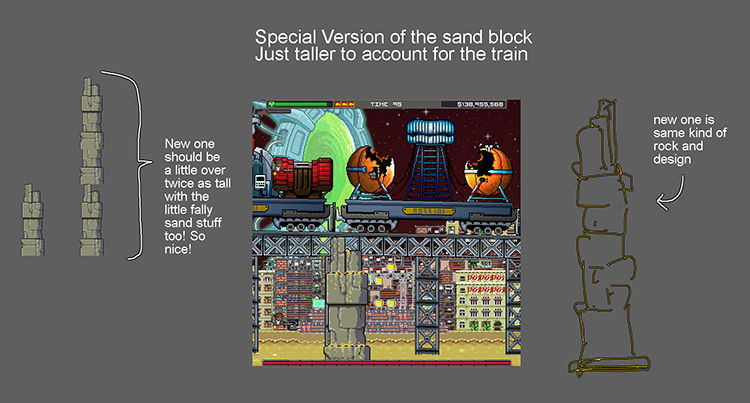 Get the new size pillar back 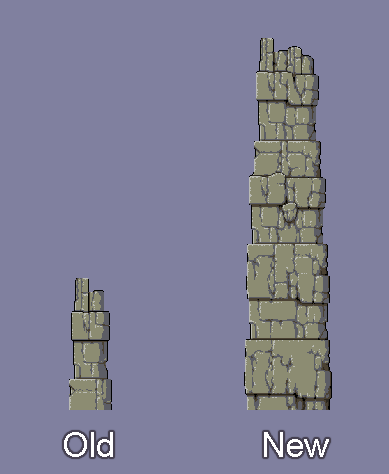 Example of the new pillar in scale in the game. The way the pillars work is they rise a random amount from the ground. That way we only have to create one pillar instead of a bunch of sizes. 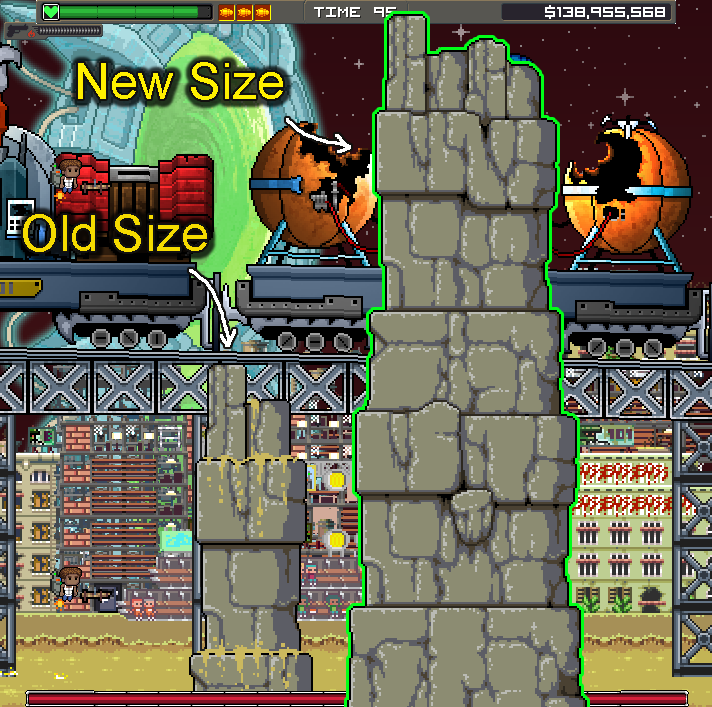 There it is, a behind the scenes look at the way we work to create little tunes and tweaks to improve the gameplay. It’s all about giving you the choices and ultimately making the game FUN.

Gameplay tuning in Robo-Egypt near the robo sphinx. 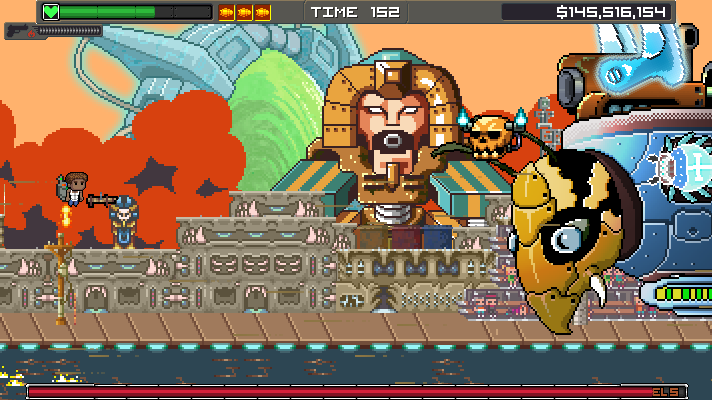 Thank you again for your letters and contact! We appreciate and reply as quickly as we can.

Talk with you soon and remember to live your dreams!