Latest Boss 101 update is live! Check it out and learn about how we setup our weather systems and more!

Posted by DonleyTimeFoundation on Oct 26th, 2015

Welcome to the latest Boss 101 update!

Today we are on the polish bandwagon and talking about weather. OK, so weather in Boss 101 is mostly about adding atmosphere and a nice look to a level. We have talked of course about lightning storms affecting the player and other interactable moments but for today we are going to focus on weather as it accentuates the look of our levels.

How we make types of weather

Not surprisingly the weather I am talking about is all done inside our particle system. Our main man on the tech side of things - Joshua - came up with a brilliantly simple way to create effective and low cost weather systems with a setup even I can understand!

We start with the particle itself (snow, rain or perhaps a bit of newspaper blowing down the street). This is created in Photoshop or some pixel program and then animated if need be for color variance or rotation (more on this later). For things like a newspaper bit we animated it in place and spinning in various cool ways. Three simple animations named idle0, idle1, idle2, idle3, idle4, idle5. Those are all saved off and stored for use in the particle system. 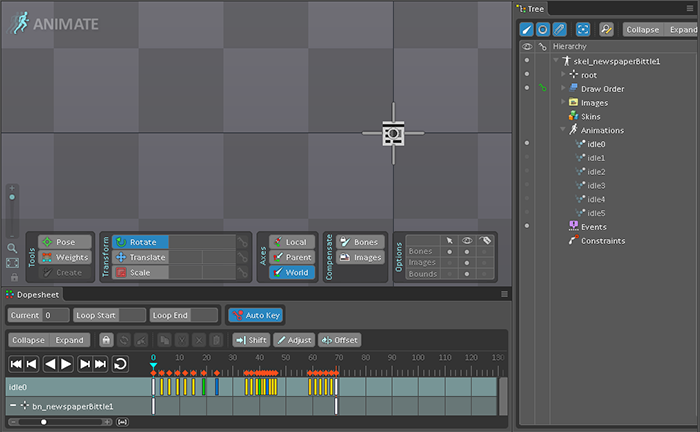 When the setup for the particle happens we create an object (in this case a newspaper bit object) and then have it play one of its three animations. When that animation is finished it selects a new one randomly from the same list. OK, still with me? GOOD!

The particle system grabs that object and moves it across the screen in whatever direction we specify. Left, right, up or down. For newspapers we move them right to left to simulate the effect of blowing down a street. Easy huh? When you add in the effect of the random spinning animations it really helps sell it. We also drop in fade in and fade outs to help further the illusion. 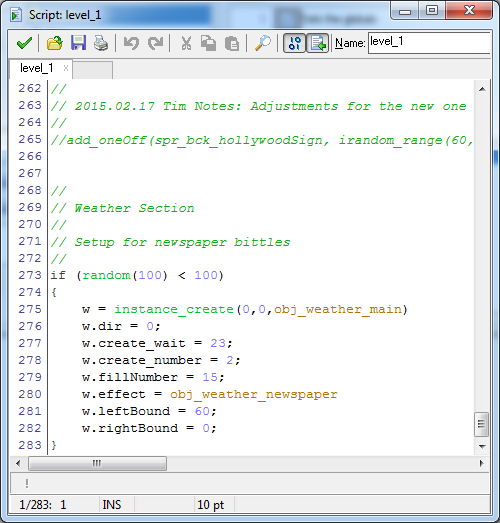 Now you may be asking yourself “Self, why don’t they just do all that spinning and stuff from inside the particle system?” That is a great question and it is entirely possible to do this but it would have meant more coding. Joshua’s time could be put elsewhere since adding those little spinning animations is easy AND the ability to grab from random idles adds a new dimension to the possibilities of the weather system. We could have added wind streaks for instance and used the random animations to have swirls and gusts at a small cost.

So there are the basics of the system and check out examples below for more shots of how we do it!

Newspapers blowing at the beginning of a round

Rain in the forest - same system as above with different configuration

Boss 101 - an in-game break while working on exit menu in the pause UI. Even when we pause we don't pause! 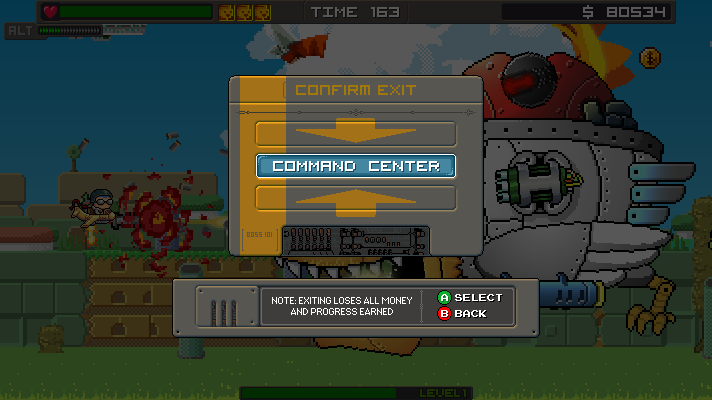 Thank you again for your time and remember to live your dreams!

I don't know if its outside your scope, but for the snow effects, wouldn't it be nicer if the buildings had snow on them, and snow drifts and the ilk?. But other then that its looking really snazzy (yes i said snazzy. deal with it ;) )

Yes!!! We have been looking into swapouts for the city tiles for things like snow. We're in the process of adding in the ability to change things out under certain conditions. We do think it will make a hug difference in the feel of the game.

Thanks for the comment and suggestion. We always enjoy hearing from friends and fans.