Next update on the progress of the Skill Tree, and announcement of the "release date".

Hey guys. Since posting the Skill tree design a week or so back, I have begun the massive task of creating, testing, and balancing all of the skills. Since there happen to be a fair few skills planned for the game, this process is taking quite a while. So, after a week and a bit of work, I present, the Strength Tree! 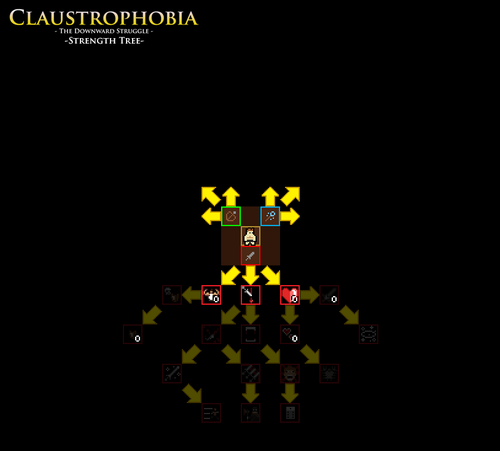 And that is pretty much everything I've been working on. Every skill there is fully functional, and quite a few of them actually change your style of play rather than just giving you new abilities.

You should know now that the planned release date of the paid Alpha is 20th December. Make a note, and a quiet prayer that I make that deadline.

And with that, I return to skill coding. To the Agility Tree!

There is a lot of skills!

Thats only a third of the final thing, agility and intelligence to go!
~TheIndieForge