Today, the WoP standalone is 12 years old! Happy Birthday! On April 1st, 2007 World of Padman appeared for the first time as an independent game and the in Germany indexed Quake 3 Arena was no longer needed to play. 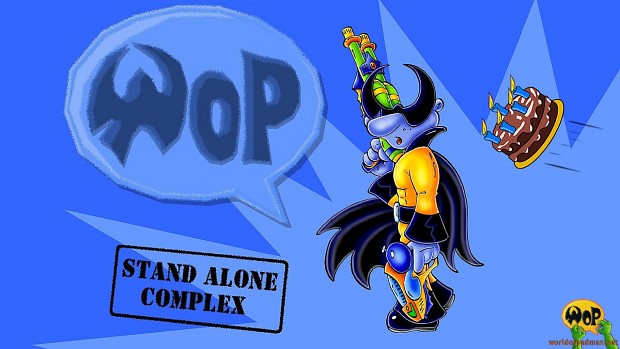 Today, the WoP standalone is 12 years old! Happy Birthday! World of Padman was originally released on June 18th, 2004 in version 1.0 as a modification for Quake 3 Arena. Just three years later, on April 1st, 2007, however, a stand-alone version with WoP 1.1 – Stand Alone Complex was released. World of Padman appeared for the first time as an independent game and the in Germany indexed Quake 3 Arena was no longer needed to play. For the WoP team, this date is therefore a very important milestone in the development of the game.

World of Padman got a lot of attention in the media right at that time, as can be seen on our media coverage page. We took the trouble to compile an overview of the known and essential articles, reports and mentions in chronological descending order. Of course, this list will not be complete, so we look forward to being alerted to missing posts. Also, for copyright reasons, we can not put all posts there online for viewing as we explicitly require the permission of the copyright holders. But we have already contacted many publishers and editors and ask you for a little patience. We will update the list constantly and in the meantime we hope you enjoy browsing and discovering!

The following is the publication data of the main WoP versions listed. The last version can be found on our website under Download.

The nostalgia is overwhelming! I feel like this game came out only yesterday!