The deadline is getting close and ManyHat needs you! Final testing and tweaking.

Making a real time strategy game in 10 weeks (50% so actually 5 weeks) is quite the challange. This last week we managed to implement alot of content that really increases the juicyness of the game. More particles, portraits of characters, GUI finalization, mini-map feedback, AI improvements and menu (just to mention a few).

On top of that the terrain is now visually divded in two to make it easier for the player to orientate him/herself. The economy got balanced by adding an upkeep to even out the matches. The upkeep, the bounty (for kills), and the base that now deals damage makes it more possible to turn game around if played smart.

We really hope we can get some feedback from beta-testing this week.
... So hopefully someone will download the game and try it out ;)

This is still in the making:
Finalization of the menu
Tutorial level
Voice and SFX + mixing
Intro
Difficulty levels
Statistics (end game report)
Balancing in general

Have a nice weekend!
/ManyHat 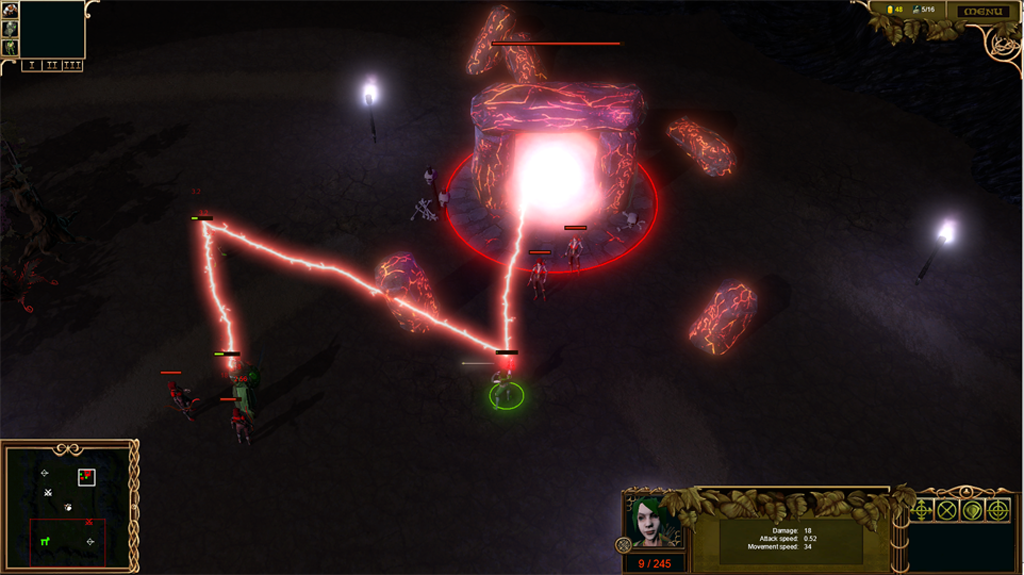