Thanks to the overwhelming challenges of piecing together sheet loads of character control functions; it has taken a while but finally I am able to load large scale maps with additional features.

With ongoing world system work, you should soon see characters, vehicles and gadgets working together in the same scene.

In the development process of the game, the character engine is being built in a separate engine to the main.
Before the 0.36 update, you could only load up a small room or area with 8 or so lights. Now the character engine can work with unlimited lights. Most of the attention has been given to point lights, which cast rays in all directions. Spot lights are also visible in the scenes, however these currently have no influence on the character's shader; which is also a workin progress.

To maintain and tweak the look of your game, I have organized a light management system which provides measuring tools such as the circles shown below, which help indicate what your dynamic lights are up to, what their range is and what colour they are. Dynamic lights are limited to about 7 to 12 in total on many graphics cards; therefore these dynamic lights need to carry out the lighting jobs of all of the thousands of light sources in your live game.

Unlike the vehicle engine, the character engine currently renders night time scenes only. 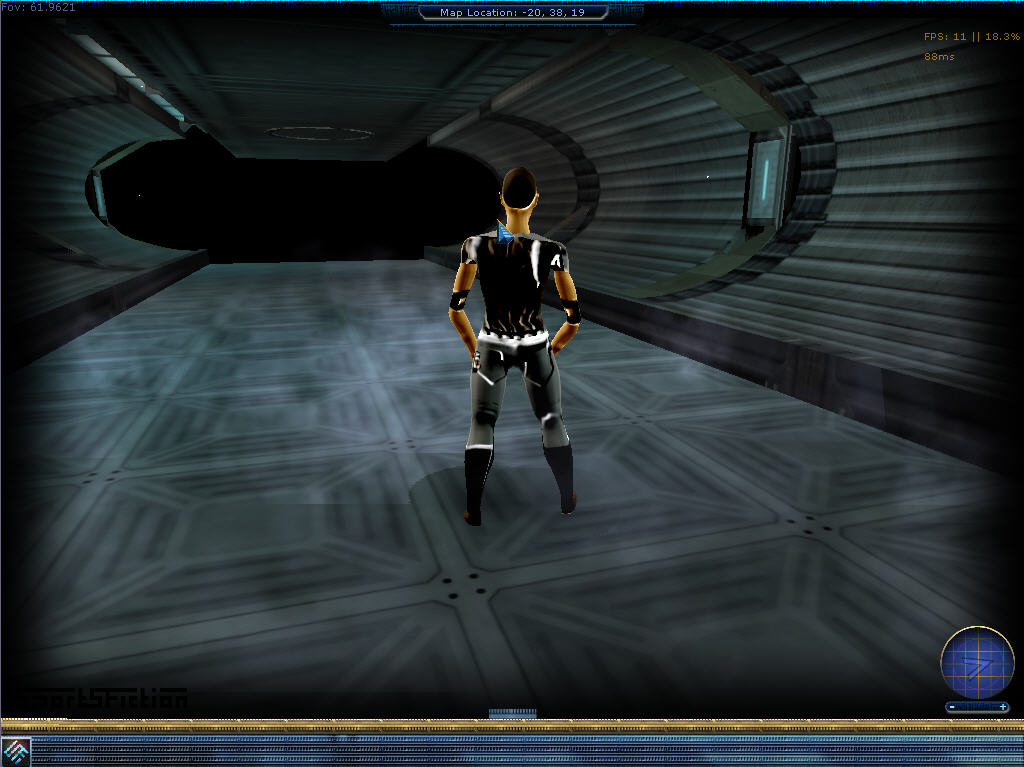