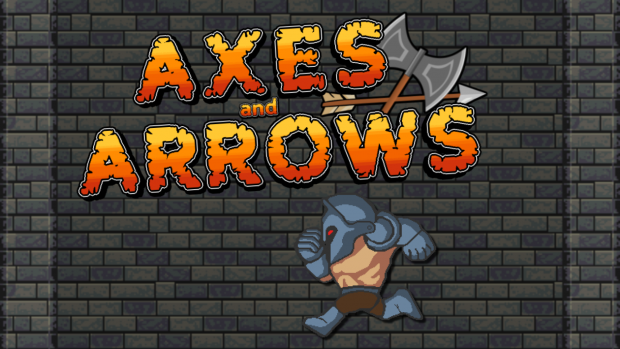 Axes and Arrows is an action-combat platformer for up to 4 players. The game features competitive local Multiplayer and an expansive quest mode which can be played solo or two player cooperatively. The core mechanics aim to be simple and intuitive, all the while maintaining a fast pace to the action. You're equipped with arrow projectiles, a melee attack, and a dash move. Each attack can be used offensively or defensively, rewarding the player for quick reflexes and movement with finesse. There's also a unique cannon mechanic instead of the standard respawn system. At the beginning of each match and for each life you're character enters the battle field from being launched by a siege cannon that is controlled by the player. If you can crash within range of the opponent you score an automatic kill, which is a great way to shift the odds of a match.