C&C Generals 2 has been announced! 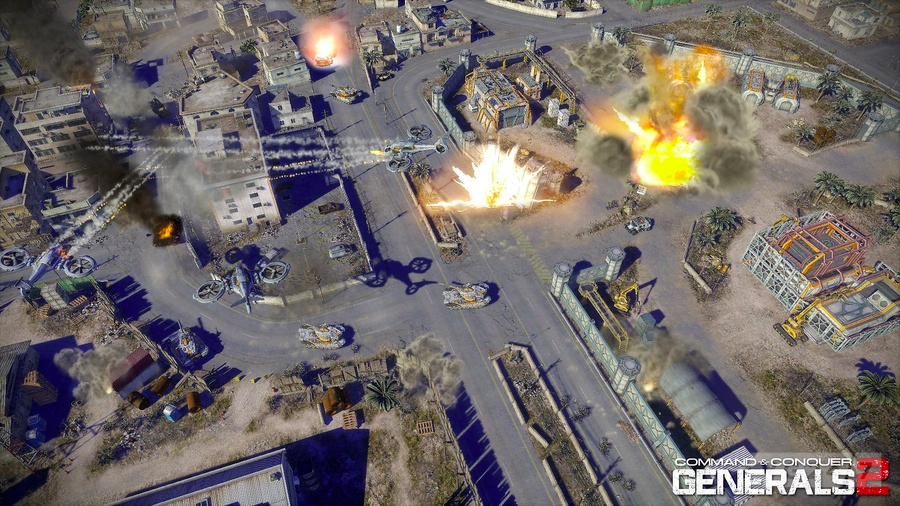 Take a look at a mod I am working for.

I'm working on a MOD.

hello sir, much respect for your works, really love it <3 much love
.
i came here to first thank you for all the modes you worked in, and wishing you a happy new year.
.
and lastly, since "Matthew_Vanston" attacking everyone who gives his opinion about a game, either a review or an ideas or stuff, if u please it would be really cool if u added an option inside the "contra" client, like the option for music and stuff,, ( an option to get the old super tank voices eng lang) with highly respects and love for the new ones, much love

Interesting, so I'm not the only one who's felt this person doesn't want community input.

I posted this on the all-in-one download comments section, and had a contradictory conversation with this person.


Oh, I thought you guys limited the options for lag purposes on multiplayer. I'm wondering then about smaller requests.

Like Realism & Longer Strategy Gaming: (Possible Gaming Mod Option for those of us who want less short arcade-style gaming and more strategy options?)

-All buildings should have fire-port options to garrison units.

-Big/Base buildings should need artillery (Range Needs to be at least 2x wider radius)/explosive/building clearing weapons (Flame) depending on Structure Type to be damaged instead of regular bullets having damage effect depending on caliber. This would also give reason to use building weapons and vehicles more.

-Infantry should have more roles/usage in battle while vehicles have a longer build time and cost much more to make.

-Every General should have the basic infantry (standard soldier, Rocket, Motar, Sniper) along with their specialty infantry. But depending on their factions should have different build-time (Shortest/Cheapest/Unskilled = GLA; Then China = Middle build-speed/Moderate Cost/Maybe starts at a Promoted rank 1 being skilled unit OR just has better skill start stats [DMG/Range/Speed] then GLA; USA = Cost the Most, Longest build time for Infantry but Has the best stats and loadout of the Factions).

-LOADOUT Example: Sniper GLA is cheap/quick to make/but has the shortest range of the sniper classes and Maybe at the highest promotion has the ability granted to have the lowest chance per shot to take out a vehicle driver.

While Sniper USA has expensive/long build time/but has abilities to target vehicles from the start and get options to target Helicopters at a decent chance percentage. Also act like artillery spotters/markers which increases damage to the unit the sniper is targeting.

Artillery/Rocket = Accuracy/Range/reload times/Movement Speed ALL dependent upon Faction, Loadout dependent upon General Type; Basically, what would you expect a specific General to field in battle, some might not opt to have certain basic units but might have a range of other options for other unit types.

Put Unit Caps and make them Expensive to offset spamming.

GLA already has Hijacker/Terror/Sabotuer so adding more to the unit roster of the other 2 factions according to true world military units.

MORE GENERAL POWERS DIVERSIFICATION: Some of the powers to each General are pretty straight-forward and are no brainers to get, but that usually leaves the other powers to hardly ever be used or picked. Adding more complementary powers to the generals would help to have players try out other options that are just as devastating as the Generals must have powers to stay relevant instead of mixing and matching powers for other deadly combos.

THIS IS A GREAT MOD!!! I enjoy it thoroughly, I'm hoping my suggestions will help the mod further. Thank you for looking it over!

hey ThePredatorBG can u make a patch for contra 009 final that allow to play the boss generals ? i wpuld really want to play them

Guys, good evening, I have a problem, how can I run contra 009 final 2 on win10?
do u have a video with all links waht i should download, please help me . if its possible. Or mb just give me a links with |
game
patch 009
and maybe some tools which it need
i really tired to find right installers . ty

hi ThePredatorBG - just installed contra final (but not the patch yet) the mod installed correctly but when i try and launch it i get error stating i need DirectX 8.1 or higher. I have a gaming laptop with GTX 1070 card in i think its Direct X 11 or higher. Do you know how to fix my problem please?

hi my friend,
please please give me a solution for 009 beta2 crash when i play air force challenge with cybernetic general.
please please i want to cmplete this challenge (technical difficulties...)
thanks a lot

Thank you for accepting friends