Some person who has continuosly chased a dream and fallen at every hideous hurdle.

I've come from a background of game modding, helping out several projects on ModDB before deciding to try the Indie Route. I still like to get involved with mods when I have the time!

So back in March I posted that I'd just left a bout of depression after the game I'd spent nearly 3 years working on was released by another developer.

If I released mine there was no way I wouldn't be accused of just whole sale cloning the other game so I put it to one side and started on another idea that had been brewing for some time.

2021 was the year of Time Travel based games so I'm glad I didn't follow through with it as it would have been lost in a sea of similar games. The concept of "simultaneous invention" rings true even in video games it seems.

So the new game, presently named "Life Guard", is shaping up to be something quite interesting!

Development had a shaky start when the first freelance developer I was working with turned out to be a sociopathic control freak. Every single meting turned into an argument. I had to justify every single decision and feature in detail, backed up with videos of the mechanics working in other games before he would agree to start work. It made it next to impossible to prototype new mechanics because it would be met with refusal as he didn't believe they would work.

After four months of painfully slow, exceptionally expensive and incredibly stressful development I severed all ties with this guy and started looking for someone else to work with.

It took two more months but I eventually met a really chilled out developer who could take my storyboards/notes/crude concept art and turn that into working mechanics.

He even fixed up the mess the previous guy had made, although I had to pay the last guy extra to have everything commented, he hadn't commented anything! That was all fixed up after a day or so and then development really began.

But now it was September! So much of the year gone and a lot of time and money (all from my own wages) wasted dealing with an incredibly toxic person.

However, in just 3 months we've made HUGE leaps forward with the game! Almost all of the basic mechanics are in and working fine. It's fun to play and it works as a proof of concept.

It's still too early to show anything publicly but I feel it's now a matter of weeks instead of months before that happens. 2021 was a mess for Life Guard but 2022 is looking so much brighter!

Thanks for reading this far, here's some models I've been working on; 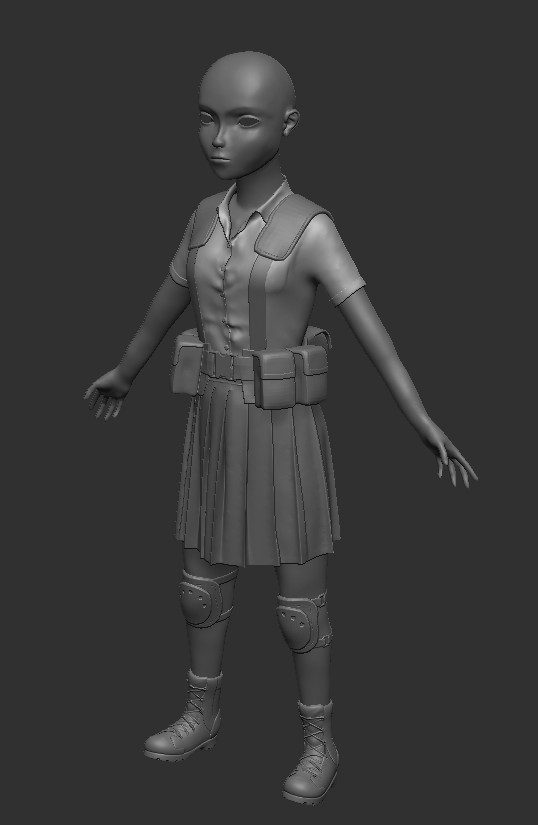 A day at Google