Just another dood on ModDB :D.

Irrational launches Irrational behavior and their insider blog. I'd love to see more content like this from developers, what about you guys?

If you order now, you'll get a second beating FREE!

Haha, this is golden:

Really enjoying Henry Hatsworth on my DS lately. It's the first DS game to capture my attention for hours on end in a while. Adventure platformer on top, puzzle game on the bottom - check it out:


Even more impressive is that Kyle Gray - the director behind Hatsworth - was at a GDC 2007 panel for the Independent Game Summit called "A Tale of Two Kyles". Kyle came up with the idea for Hatsworth while working at EA, but instead of quitting and pursuing his idea independently he pitched it to EA execs, numerous times if I recall correctly. It was due to his perseverance and enthusiasm that his project got greenlight and now its on store shelves today. So even though it's made by "big bad EA", the spirit behind the project is more indie than you think.

Oh yeah, the other Kyle in the GDC panel was Kyle Gabler of 2D Boy - the developer behind World of Goo. I think you know the rest of the story there...

Sourced from this article: Moddb.com

NullSoldier 5hours 27mins ago says: Did that russian seriously say,

Quote:"We thought about how they just give away TF2 classes."
Apperantly you don't understand how PC gaming works. Charging for custom content in a game is what shitty console gamers do because they are desperate and don't know what moddable content is. Also because publishers and corperations have the console gaming market by the balls. *cough*Microsoft*cough*

What Russian said what? I wonder what it would be like to read everything with such a warped slant. Sing that one note loud and proud because god forbid you should contribute a comment that wasn't typed while frothing at the mouth and have people take you seriously.

NullSoldier 4hours 6mins ago replied: Apperantly I'm spouting complete garbage and every PC gamer would be MORE than happy to pay for custom content, right guys? You guys ready to start handing over your cash for all those custom skins you installed? It's gonna cost you a pretty penny!

Get a grip, i'm telling the truth. I just approach the topic in a rather different manner that you don't agree with.

Read the article again and let me know where it mentions charging for extra content. Where did you pull your quote from?

NullSoldier 3hours 32mins ago replied: Quote:Holtman also talks about giving away a character class for Team Fortress 2. Traditional thinking says: "You monetize investments by charging for them." But, he reveals, when Valve gives away it's content, sales spike for several products, both at retail and through Steam.
Maybe you'll learn to read the article next time before you start flaming? Obvious troll is obvious.

Finally caved and got a HD console, well my girlfriend did (whee early birthday gift!) Upon hearing that GTA4 will be a Games For Windows Live title on the PC (read: no mods), I picked that up as my first game. My username is OreoJackson if you want to add me.

note to self: must get HD TV now to experience BLU-RAY goodness. 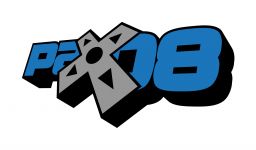 So I finally got approved for my media pass for PAX '08. It's going to be my first year there and I'm looking forward to checking out the spectacle since this is probably the closest I'll ever get to the old E3. They also have a bunch of good concerts going on with game-themed music and a crazy multi-game competition called the Omegathon. I'll be bringing news from the many panels at the show related to game development and stopping by the PAX 10 qualifiers' booths. Any ModDBer's heading out to PAX? Gimme a shout and we'll hang out/have some drinks.

Watching the latest video replay review from Tales of Heroes and its making me want to get back into Company of Heroes again. That game is packed so full of awesome. Speaking of RTS's, got my RA3 beta some time ago and got some time recently to get it setup and try it out. Except I couldn't.... some sort of login bug. Oh well, at least I have Bionic Commando Rearmed to keep me entertained.

Oh yeah, mods. Check out GfG#2 and show your support when they creator pops onto the next Modcast!

Previews are pouring in....

Man, it always seems the mod previews come in bunches. Got a couple on the way this week and was contacted for yet another today. As a result I'm currently installing a preview copy of Cold War Crisis for C&C: Zero Hour. It's shaping up to be a massive mod (currently over 1 GB - still downloading updates) so I'm excited to see what it plays like. 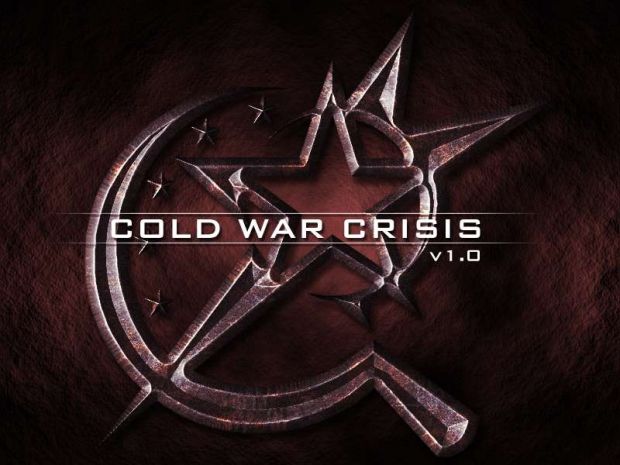 You'll get the official word on what it's like to play later on this week. Until then you can check out their profile. Stay tuned. Now I'm off to watch WALL-E tonight. Seeya! 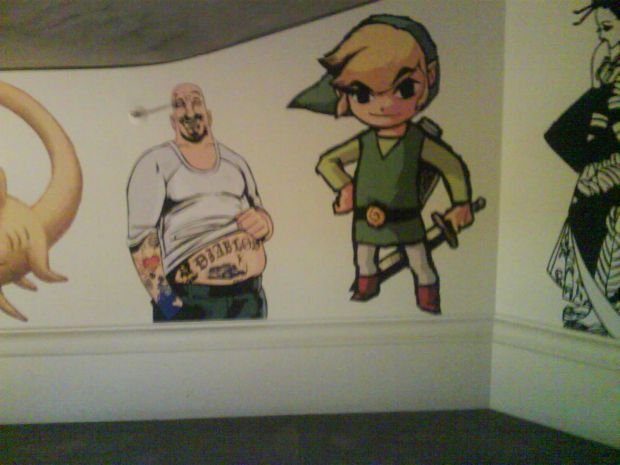 Just recently got back from an opening at the Vancouver Art Gallery for their new exhibit called KRAZY! The Delirious World of Anime + Comics + Video Games + Art.

Its served as a bit of a refreshing reminder of how much games (and comics, animation and Anime) have impacted our culture, everybody's culture. Here I was, celebrating and observing games as art in a public forum filled with people of all ages, many of which wouldn't be considered gamers. It wasn't something like the Games Developers Conference or E3 where everyone in attendance is deeply rooted and/or attached to computer and video games in some way. It was wild to just see people taking in the huge projection of 20 different screens of Quake 1 being played simultaneously in an art gallery. Quake 1! It also kinda of opened my eyes to how ubiquitous computer and video gaming in all its forms has really become and how in the the future it will be near impossible to find anyone who isn't a gamer on some level. 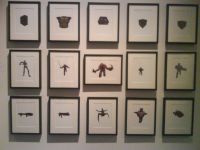 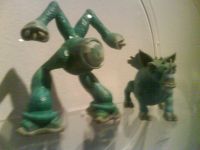 The computer and video games part of this exhibit was co-curated by Will Wright, who was asked to help select a very limited amount of works that he believed to be the most influential to his area of expertise. Here's the titles that were up on display:

It was great to attend the opening and if you are in the Vancouver area this summer (the exhibit ends September 17), it's worth checking out the entire exhibit (lots of stuff on the comics, animation and Anime side of things). Will Wright will also be in town and presenting a lecture June 4th on the importance of video games in our culture.

Getting ready for MOTY... 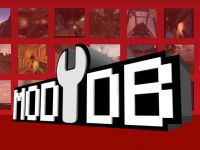 I'm trying to do everything I can (as much as is humanly possible - considering I was brought on after the contest started) to make this year's Mod of the Year contest the best yet. I know that presentation for the past years' results was pretty lacking and was always rushed. This year is different; I'll be making sure that content ModDB puts out from now on reaches some sort of standard. Most of all, I want to make this all about giving the top mods a chance to shine and let gamers know why their on top. With their help, hopefully, the results will be fantastic.

Anyways, in other news, INtense! tells me that the PM system is just about ready to go. Expect that to be intergrated into the site really, really soon. Can't wait to use it - it'll make contacting all you mod teams out there (yeah, you!) much easier I suspect. That's all for now, stay tuned fellow modders....

Hot on the heels of my last post comes news of Wiisis, a Crysis mod that utilizes the wiimote. The good news is this puppy is ready to be released. The bad news? Release won't happen until the Crysis SDK is finalized and released due to NDA restrictions.

Want to know more? Check out the preview announcement and higher resolution video.

Thanks crymod.com! Don't forget to watch me to get future updates on interesting gaming news through my blog!

Inside Irrational by Metafiz Jan 30 2010