Steamroller Studios is an independent game company dedicated to making unique and fun games. The only thing we’re more passionate about than our games is our fans. We love listening to their feedback and interacting with them. We develop for iOS, PC, MAC, Linux, and Android.

Is That Zombie Made Of Wood? 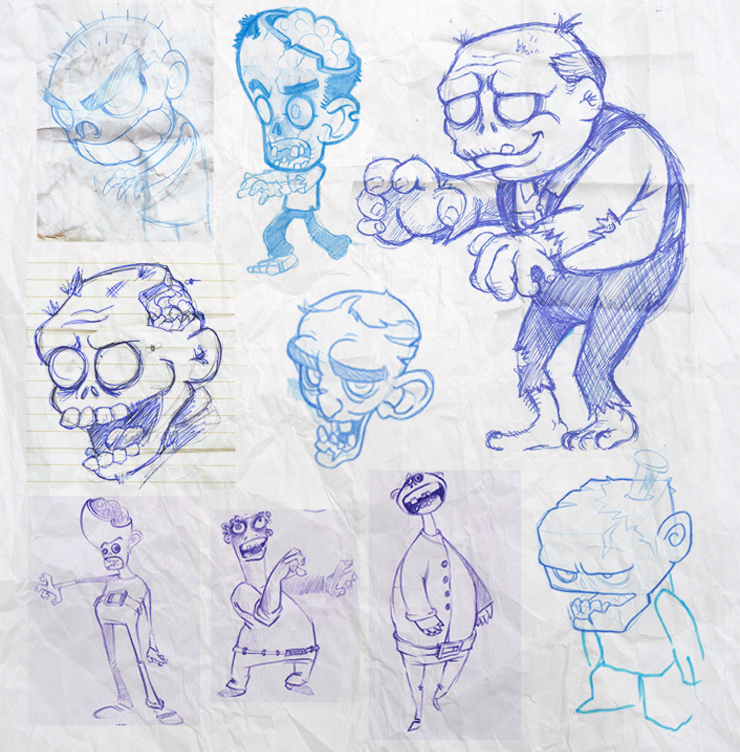 We love zombie games here at Steamroller Studios. And so when we started discussing what our next game would be, of course the undead landed pretty high on our list of dream projects. So I started doing some rough sketches. At this point, we really didn't know much about the game, other than we were targeting mobile platforms. So while we ultimately decided to make PC, Mac, and Linux our target platforms, initially we tried to keep our designs simple enough to work with the limited hardware and smaller screens of mobile phones. After a few misses, we found we really liked the look of a particular boxy looking zombie. We could design something like that with limited polygons, which in turn meant we could put more zombies on screen. Basically we would use the art style to compensate for hardware limitations. If we hadn't originally started development on a limiting platform, we probably would never have found this style we like so much.The very next drawing I did was a zombie head that was extremely boxy. I showed it to Keith our programmer. The first thing he said was "Wow, a wooden zombie, that's a really cool idea!" I didn't mean for him to look like a wooden zombie, that was just a happy accident. But that didn't stop me from taking full credit. "Yes, that's a wooden zombie head, and yes I'm awesome for having thought of it." 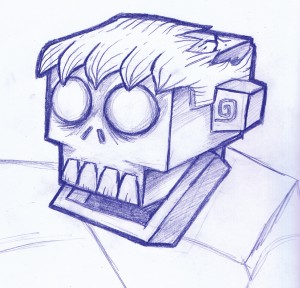 Now there were plenty of games with zombies in it, but none with WOODEN zombies in it. We had our hook that would help distinguish us from the horde of other zombie games. At least visually anyway, we'll get to gameplay later. So later that night I came up with the name "Deadwood". It was the perfect word to describe our wooden zombie creations. So now we had an idea. It was time to start designing wooden zombies on purpose.Right off the bat, we all liked this new direction. I did a few variations of enemies and then moved on to our heroes. I wanted to convey the same wooden feel to our main characters. Except of course they wouldn't be rotting, and would actually have eyeballs. You can see a few of my early conceptual drawings down below. This idea of making characters out of wood began to bleed over into everything else. From weapons to buildings, it influenced everything. A charming yet quirky world began to emerge that I just loved drawing. In the next few weeks I'll be taking you through my design process with other elements I created for Deadwood. But for now, back to the drawing board.

Are you a 3D artist? Have you been working with Maya for a long time? or did you just start on using Maya? In this group will you be able to find help...

The GDC attracts over 23,000 attendees, and is the primary forum where programmers, artists, producers, game designers, audio professionals, business...

Steamroller Studios is an independent game company dedicated to making unique and fun games. The only thing we’re more passionate about than our games...