Back in the 80s, I started out my journey in programming by producing a series of text adventures - first for the TI99/4a home computer, and then for PC - back in the days when Scott Adams and Infocom were rulers of the text based universe and desalinating salt from seawater during a storm was obviously the only way to pursuade a volcano based bear not to eat you. Logic was often out of town in those days. I was working on my first actual solid state module for the TI when Texas Instruments decided that home computers weren't for them any more and threw in the towel. From there, I moved into database software development and systems design before becoming a SciFi and travel writer (www.offexploring.com/burfordstravels) but my heart has always been back there where I left it, frozen in time on a Savage Island, and I believe that now is the time to retrieve it.

Some of you might even have a clue what some of that meant. 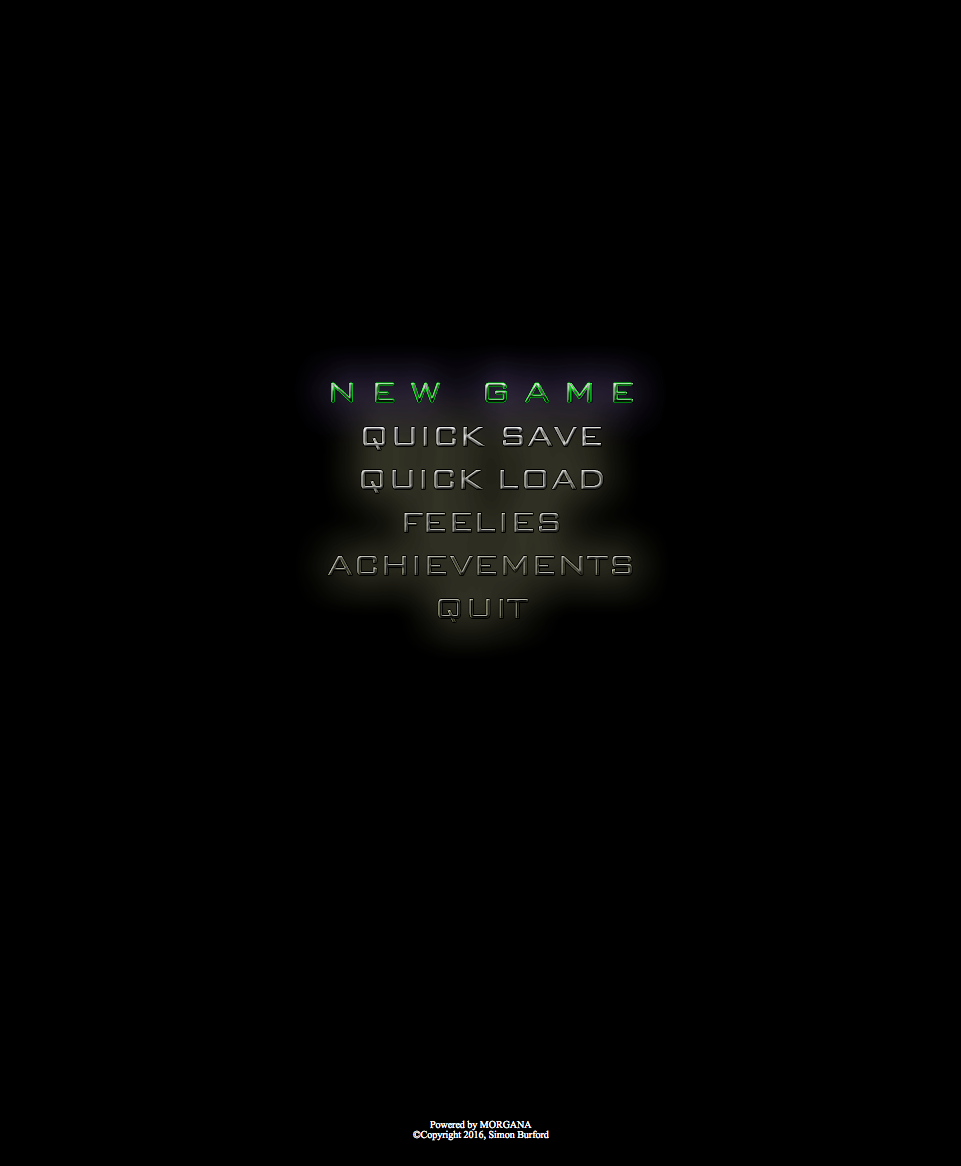 Well, here it is - a link to the official download of Rewind: Interactive Edition (demo version) for Windows.

I can't currently test it here on a Windows machine with a higher vertical resolution than 768, as I'm developing on a Mac and the only Windows PC I have available is a cheapy portable jobby, so if anyone downloads it and finds that the interface doesn't automatically stretch to the height of the screen at higher resolutions as it should, just let me know.

It's a standard zip file, so just unzip to a folder on your hard drive and run the .exe. There will, of course, be silly little bugs lurking about as in all early test software, but I think I've hammered down anything I can find. The only issue I am still aware of at this stage is:

* When the menu first appears and you press an arrow key to move the highlight, it can take a second or two to load the sound file before the cursor moves. Then, everything is normal after that.

To toggle the menu once a game is underway, press escape (and again to return to the game). You can use the Quicksave/Quickload options on the menu to simply save a quicksave.rwd file in your documents folder - the save is overwritten each time. When you exit the game, a file called autosave.rwd is created or overwritten in the documents folder and reloaded when you next load the game so you can continue without saving/loading between sessions. To save under different names using a standard file dialog, type SAVE GAME or LOAD GAME while playing.

This is Interactive Fiction on steroids, so don't expect to be stuck in a room with a sword and a troll, a couple of visible exits and nothing else. The story moves on with or without you - in Rewind, you are quite literally playing a novel... imagine Interactive Fiction crossed with a Choose Your Own Adventure book.

If you like what you see, watch my Facebook page (www.Facebook.com/RewindTrilogy) for news of the Kickstarter campaign to produce the full game (of which the demo is a tiny fraction). If successful, I'll also be releasing the game engine - MORGANA - as a separate product with which you'll be able to produce your own games - both text based and (If all goes according to plan) entirely graphical point and click like the Sierra days of old.

A Welcome from Xojo