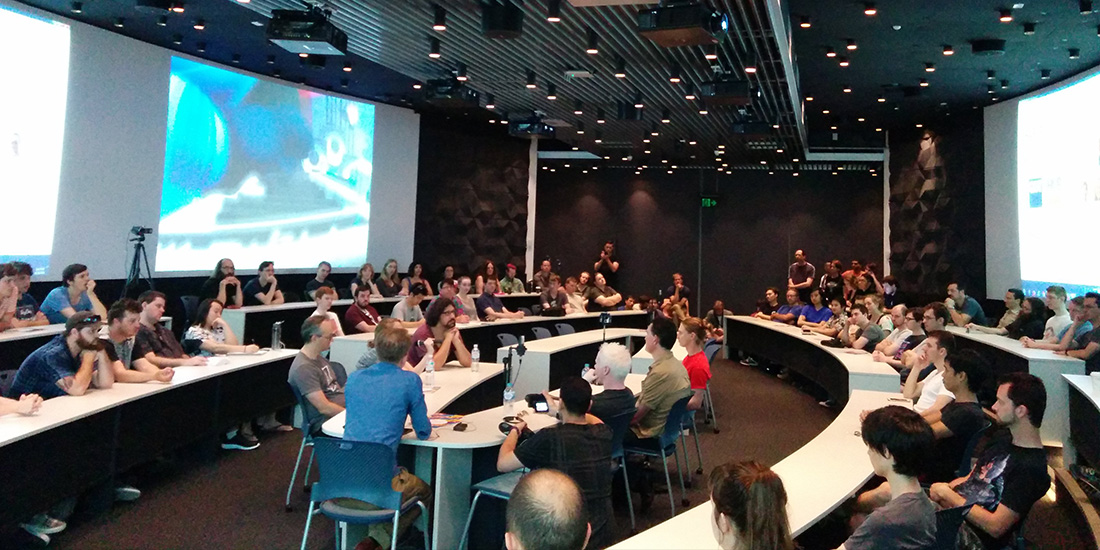 This week I headed to Hybrid Worlds where I sit-in on the Gurus of Games Panel, I get to see a ton of VR demonstrations, and I have my first VR experience.

Ok, so it's finally happened, I've tried an Oculus and it was pretty amazing. I won't bore you with the pros and cons of VR as it stands today because we all already know. Alex Stevens and Garth Robertson from Organic Humans did a presentation on their game Montas, a survival horror virtual-reality game. I unfortunately didn't get a chance to give that particular game a go, I did get to see someone else try it out. It's pretty and well polished. The developers spent a lot of time making the players head movements mimic the in game characters head. I tend to agree with them when they say that this is important when developing for VR in order to give the player the full emersion experience. They also touched on VR in the multiplayer space, and how body language adds a huge dynamic to player-to-player interaction. Alex and Garth also made interesting notes about environment spaces and how to design for VR. Basically, putting players in large environments with large objects, such as towering trees where detail is placed out of the players comfortable field of view, unnecessarily is bad practice, but by the same token, not to create a series of compact rooms as claustrophobia is a serious issue for some players. 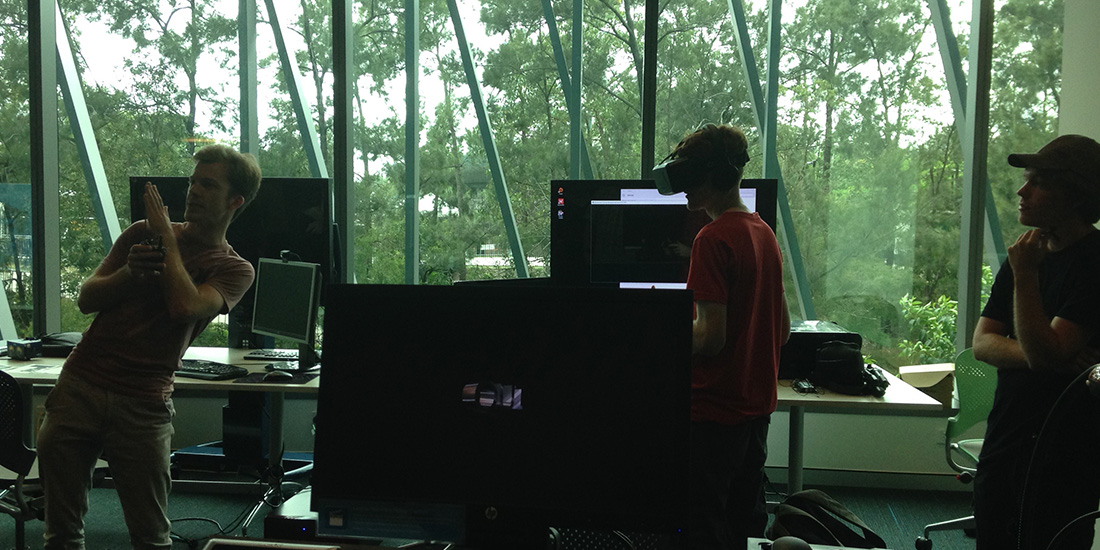 After the Montas presentation and the other VR game demos, the main panel event started and was recorded with 360 degree digital cameras for your VR viewing pleasure. The panel members were composed of various game developers, two of which were ex-employees of Half-Brick, a Brisbane mobile game development company famous for titles such as Fruit Ninja, Jetpack Joyride, and my personal favourite, Fish out of Water.

The kick-off topic was about building your world. Typically for story driven games, building the world lore in which the players are placed is very important. It gives the player reason and meaning to everything they do and motivates them to continue playing. Creating great lore for your video game's universe can be as much of an achievement as creating the game itself.

The Gurus (panel members) discussed many interesting topics, one of which was 'What is it like being a game developer in Brisbane, or Australia in General?'. Many panel members had different views on this ranging from the subject of weather, to a metaphoric desert were only the fittest survive. Most members believed Brisbane isn't the hotspot of the world for large game companies, but we do produce great indie developers and have a very friendly community of which I am proud to be a part of.