Hello peeps on the webs.


instead of trying to exlain it myself i let wiki do that since i think they explain it very clear.

The only thing i want to add that is is for gaming ofc :).


After a few hours of playing with Desura i thought it would be a good time to write up my first thoughts about this digital distribution platform.
First of i wanted to say i really support their effort in bringing more gaming to Linux so i wanted to give them big kudos for that.


It is not surprising the game library cant even come close to steam but i do believe they do a great job in getting more games in their after reading some of the news and forum posts.and to be honest it is a lot better then i expected it to be when i first heard about Desura.I found some games i knew were good and some others that looked really great so the first thing i did after setting up my ACC was download a bunch of games that are really worth your and my time.


I have not been in this program long enough to know a whole lot about the functions yet and i did only scroll over the most of them so far but it seems they are going the right way.I might just not have found it or it might have not been implemented yet (i am sure they will since its a logical step) the time you spend in game, and that is a feature i would really like to see.Other then that i cant say any negative things about it.


I have found only one thing that was really bothering me in Desura.And that is that some games just wont play after you download and install them.I have only tried free games so far so i cant judge about the others but it seems 50% of the games don't run or run half functions.Now it might be just me and that i forget to do some stuff but i think if you would like people to use Desura all games should run out of the gate.


Even thou some games did not run for me i have to say i really like Desura.It is a great way to get into Linux gaming and it is pretty easy to use.(after you learn how to install a tar :P )I think they should have more games in their library that are already out and pretty well known in the Linux community but this might have something to do with licensing.I love the way Desura is going and i will certainly stick around to see what will happen in the future. 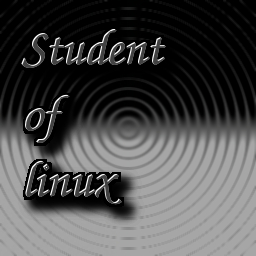