Front-end web developer by day, aspiring artist by night, developer in all day.

It's the third years of development, and the progress is still at Act 1. Well, the contents for Act 2 is 50% ready and I still have IRL stuffs to be done. Currently I work on this project in my weekends, as I also have some business in making game assets as well (namely sprites).

Anyway, I've planned to release a demo with limited amount of rosters, but not in near future. The demo is intended to test the new features as well with the improvement of existing features, and to introduce the characters that included in the Starter 12 further.

For those already played the game, maybe you still remember about some of the characters. However, let me reintroduce the characters who can be summoned by the Art of Epoch Reciting:

There are some secret characters what can be unlocked by completing certain sidequests, but I'll keep it secret for now

The enemies roster are also got some changes. I forgot to add the Wasps in previous version (FYI wasp is signature common low-level enemy in Eremidia-based projects), and I also added some new varieties of common enemies like Kobols. 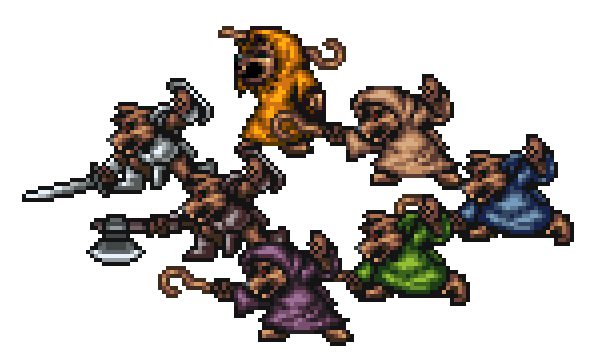 Introducing the Kobol Magus, along with the Kobol Warriors.

New features added: EXP Spending system, akin to Dark Souls (as some fellas of RMID told me about that) 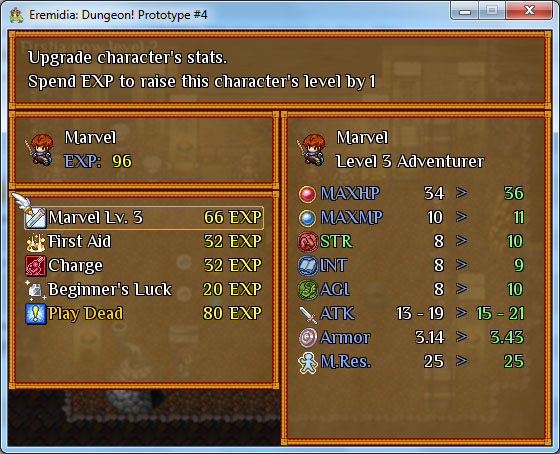 To level up a character, it must be done manually by accessing Character Sheet menu. This means no matter how long you grind your party in their level 1, they won't reach level 2 if you don't invest their experience into levels in this Sheet. This works for their skills as well, giving possibility to have a character with all unlocked skills except ultimate at level 1.

Also, a brand-new Status screen layout, complete with a full body illustration. The collection of illustrations were made by Lazcht. 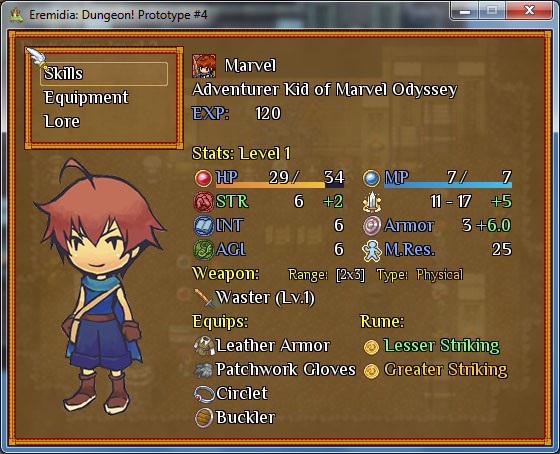 Along with the characters info in several places, it would be fair if enemies also got some spotlight. Introducing Eremidia Bestiarium which has function like ordinary bestiary: showing enemy's info, one at a time. 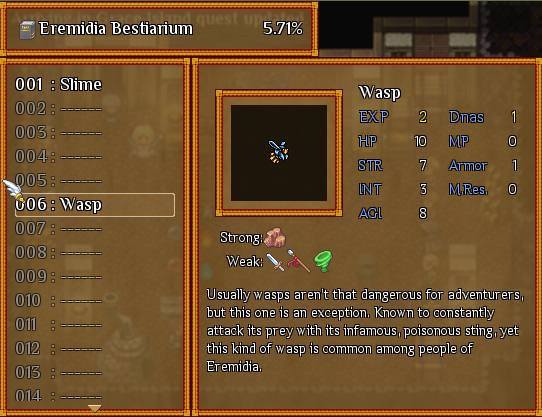 Targeting now helped more with on-floor target indicator—the targeted area will be marked differently on the floor, giving a hint to where the pointer is pointing at the moment. It also indicates the cast range of certain spells and when moving from one point to another point as well. 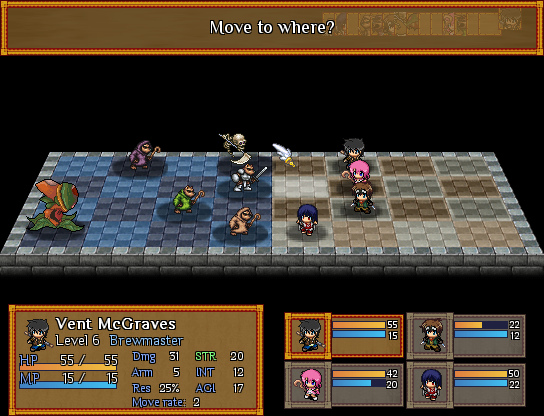 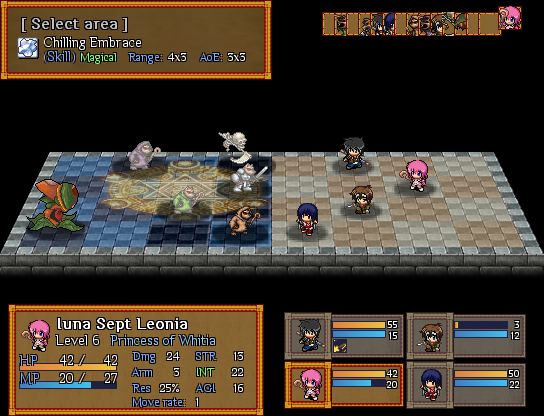 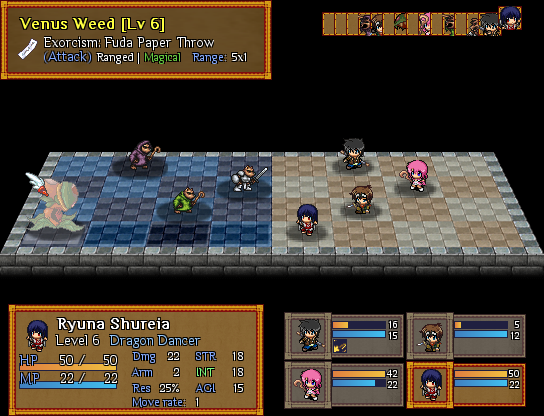 There's a development footage of the new system, although it still uses the old battle floor. Check it out here: Youtube.com

About the game difficulty, I don't know whether the game is too hard or too easy; it was relative and depended on the player themselves. That's why I planned to release a demo later, to make sure the game will be enjoyable and acceptable for players casual and hardcore alike.

Maybe that's all for this time's update. Next update probably will come along with the prototype. Stay tuned.