Minty Fresh - looking at the latest to hit the gaming market every day!

I think this deserves it's own short piece as a revelation hit me the other day. As you know, I obviously show a bias towards the zombie genre, and have recently played a few zombie games, Project Zomboid being the latest.

I don't quite know what sparked this latest thought in me, whether I was admiring the latest Xbox 'State of Decay' LP's or playing a game myself, but I found one thing missing in Zombie games. The more I thought of it, I could not think of an exception.

Zombies, they're all the same kind of general height, whether fat or thin, male or female, they generally are of the same height. And that was the point:

Where were all the ZOMBIE CHILDREN?

Man, that kind of shit would freak me out even more. Zombie toddlers even.......AAARGGH! I sure there have been movies that haven't omitted the fact of zombie child existence, but I can't think of many, even in that genre.

But in gaming, I can't recall any zombies under eighteen years old.

I suppose there will also be the purists that say most zombies rise from the grave, and there will be a much greater adult to children ratio, but even so, with some of the zombie games flooding the market out there that basically throw a random amount of zombies at you in whatever ridiculous situation (think 'Dead Island', there definitely should have been some child zombies in that - they had enough of them in bikinis!), where are they all?

C'mon, prove me wrong, 'cause I'm raring to play a game that features some creepy little bastards shambling through the dark! 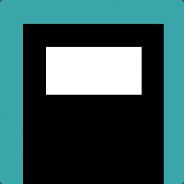 Z is for Zombie

Keep up with the latest news on the ever-growing number of game bundles, bargains and deals across the interwebs. Know of a deal we don't? Let us know...