LagMac Studio is a “one man band” team. My name is Gino, i am 44 years old and i live in Italy in the food valley, the land of “ham of Parma” and “Parmiggiano Reggiano”. Between an ham sandwich and a piece of cheese, between my real job and my beautifull wife (i Love you Vera), i find a little bit of time to develop my video games. 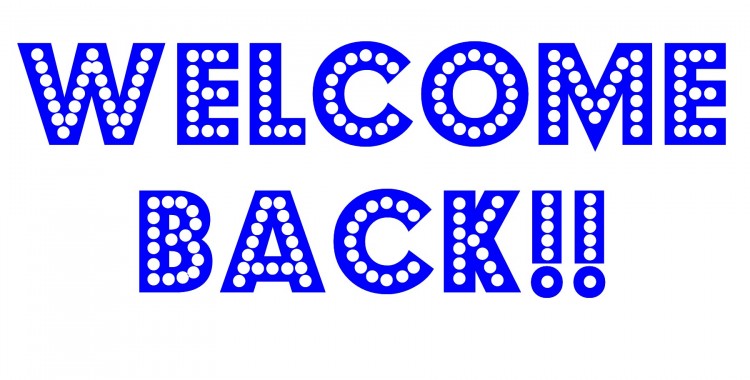 The D-Day is arrived. As promised, the Alpha version of Code Name E.F.Z.G. is ready for download. You can download EFZG for Mac, Linux and Win from the below links :

At the end of the next week i will release the first Alpha Version.
Meanwhile, two images from this version.
The first one is the home page, the second one is the Help page. 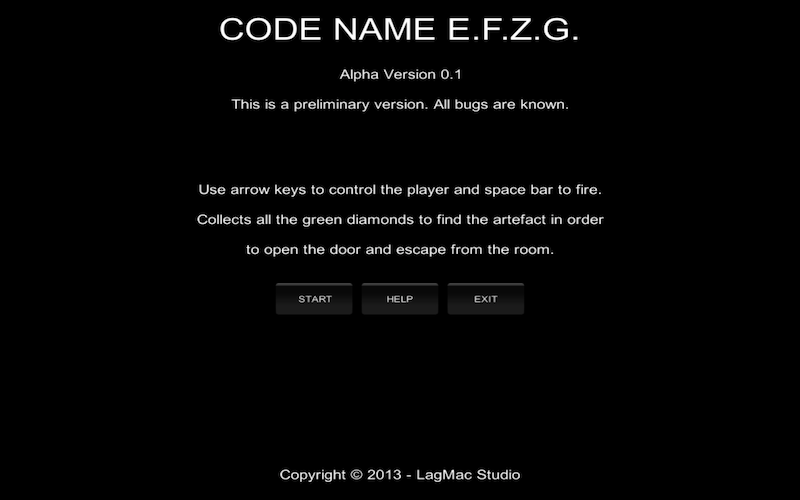 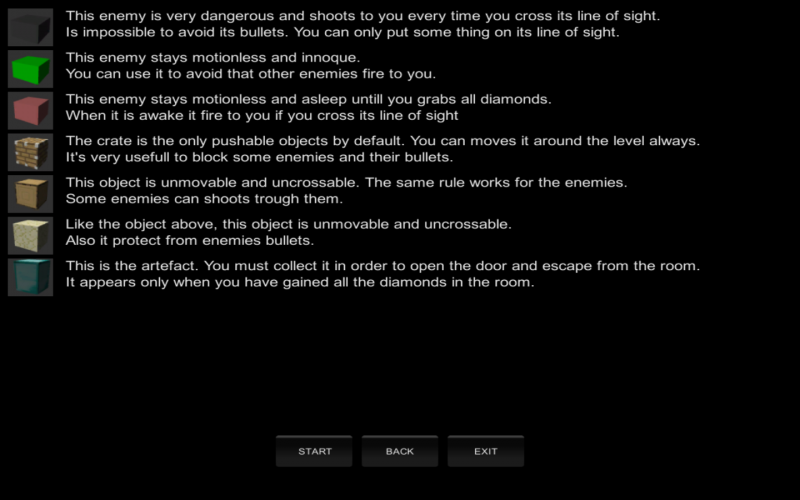 The word “docet” is a latin word and in italian language means “insegna”, in english language “teach“. But what Minecraft teaches ? It teaches who the graphics is not all in a video game, but it must be appropriate to the game type. So i started from this basic and important concept and i decide to use a graphic style like in Minecraft. Below two images that represent the first test. 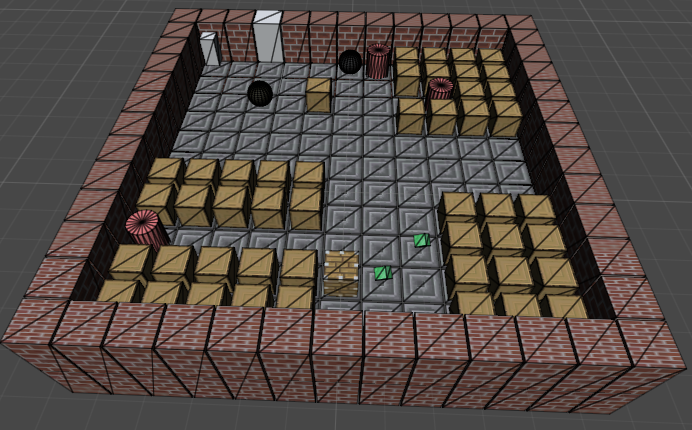 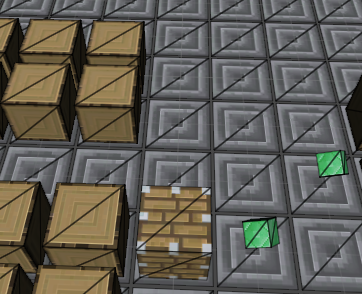 One of the most important things in the game are the pushable objects (aka PO). Like the enemies, when are pushable, these objects can be moved around the level and their use is essential to complete some levels. The pushable objects is represented by a light brown cube. The PO can’t be destroyed by the player by shooting to it.
The image below shows the 3rd level with one PO. 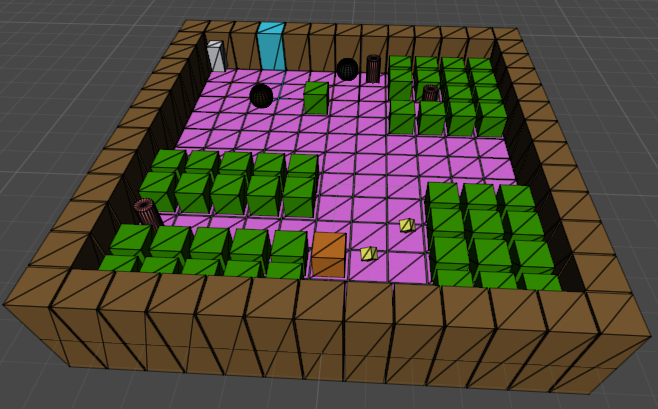 In this post i talk about the enemies.
First of all a clarification : all characters in the game are represented by primitive solids like cubes, spheres and so on.
The solid who represents the enemies is the cylinder. In the game there are nine different types on enemies all represented by a cylinder but whit different colors. When the player shoots, one time, to an enemy, the cylinder color change into white regardless of the start color and the player can pushes the enemy around the level.
But … What happens when the player shoots twice an enemy ?
The answer is very simple : the enemy dies.
Therefore : one shoot and the enemy become pushable, two shoots and the enemy dies.
But there are two important aspects concerning the enemies : the respawn and the back to normal.
In the first case the enemy is respawned at the last its known position, in the second one case the enemy back to its original state, so you needs to shoots it again.

Today i want to speak to you about the project EFZG. First of all : you don’t ask to me what does it mean EFZG, because i don’t tell you. The idea behind EFZG is great : few elements, basic shapes, a fun gameplay where your brain will be your best ally and where the appearance is not everything. A level that appears complicated might not be, otherwise a seemingly simple level might be complicated. Below some images fromUnity3D where you can see the prototype of the 2nd level. 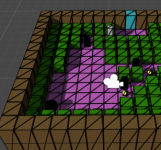 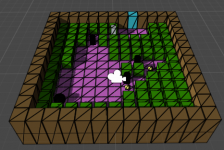 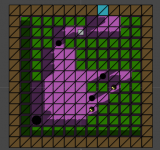 GamePlay description : The gameplay is very basic and linear. The main goal is to exit from each room. To do that you have to collect the key to open the door. To collect the key you must be collect all the diamonds. The game consist in 17 worlds, also named stages, eachone with a variable number of rooms, for a total of 100 rooms.