New menu and logo for a new project, Kane's Wrath: Beyond 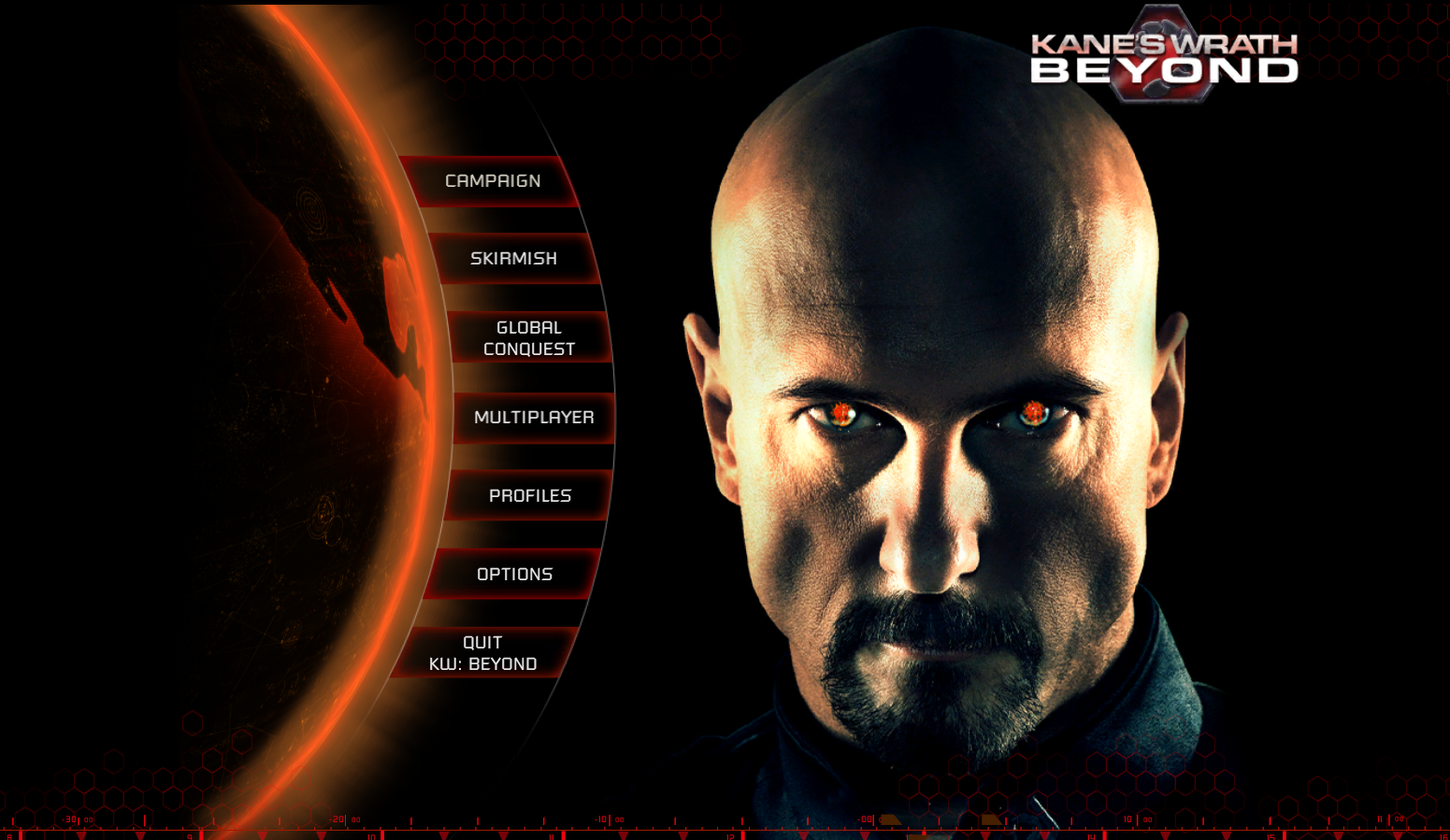 Kane's Wrath: Beyond is a mod set to enhance and extend the Single & Multiplayer gameplay of Command & Conquer 3: Kane's Wrath.

So far, the mod includes all the individual fixes from egozi44, parts of the KWbandage by theHostileNegotiator, and a few minor changes to the music. These are only preliminary changes, however, as there is a lot more planned for the future.

This mod will also incorporate my still unfinished Ultimate Kane's Wrath Official Map Variations pack in some form. There is no way to build these as options in the Skirmish Menu, and may still have to live inside the mod as separate maps.

Generally speaking, the idea is to only add or fix problems that are already existing in Kane's Wrath. Modifying unit or special power values for personal taste is not going to happen as I would like to keep them as EA intended unless exploitable balance problems that exist because of the game being based on an earlier version of CNC3 (~1.05), which are being slowly amended based on the KWbandage.

Release of this mod even in an alpha state will not come until mid to late this year, as I am about to move house.

Group for all the RTS fans out there. Keep track of upcoming RTS games, or relive the old ones.

we are an amazing group to make and develop games with.

A group about Web Design & Development. Ask and Learn everything related to web design and development.

What about the Dimensions Mod ?

Never to be released :)

Please can you link me to your deviantArt profile page.

Hey, hows things.
I was reading up on your mod's page and saw you were looking for some mappers. I did initially ask you about it but you didn't need anything at the time and was wondering if you did now.

I would hit you up on steam but couldn't find you on my friends list (name change?)

Hello Jenkins. I left a comment on the ToxicResiduum page, seeing if there are any jobs I can fill. I live in Colorado, so is there any chance youll be awake when I am, or am I going to bed when your sun rises? For if I did fill a job, that would be an indescribably difficult time change to navigate.

yo Jenkins, it's Steve, we met like months ago, and you told me to try out your mod CombineSurvival Beta, and I did, you also sent me that massive calyx song that was on some radio station in the UK. We talked about half life 2 and things like that, I can't remember my steam name when I knew you because I always change it lol. I lost you on my friends list I think I accidentally deleted the wrong person, then I forgot your steam name so I couldn't add you back.

drop us an email mate livingwithnoregrets@hotmail.com and tell me your steam name so I can add you again :-D