“The enemy? His sense of duty was no less than yours, I deem. You wonder what his name is, where he came from. And if he was really evil at heart. What lies or threats led him on this long march from home. If he would not rather have stayed there in peace. War will make corpses of us all.” ― J.R.R. Tolkien, The Lord of the Rings

Add me on Steam (hoho96) if you have interest in mods and multiplayer with the following games.

For months now I've been in love with Paradox games:

And gold games like Empire at War, Sins of a Solar Empire, and Napoleon Total War.

Mods are love. Mods are life! and Paradox is kicking ass ;)

Fixing Battle for Middle Earth not working on Windows10 laptops

fixing battle for middle earth not working on windows10 laptops

If you have a Windows 10 Laptop with two video drivers (usually Intel and AMD), you may have been having issues starting BFME ROTWK and many other older games.

The solution for this is basically to keep up with drivers updates :D

Go to the drivers downloads section of of your manufacturer's website, and check the latest graphics drivers. For me (on a Dell Inspiron 15R) the latest updates are an Intel September and AMD October drivers.
Now As I remember the last Intel Driver, which still had the fault, was from August or before.

If you found managed to find the new drivers for your laptop, download then (manually. DON'T use the auto maintenance or anything like that).
Delete your Intel and AMD drivers from your PC; go to Manage, then Device manager, and under Display adapters you will find two drivers the Intel and the AMD. Select the AMD first and uninstall it (make sure to check "Delete Driver Software For This Device" to completely remove the driver). Do the same for Intel then. Now go to "Uninstall a program" from the control panel and delete AMD install manager and all related softwares.

Start the game (it will probably crash). if it did crash, right-click on desktop, and select Switchable Graphics settings. It will give you a list with the last programs that tried to use a VGA. It should automatically list game.dat and lotrbfme2ep1.exe (if not add them manually), and put their graphics settings on High Performance. 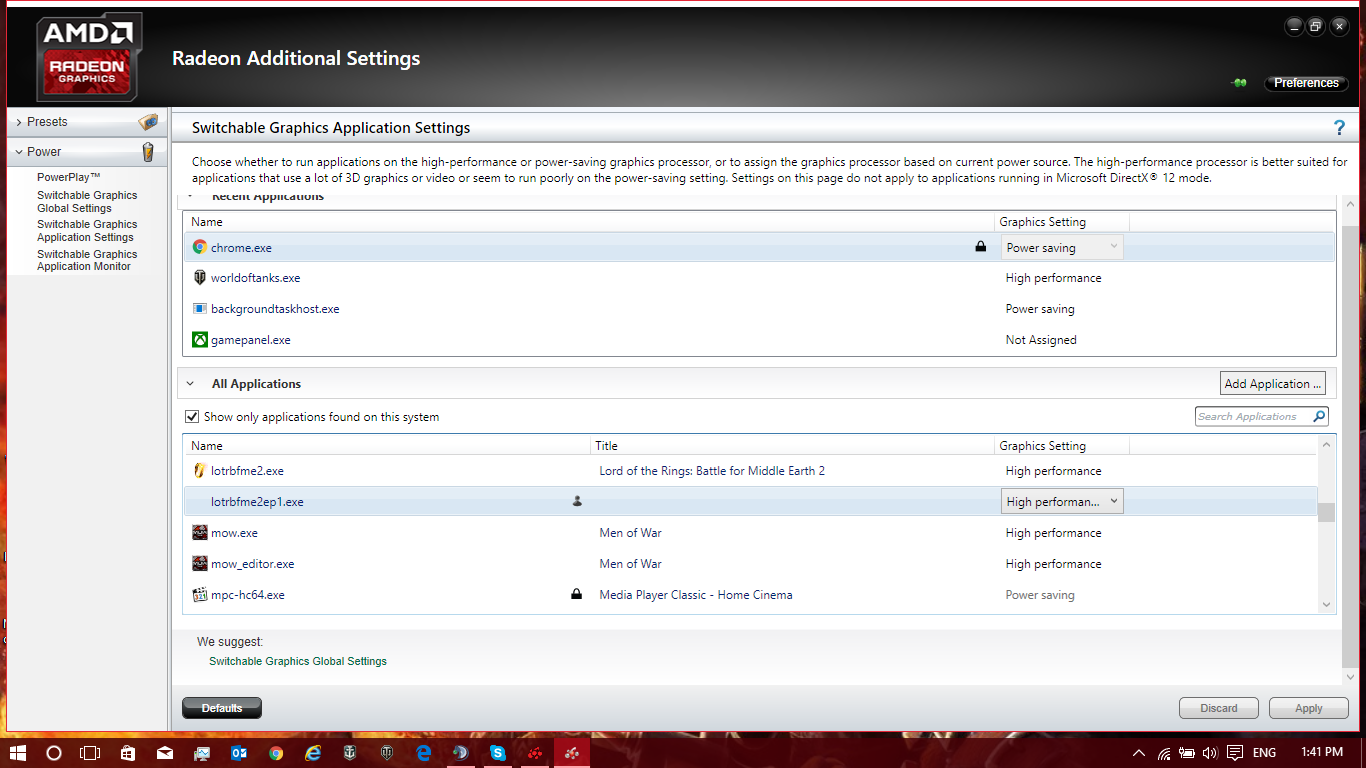 Now start the game and it should work correctly ;) 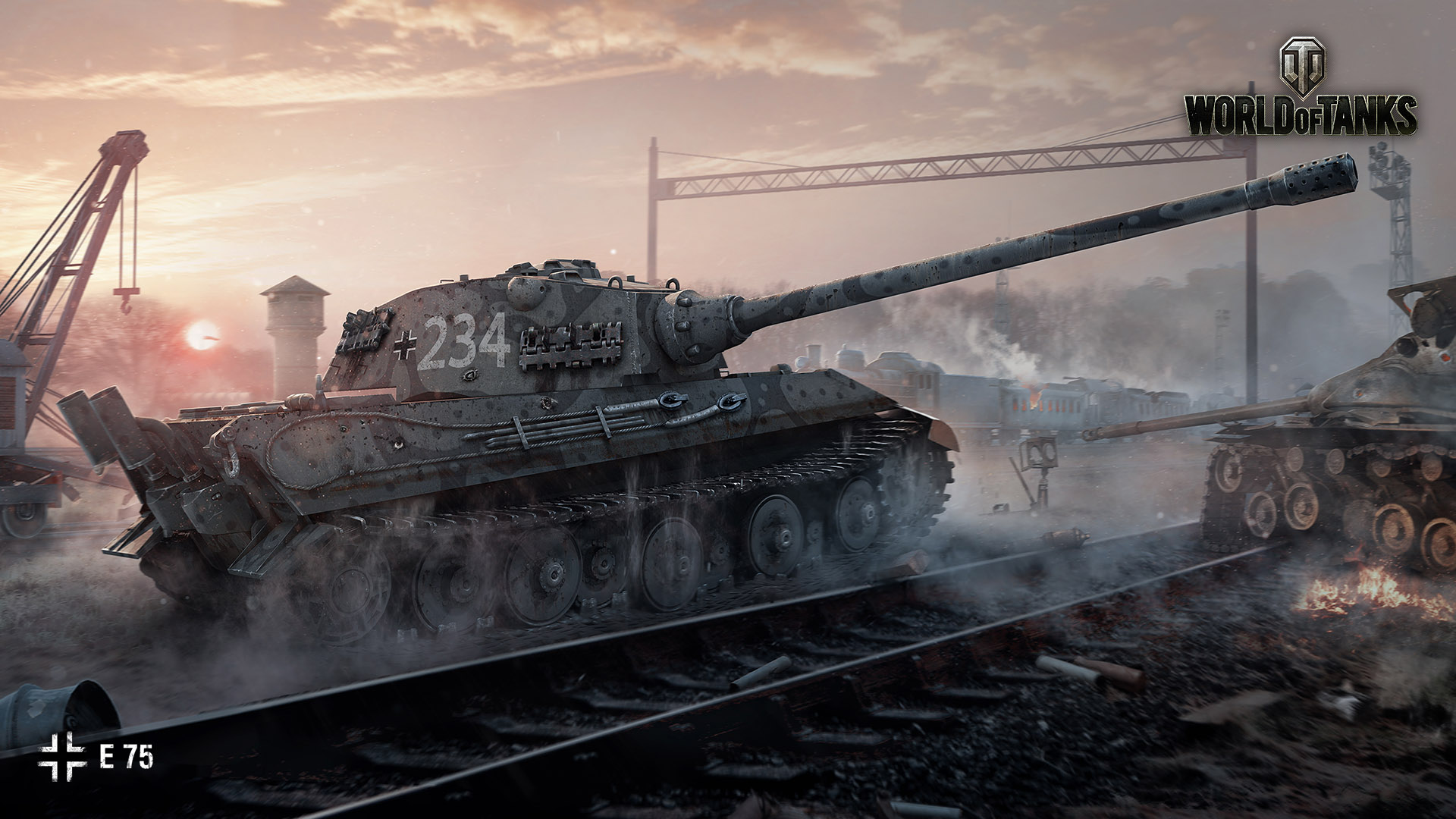 The mighty King Tiger, the German Tier 8 heavy tank. This was perhaps the most feared tank to see action during World War 2 and once you see it in the flesh you can begin to understand why!

Some history and commentary from the amazing Oinked, and gameplay by, well, me :P

Greetings fellow Edainers
Today it's all about the menacing Dol Guldur! 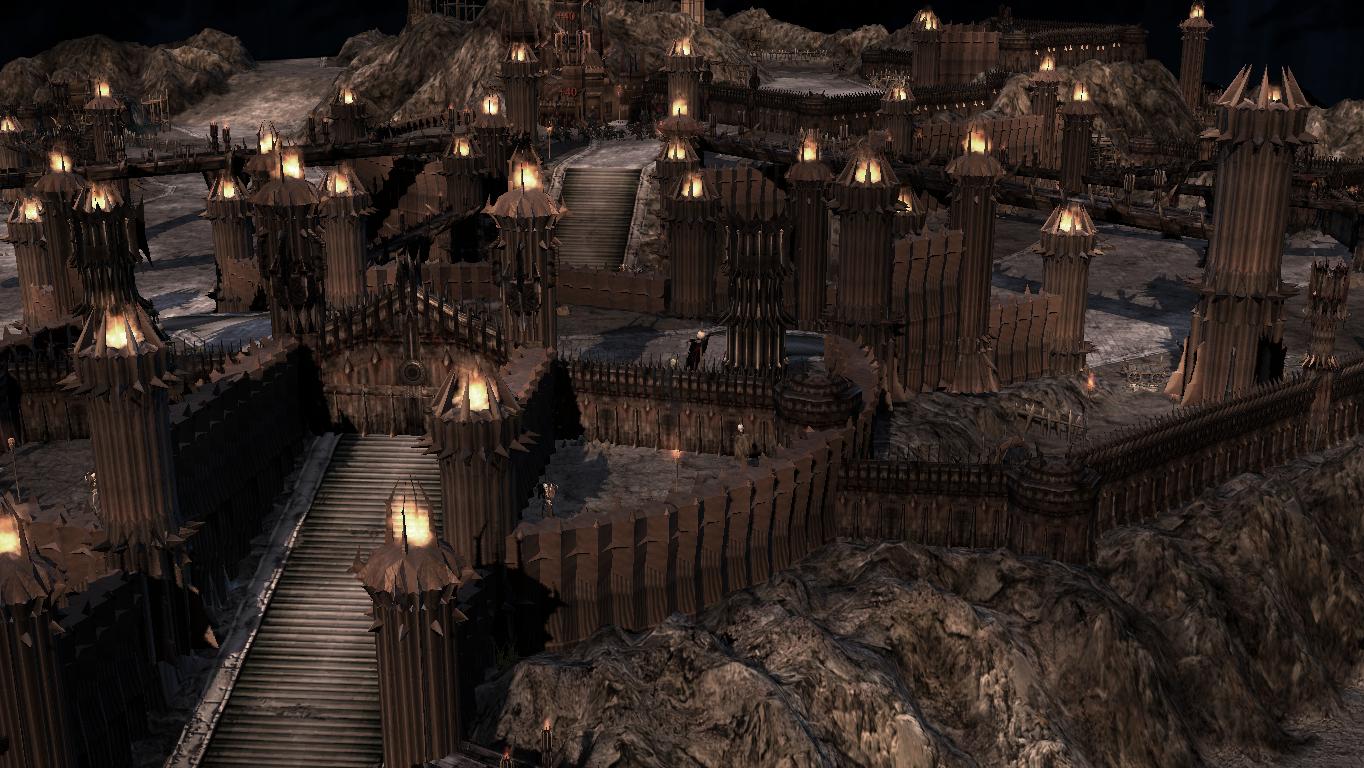 I've tried to make Dol Guldur more interesting to play by somewhat reinforcing its defenses in a unique way; in the vanilla, Dol Guldur was one of those fortress that after playing MinasTirith, MinasMorgul, Erebor,.. you would feel meh about it (all the defenses were basically a couple of catapults and weak walls that you can't rebuild,..). The fortress defenses are now focused on its sheer manpower (Orcpower for that matter :P ) and Khamul's dark presence. 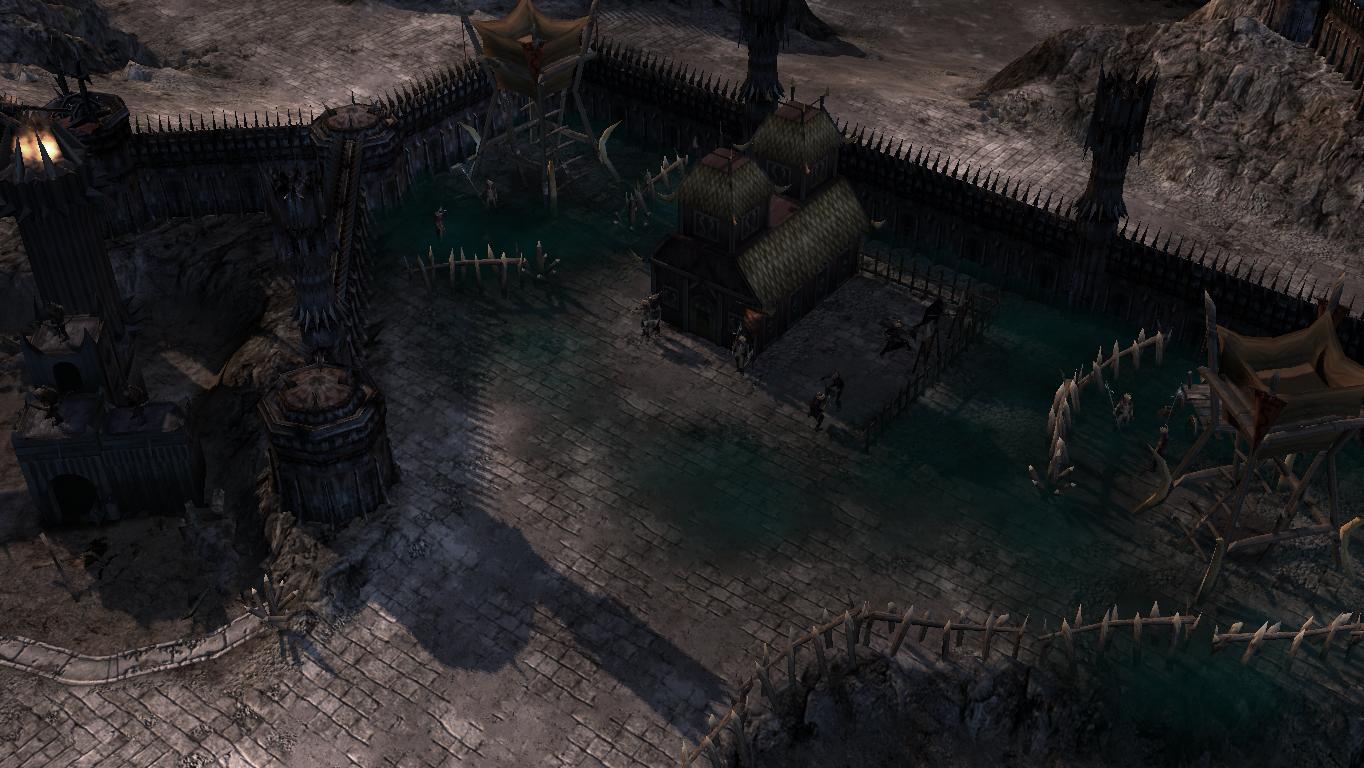 Dol Guldur didn't only have Orcs weaklings. Khamul relied a lot on his fearsome Easterlings who bring from Rhun Soldiers, Spearmen, and their well known heavy cavalry.

None who's been imprisoned in Dol Guldur ever returned the same (even returned at all!).
Finally, the prison building is now actually a useful one were Khamul uses his dark magic to torture and mutilate his prisoners, and change them to something else entirely! 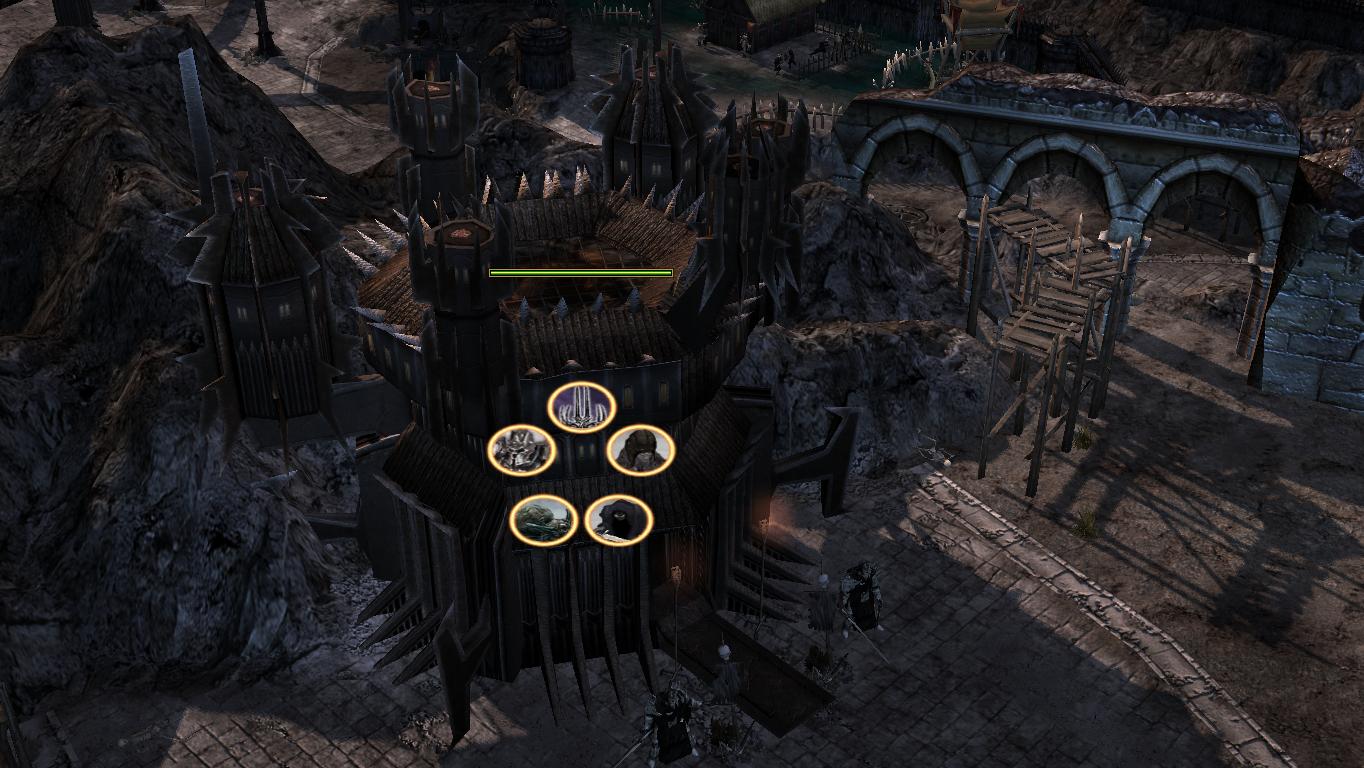 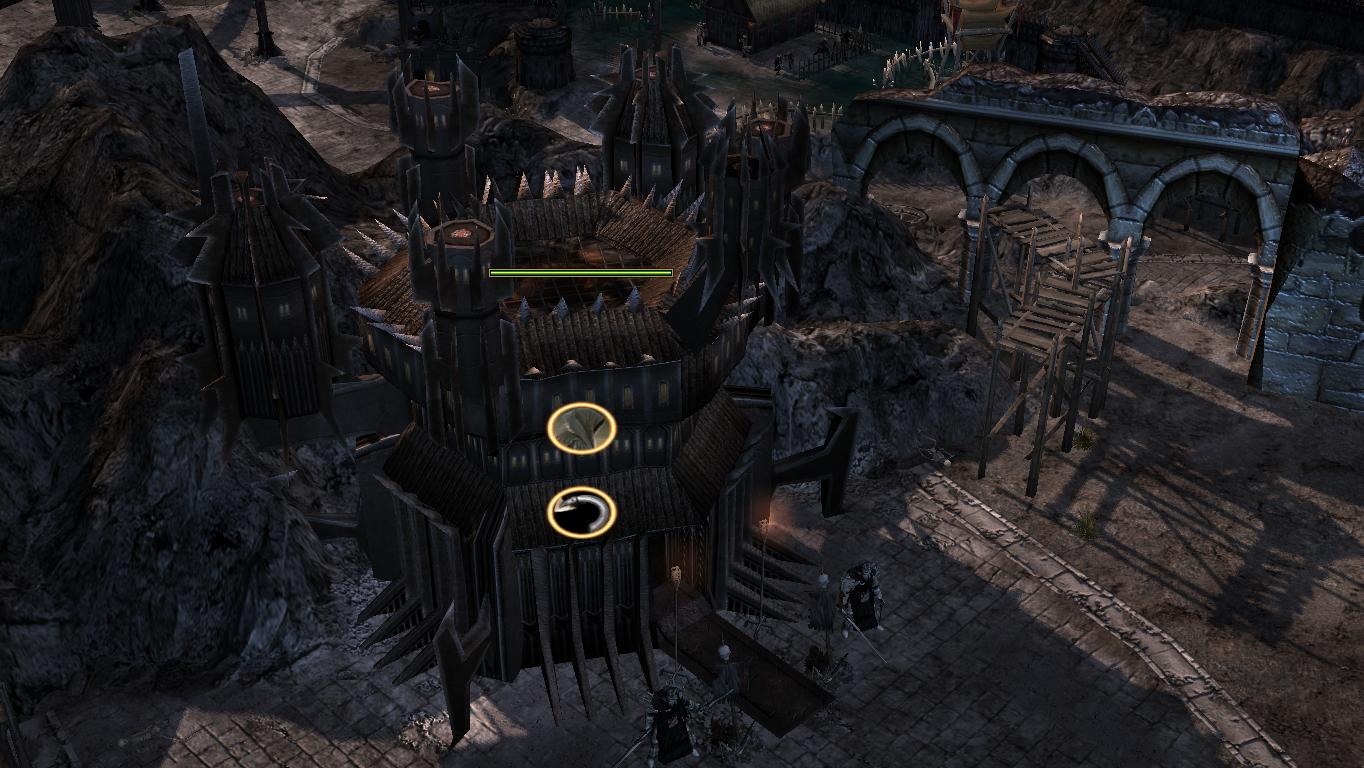 More to the defense:
The Citadel is now guarded by dedicated Castillans. 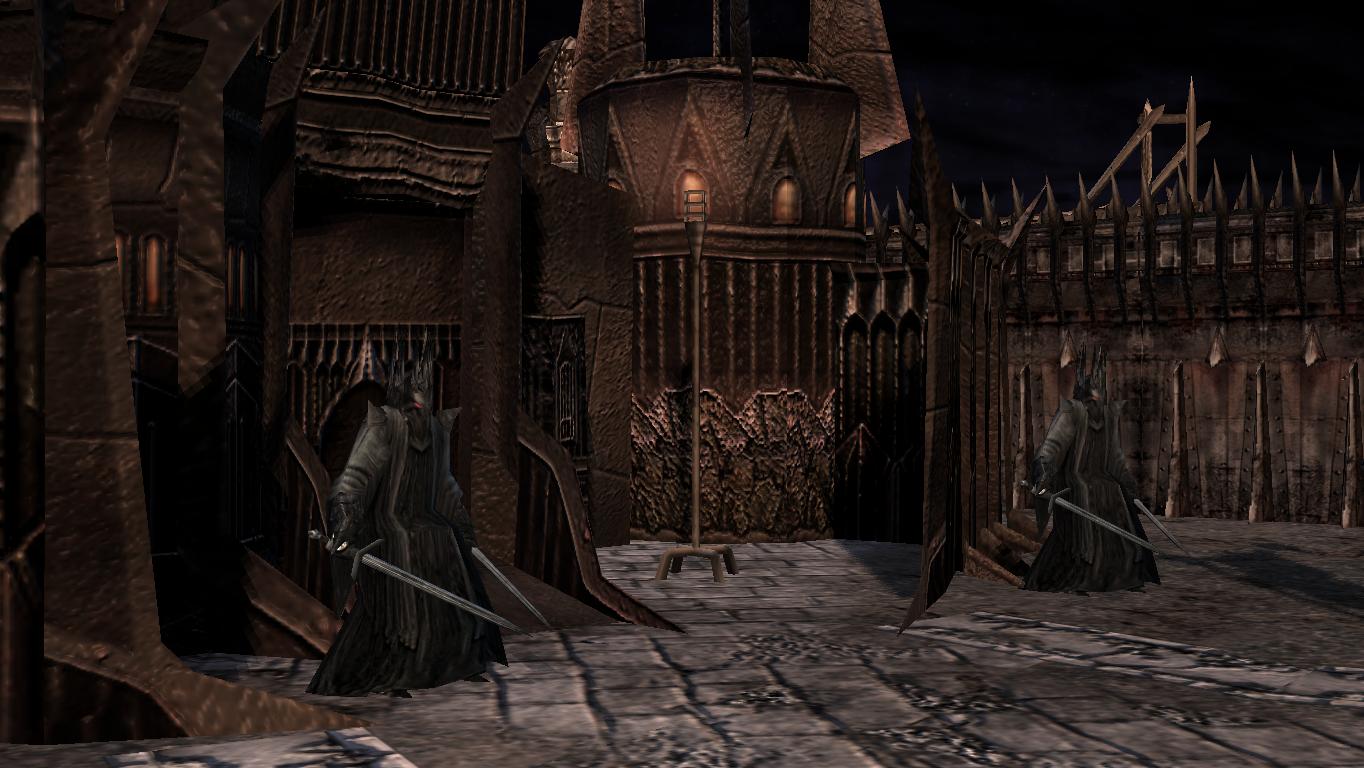 There are a couple of build plots on both sides of the fortress, which are quite useless since they're very open to all kind of attacks. I was hoping to do something about them, but I've run out of energy for this map :|
Also I'm not 100% content with the units produced from the Prison.
What do you think? Any alternate suggestion? Maybe something from the Misty Mountains once they come out?

Any suggestion is very welcomed.