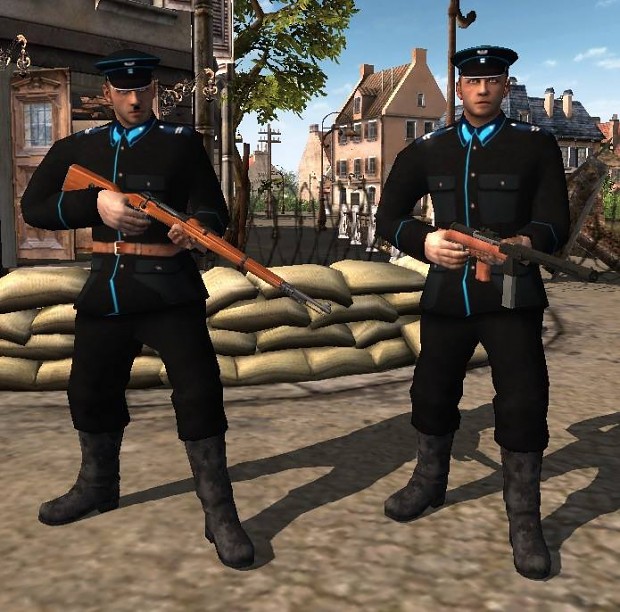 The Blue Police was the name given to civil security units who worked in the areas under German occupation of Poland during the General Government (1939-1944). The official name of the organization was "Polish Police in the General Government".
They served as police units of aid, particularly in the fight during the Warsaw Ghetto Uprising in 1943.