16-BIT Shock is retro video game developer founded by long-time game enthusiast and entrepreneur – Demos Antypas. Specializing in pixel art and FM-based chiptune in order to create the look and feel of classic arcade, console and computer games of the thrilling 16-bit era.

Demos is currently working on an exciting 2D shooting game for PC & iOS. Updates of this project will be revealed on this blog shortly.

There are many developers that I admire, mostly emanating from Japan, crafting video games as far back as the early 80’s. Growing up during that period I was fortunate enough to enjoy many early works from the likes of Capcom, Data East, Konami, Irem, Namco, Nichibitsu, Sega, Seibu Kaihatsu, SNK, Taito, Tecmo, Technos and Toaplan to name a few. My initial exposure to their games was through various arcade releases and home computer ports — some poor, some mediocre and others simply mind-blowing! 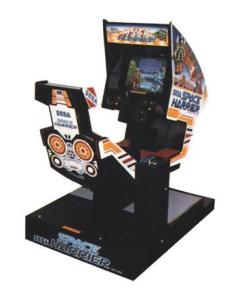 Be that as it may, time has moved on and so has technology. We’re now 30 years removed from back then and games have changed drastically. Furthermore, gamer tastes are quite different, at least within the mainstream. Retro gamers are still keeping the old flame burning on. Wonderful of them for doing so.

Personally, as a game creator, it would make sense to venture deeply into my own tastes and experiences within the medium. Taking a close look at both past and present examples in order to discover the pinnacle.

If I was obligated to pick only one era in the history of video games that could be clearly defined as exemplary, my answer would be the 16-bit era. Any true gamer worth his salt would respond likewise. The finest games, legendary console systems and revered coding houses were doing the business between 1987 to around 1995.

Great games were developed before and after this period, however the zenith particularly for 2D games occurred during the age of 16-bit. Keeping the fundamentals of the pioneering 8-bit generation, but enhancing and refining control, play, visuals and sound in such a way that a significant leap forward was achieved. 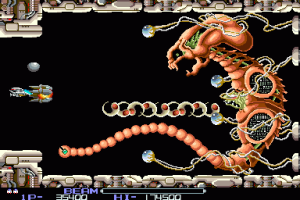 Irem knew a thing or two about making shmups

Which finally brings forth the point of this article. I choose to have a design philosophy, that is, purist to the core in following conventions that are steeped in tradition of that generation. Retaining the tight core game mechanics, challenge levels, intricately detailed pixel art and melodious chip music that made this amazing period. Avoiding to over-engineer and adding any unnecessary tropes found in modern gaming that would water down the final outcome.

Experimentation and some interesting surprises are destined to become part of my projects. Considering my approach is retrospective in nature, does not mean that I subscribe to any limiting convictions, in terms of game design and narrative. Plenty of room will be given to allow the unexpected to take place.

This Is For Retro Lovers

Have not even started...

No i am playing Dynasty Warriors 7 now!

Do you still play that game?

it is so hard