Welcome to the Penny Arcade Expo which Mod DB attended for the first time in 2008, with the aim of taking you behind the scenes - as we approach and talk to developers of mods and games also attending the conference.

Obsidian Entertainment developers talk about their experiences getting into the industry and how you can do it too. 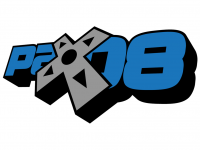 One of the more informative panels I had the privilege of attending today at PAX was called Beginning and Ending in Game Design. The speakers were developers from Obsidian Entertainment (KOTOR II, Neverwinter Nights 2). During the panel, they dispensed advice about how and what to do to help aspiring hopefuls break into the industry. Although the group of five speakers represented a wide variety of roles within their company, their experiences and advice all revolved around a few key factors. Factors that are well worth mentioning here, as many modders can get mired in the details of their own projects. 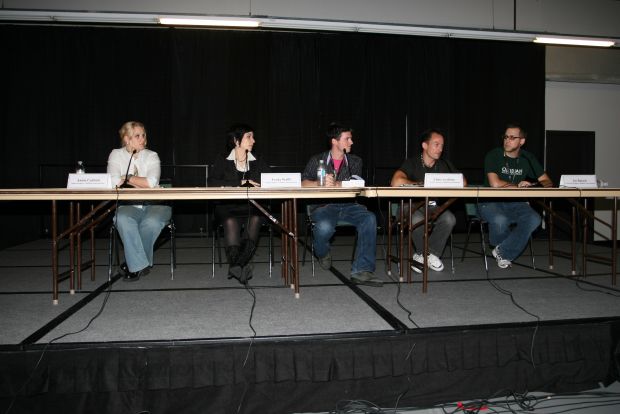 If you're dying to get into the games development industry, don't be averse to working your way up to your dream position from the bottom. Almost all of the speakers got their start in the industry through entry-level employment - either in the Customer Service or Quality Assurance departments. While they didn't get too deep into the horror stories (they all admitted to having at least a few), the Obsidian devs agreed that the experience early on in their careers helped them better understanding the entire process of making a commercial game. This learning period also helped them develop skill sets (dealing with people, anger management) that they would use as they moved on. Once they had their foot in the door, they were able eventually move laterally into their specific areas of choice. It's nice to hear about those happy stories of people getting hired and being able to work directly on a game from the onset. However, you have to be prepared to take another route if the same process isn't working for you. 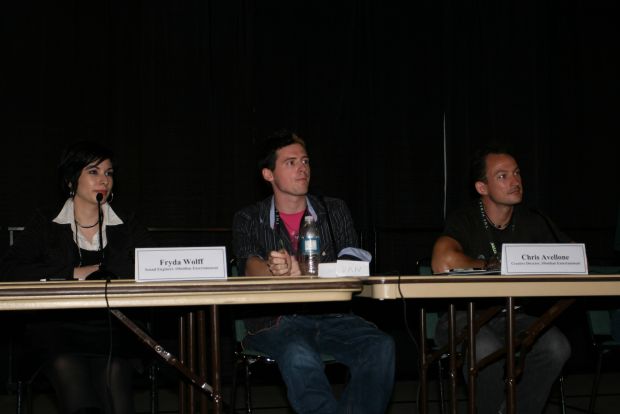 The games industry is all about delivering entertainment products under deadlines. Milestones have to be achieved and this usually leads to overtime. Grueling and unethical work schedules aside, working in game development does not favor those looking for a 9 to 5. Potential employees must be able to demonstrate their ability to deliver on a constant basis. One sound designer on the panel, Fryda Wolff, had started out editing voiceovers into Everquest 2. It wasn't until after some time of pleading for more sound work to do that one of the senior sound designers mentored her. "He kept asking me to do more and more, thinking I would break, but I just didn't say no.", says Wolff.

Passion for creating games is also directly tied to being persistent and consistent in the game industry. Chris Avellone, Creative Director and Lead Designer at Obsidian first got his start designing Pen and Paper games for next to nothing. He eventually moved on to Interplay as a designer for their D&D games as a result of his previous experience.

Released mods were also recognized as a major plus to any portfolio. Practicing game design in your spare time is a great example of displaying not only your skills but your passion for developing games. Panel speakers couldn't see any cons to working on a mod, with the exception of taking on a project that's too ambitious. 'Don't try to do everything' were the exact words, I think. Hmm, maybe I should add '+ Realistic' to the heading? 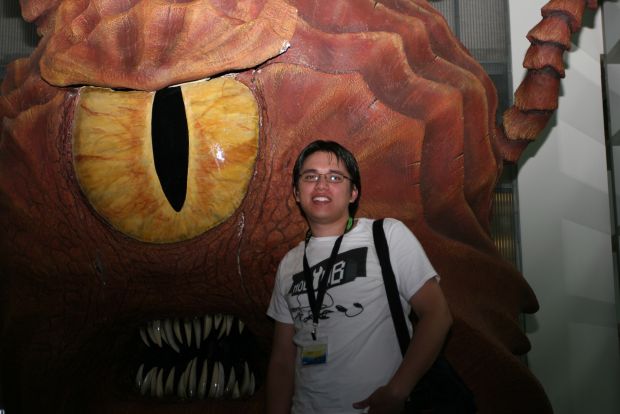 This last point was one that was probably echoed the most throughout the panel. You can be the most talented level designer in the world, but if you're a dick - then no one is going to want to work with you. If you want to be in the games industry, there's ways you can get involved now. Join the IGDA. Read and join the developer communities on sites like Gamasutra and Gamedev. If you can, attend conferences or special events related to game development. If you're a modder, then learn how to effectively promote your mod right here on ModDB. Social networking sites shouldn't be overlooked either. LinkedIn is a prime source for developing and maintaining contacts. Myspace and Facebook, although hopelessly emo-ridden, have career sections where you can search for people involved in games development. Making friends with someone just to get your foot in the door may seem a like a bit of a sham, but there's a point to it. Getting along with people within a company before starting work there is a good way to resolve any possible personality conflicts. Finding a way to get along with everyone you work with is an essential asset, as you'll likely come across familiar faces even when transitioning to a new job or your first job in the industry.

All of these points are simple and straight-forward, but I hope that it serves as a bit of a refresher for many of you. Getting a job in the industry is an attainable goal. Hopefully this article has put you one step closer to achieving it. Good luck!

Thats great, thanks a lot Ryan. Where was Pax held?

Join the IGDA? I thought that costs money, like $50 a year or something. I don't know if that is worth it since really they're just giving you access to parts of their website. If anyone does think its worth it please explain.

Gammasutra is by far the best source for finding a job, they have a listing of EVERY developer in the world so all you've got to do is search for ones in your area and hope for the best :D. And best of all its FREE. Just click on the "companies" link at the top of the page.

Dude, you guys still there? I didn't see you guys when I was there for the past two days.

It's just me, still one more day to go though. Send me a PM with your contact details if you want to meet up for lunch or something. I usually keep pretty busy with panels and meetings. Haven't even had much time to play any of the big marquee games yet except for Far Cry 2 (it's awesome).

Ah, unfortunately I saw this comment too late, otherwise I would have gone to lunch. Yeah, I won a free Farcry 2 game from Ubisoft today. Glad to hear that it is fun.

Doesn't really explain how to get into games development. Except, be customer service and you'll get there :p

Well there's nothing in the title about "how to get into the industry" :P
It was fun to read and inspiring.

Obsidian Entertainment developers talk about their experiences getting into the industry and how you can do it too.

lol.. well they hint at the typical ways to get in but that's about it, they're not exactly telling us how to do it, just giving us hints.

Though if you're really that serious you probably already knew all this anyway (I know I did since I got into the industry the same way.. sorta).

Like Cyberpunk has stated, this article is really only a jumping off point for many. The information presented may be obvious to some but there's a lot of people out there who could stand to improve their chances by doing more to "sell" themselves.

Thanks for the article. Must have been an interesting conference.

Thanks for the article.

Nice article Ryan! I was hoping Antonio Govela was going to be one of the panelists as he was one of the guys who started Noesis Interactive and then got a job at Obsidian as a Animation Technical Director (working on the new Aliens game, whoo hoo!). Great job on the article and the best line is "Myspace and Facebook, although hopelessly emo-ridden...." (Does ModDB even have Myspace or Facebook pages?) Stenchy FTW!